CAIRO, Egypt (AP) — Residents of the Yemeni capital recounted on Monday the horror of a large explosion a day…

CAIRO, Egypt (AP) — Residents of the Yemeni capital recounted on Monday the horror of a large explosion a day earlier that killed 13 civilians, including seven children, and wounded more than 100 — the cause of which is still unclear.

Witnesses said Sunday’s blast at a warehouse in the heart of Sanaa damaged nearby schools, destroyed homes and left houses without walls or doors as far as 400 meters (440 yards) away.

The Houthi rebels, who gained control of the capital in 2014, said on Sunday that the Saudi-led coalition had targeted the warehouse with an airstrike. The coalition denied carrying out any strikes in the area.

The state-run news agency in Aden, aligned with the internationally-recognized government, said the rebels had stored weapons at the warehouse.

Some families and residents of the district of Sawan said the explosion occurred after a fire erupted inside the warehouse. They said a fire sent columns of white smoke rising into the air, followed by the explosion. Their accounts were confirmed by several videos filmed by bystanders.

“First there was smoke rising and then I heard men running from inside the warehouse shouting ‘Run run,'” one witness said. “Then a huge explosion knocked me down. I didn’t know what was happening. I woke up to the sight of a woman turned to pieces. The shattered glass cut her into pieces.”

Another resident said his daughter was knocked out of his arms and into the air by the blast. He eventually found her alive under plastic bags and rubble.

A spokesman for the Saudi-led military coalition, Col. Turki al-Malki, said Houthi claims of an airstrike were “baseless” in an interview Sunday from Riyadh with Sky News Arabia.

The coalition has been at war with the Houthis since 2015 in a conflict that has killed tens of thousands of people and pushed the Arab world’s poorest country to the brink of famine. 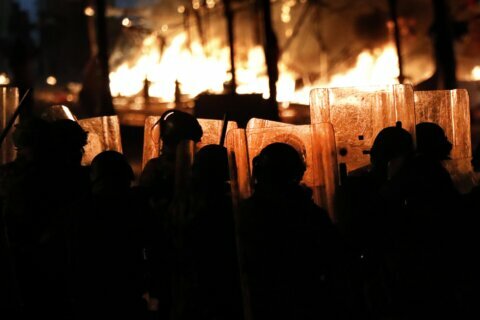 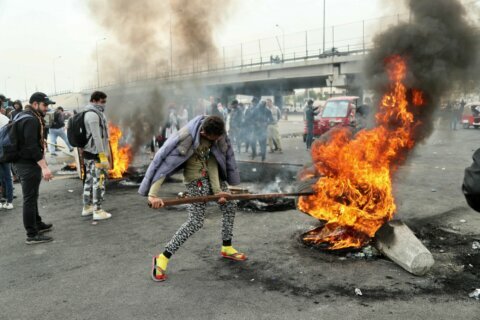 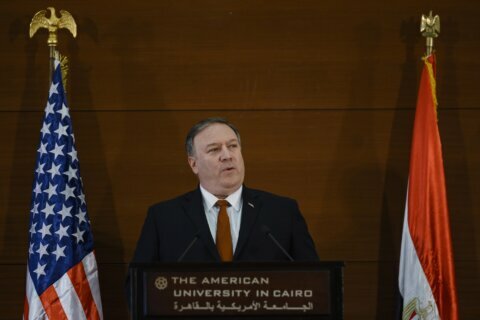 Pompeo angry over death of US citizen jailed in Egypt