GAZA CITY, Gaza Strip (AP) — Palestinians in the Hamas-ruled Gaza Strip resumed a minor pilgrimage to Saudi Arabia, known as the “umrah,” on Sunday after nearly five years of an Egyptian ban.

The first convoy of 800 Palestinians passed into Egypt through Gaza’s Rafah crossing. Airplanes will carry the Palestinians from the Egyptian capital to Mecca, Islam’s holiest city.

“It’s an incredible feeling, thank God for that. We have waited for this moment since 2014,” said Fathia Abu Eita, a passenger on the Cairo-bound bus.

Egypt halted the umrah program for Gazans in 2015 over instability in the northern Sinai that borders the Palestinian enclave, but still allowed transit for the main hajj pilgrimage.

Egypt largely sealed off its border with Gaza when the Hamas militant group forcibly wrested control from the Western-backed Palestinian Authority in a 2007, after winning legislative elections a year earlier. As Cairo’s relations improved with Hamas, Egypt started reopening the border more regularly last summer, in part pressured by Hamas’ violent demonstrations against the crippling Egyptian-Israeli blockade.

Over the past few years, Egypt’s military has ratcheted up its battle against Islamist militants in the northern Sinai. Hamas has also restricted the movement of militants on its side of the border, helping to pacify the restive region and paving the way for the resumption of the umrah.

Palestinian officials said Egypt and the West Bank-based Palestinian Authority had reached an agreement to permit the pilgrimage. 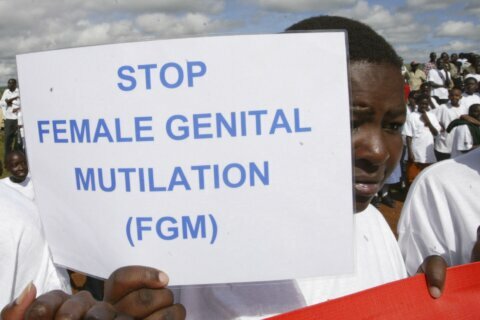