JERUSALEM (AP) — Israeli shelling of the Gaza Strip on Tuesday killed a Palestinian militant and wounded four others shortly after an Israeli soldier was shot on the border of the coastal enclave, authorities said. Following the incident, Israel said it would halt a key transfer of Qatari funds to the Gaza Strip.

The Israeli military said that an officer was lightly wounded after a bullet hit his helmet “during a riot in the southern Gaza Strip” and that Israeli tanks fired at a Hamas militant position in response.

The Gaza health ministry confirmed that the shelling killed a 24-year-old man and injured four people, one seriously.

Mahmoud al-Nabahin was a member of Hamas’ armed wing known as the Qassam Brigades, the group said in a statement.

Later Tuesday, Israeli aircraft carried out multiple strikes on a Hamas military site in northern Gaza Strip, saying the Islamic group bears responsibility for violence emanating from the territory, Israel’s military said in a statement. There were no reports of casualties.

The violence escalated tensions at a sensitive time for both Gaza’s Hamas rulers and Israel.

A senior Israeli official said Prime Minister Benjamin Netanyahu decided to halt Wednesday’s planned transfer of $15 million in Qatari funds for Hamas to pay salaries for civil servants. The official spoke on condition of anonymity because he was not authorized to talk to the media.

Netanyahu has previously stipulated that the cash injection was contingent upon calm along the Gaza border.

For months, Hamas has held weekly protests along several sections of the Gaza-Israel perimeter fence, driven largely by economic hardship caused by the 11-year Israeli-Egyptian blockade of Gaza.

Qatar, a go-between for Hamas and Israel, is trying to mitigate the crisis in Gaza and consequently quieting the protests to prevent an all-out war between Gaza militants and Israel.

Since they were launched in March, more than 185 Palestinians were killed in the demonstrations. An Israeli soldier was shot dead in July by a Gaza sniper. 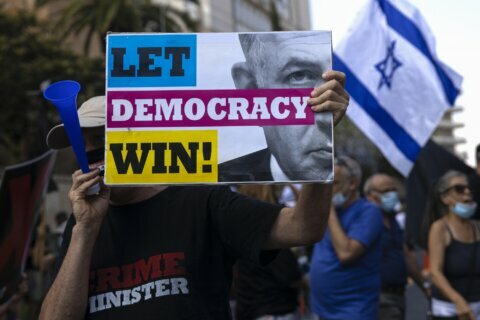 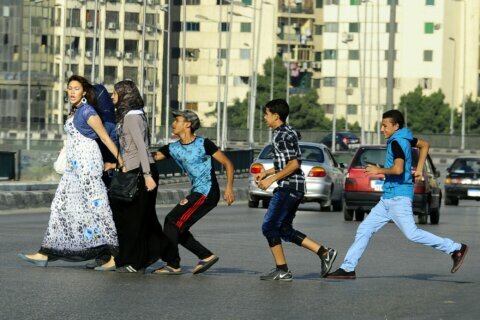