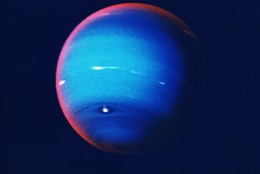 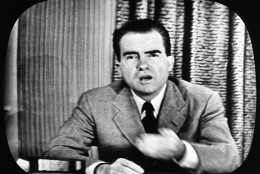 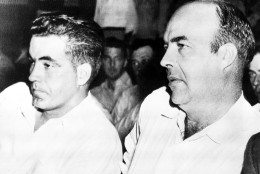 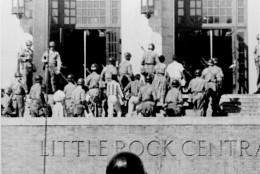 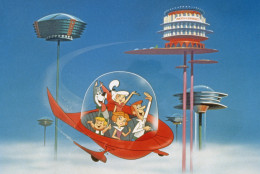 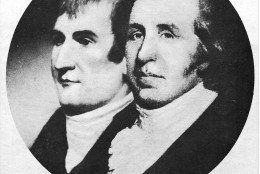 On Sept. 23, 1806, the Lewis and Clark expedition returned to St. Louis more than two years after setting out for the Pacific Northwest.

In 63 B.C., Caesar Augustus, the first Roman emperor, was born.

In 1780, British spy John Andre was captured along with papers revealing Benedict Arnold’s plot to surrender West Point to the British.

In 1846, Neptune was identified as a planet by German astronomer Johann Gottfried Galle (GAH’-luh).

In 1926, Gene Tunney scored a ten-round decision over Jack Dempsey to win the world heavyweight boxing title in Philadelphia.

In 1949, President Harry S. Truman announced there was evidence the Soviet Union had recently conducted a nuclear test explosion. (The test had been carried out on Aug. 29, 1949.)

In 1952, Sen. Richard M. Nixon, R-Calif., salvaged his vice-presidential nomination by appearing on television from Los Angeles to refute allegations of improper campaign fundraising in what became known as the “Checkers” speech.

In 1955, a jury in Sumner, Mississippi, acquitted two white men, Roy Bryant and J.W. Milam, of murdering black teenager Emmett Till. (The two men later admitted to the crime in an interview with Look magazine.)

In 1957, nine black students who’d entered Little Rock Central High School in Arkansas were forced to withdraw because of a white mob outside.

In 1987, Sen. Joseph Biden, D-Del., withdrew from the Democratic presidential race following questions about his use of borrowed quotations and the portrayal of his academic record.

In 2005, Hurricane Rita, down to Category 3, steamed toward refinery towns along the Texas-Louisiana coast, creating havoc even before it arrived; levee breaks caused new flooding in New Orleans, and 23 people were killed when a bus carrying nursing-home evacuees caught fire in Texas.

Ten years ago: President Barack Obama addressed the U.N. General Assembly, where he challenged world leaders to shoulder more of the globe’s critical burdens, warning they could no longer castigate the U.S. as a go-it-alone bully while still demanding it cure all ills.

Five years ago: In the first international test for his climate-change strategy, President Barack Obama pressed world leaders at the United Nations to follow the United States’ lead on the issue. The U.S. struck the al-Qaida-linked Khorasan group with Tomahawk missiles and other ordnance near Aleppo in northwestern Syria based on fears it was planning terrorist attacks on the U.S. and Europe. A man wearing his work uniform opened fire inside a UPS sorting facility in Birmingham, Alabama, a day after he was fired from the company, killing two supervisors before committing suicide.

One year ago: As negotiators reached agreement on a hearing at which Supreme Court nominee Brett Kavanaugh and the woman accusing him of sexual assault, Christine Blasey Ford, would testify, there was a second allegation of sexual misconduct by Kavanaugh; the second accuser said it took place during Kavanaugh’s first year at Yale University. More than a week after Hurricane Florence slammed into the Carolinas, rivers continued to rise, with thousands of coastal residents being warned that they may need to leave their homes. Capping a comeback from four back surgeries, Tiger Woods won the Tour Championship in Atlanta, the 80th victory of his PGA Tour career and his first in more than five years.