U.S. Capitol Police are investigating a report that Maryland Representative Andy Harris attempted to bring a gun into the House chamber Thursday. “The USCP is investigating the matter,” officials confirmed to CBS Baltimore.

According to a story in HuffPost, Harris, a Republican, set off metal detectors while trying to enter, then a security guard spotted the concealed gun using a metal detector wand. 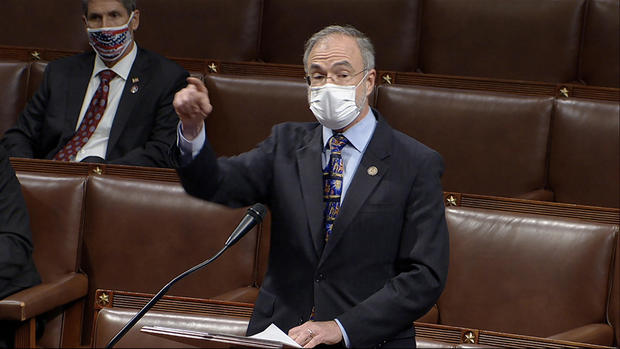 In this image from video, Representative Andy Harris, R-Maryland, is speaking on the House floor on January 7, 2021.

House members are allowed to carry firearms on Capitol grounds, but not onto the House floor.

Officers refused to let Harris in, so he left and returned without the gun, then was allowed onto the floor, HuffPost said.

New security measures, including the metal detectors, were put in place following the deadly Capitol riot on January 6.

CBS Baltimore reached out to Harris’ office for comment but hadn’t heard back as of late Thursday night.