A Maryland man described by the FBI as a member of the anti-government “boogaloo” movement has been arrested on a gun charge, court records show.
Listen now to WTOP News WTOP.com | Alexa | Google Home | WTOP App | 103.5 FM

COLLEGE PARK, Md. (AP) — A Maryland man described by the FBI as a member of the anti-government “boogaloo” movement has been arrested on a gun charge, court records show.

Frank William Robertson Perry, 39, remained jailed after his initial appearance in federal court on Friday by video conference. He has a detention hearing set for Oct. 19.

Perry was arrested Wednesday on a criminal complaint charging him with illegal possession of a firearm. He is prohibited from possessing a firearm or ammunition due to a 2002 burglary conviction, the FBI said.

The FBI identified Perry as a member of the boogaloo movement in September, an agent wrote in seeking a warrant to search the Dundalk home he shares with his girlfriend. Boogaloo adherents are part of a loose, anti-government, pro-gun extremist movement. The name is a reference to a slang term for a sequel — in this case, a second U.S. civil war.

Court records don’t specify why the FBI’s Joint Terrorism Task Force opened its investigation of Perry, who posted images associated with the boogaloo on a Facebook account that the FBI says belongs to him..

Some boogaloo promoters insist they aren’t genuinely advocating for violence. But the boogaloo movement has been linked to a recent string of domestic terrorism plots, including the arrests of three Nevada men accused of conspiring to incite violence during protests in Las Vegas.

Authorities also said they found a boogaloo connection in the fatal shooting of a federal security officer outside an Oakland courthouse and the ambush killing of a California sheriff’s deputy. Steven Carrillo, an Air Force sergeant charged with the killings, was tied to the boogaloo movement from social media posts.

Some white supremacists groups have adopted the term as slang for a race war or collapse of the U.S. government.

“The Boogaloo is not a single cohesive group, but rather a loose concept arising from internet platforms which has become a rallying point for some extremists,” FBI Special Agent Patrick Straub wrote in an affidavit dated Tuesday.

Supporters have shown up at protests over COVID-19 lockdown orders and protests over racial injustice, carrying rifles and wearing tactical gear over Hawaiian shirts. The shirts are a reference to “big luau,” a riff on the term boogaloo. The movement is named after “Breakin’ 2: Electric Boogaloo,” a 1984 sequel to a movie about breakdancing.

Agents who searched Perry’s home on Wednesday seized a rifle, ammunition and other firearms-related accessories, according to the FBI.

The FBI says Perry’s girlfriend purchased the lower receiver of a rifle at a gun store in Baltimore County in April, stating on a government form that she bought it for herself. But the FBI said investigators reviewed the girlfriend’s social media accounts and didn’t find any evidence that she is interested in firearms or capable of assembling her own rifle.

“The profile also contained numerous saved or pinned pictures of firearms and ammunition, information on how to manufacture gun powder, and various statements regarding one’s obligation to fight against a tyrannical government,” the agent’s affidavit says.

Perry’s girlfriend hasn’t been arrested or charged in the case, according to a spokeswoman for U.S. Attorney Robert Hur’s office.

Perry is represented by Desiree Lassiter, an assistant federal public defender. Lassiter didn’t address the allegations against her client during Friday’s hearing and declined to comment after it ended. 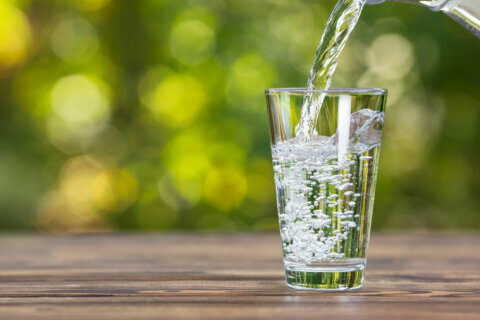