Case against man linked to extremist group could be near end

Federal prosecutors and defense attorneys may be close to resolving the criminal case against a Maryland man whom the FBI linked to a violent white supremacist group, a court filing says.
Listen now to WTOP News WTOP.com | Alexa | Google Home | WTOP App | 103.5 FM

COLLEGE PARK, Md. (AP) — Federal prosecutors and defense attorneys may be close to resolving the criminal case against a Maryland man whom the FBI linked to a violent white supremacist group, a court filing says.

In Friday’s status report, Assistant U.S. Attorney Thomas Windom said efforts to resolve the case against William Bilbrough IV have been “slowed somewhat” by defense attorneys’ ability to confer with their jailed client and “the timing of facility mail,” an apparent reference to the jail.

“The parties expect disposition in this case within the next month. If no such disposition is achieved, the parties propose setting a deadline for an additional status report (on Nov. 9),” Windom wrote.

Bilbrough’s attorney, Robert Bonsib, declined to comment Sunday on the status of the case or WIndom’s court filing.

Bilbrough, of Denton, Maryland, was 19 when FBI agents arrested him and two other men in January as part of a broader investigation of The Base. Authorities said the three men were members of the group and that its goal was to accelerate the overthrow of the U.S. government and replace it with a white supremacist regime. Authorities in Georgia and Wisconsin also arrested four other men linked to The Base.

U.S. Army veteran Brian Mark Lemley Jr., of Elkton, Maryland, and Patrik Mathews, a former Canadian Armed Forces reservist, pleaded not guilty in Maryland to federal charges including transporting a firearm and ammunition with the intent to commit a felony. Bilbrough pleaded not guilty to charges that he helped transport and harbor Mathews, who is accused of illegally entering the U.S. from Canada.

Lemley and Mathews discussed “the planning of violence” at a gun rights rally in Richmond, Virginia, in January, according to prosecutors.

Lemley and Mathews also face separate but related federal charges in Delaware, where they shared a home. A closed-circuit television camera and microphone that investigators installed in the home captured Lemley talking about using a thermal imaging scope affixed to his rifle to ambush unsuspecting civilians and police officers, prosecutors said.

“I need to claim my first victim,” Lemley said on Dec. 23, according to prosecutors.

“And the thing is you’ve got tons of guys who … should be radicalized enough to know that all you gotta do is start making things go wrong and if Virginia can spiral out to … full blown civil war,” Mathews said, according to prosecutors.

Bilbrough, who worked as a pizza delivery driver and lived with his grandmother, is the only defendant in the case who isn’t facing firearms-related charges. A prosecutor has said Bilbrough participated in early discussions about traveling to Richmond but had tried to distance himself from the group shortly before his arrest. 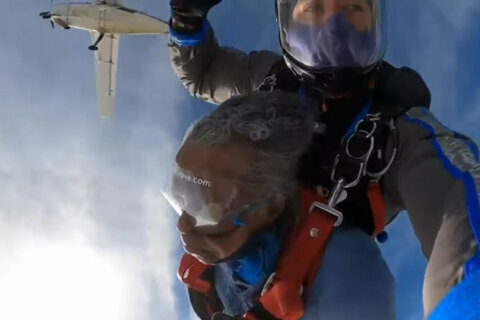