SILVER SPRING, Md. (AP) — Federal prosecutors recommended a three-year prison sentence for a former Maryland state lawmaker who pleaded guilty to charges she accepted more than $33,000 in bribes in exchange for legislative favors, including votes to increase the number of medical marijuana grower licenses.

The judge is scheduled to sentence Glenn, 69, next Wednesday. In separate court filings this week, prosecutors from U.S. Attorney Robert Hur’s office and defense attorney William Brennan outlined their respective arguments about whether Glenn should be jailed for her crimes.

“She sold her office to those who could afford to pay for an advantage,” prosecutors wrote Wednesday. “Glenn put her own selfish financial interests ahead of the public interest and the interests of the constituents who had elected her and placed their trust in her.”

Brennan said probation, along with home detention and community service, would be a reasonable sentence that reflects Glenn’s “significant accomplishments,” her age and her health. He cited the COVID-19 pandemic as a reason to spare her a prison term, saying she has a lung condition that makes her more vulnerable to dangerous symptoms.

“Her personal humiliation among friends and family has been intense. Her personal identity is no longer that of a legislator – it is as a convicted federal felon. That is significant deterrence,” Brennan wrote.

Glenn pleaded guilty in January to charges of honest services wire fraud and bribery. She served as a state delegate from January 2007 until her resignation in December, days before the charges were unsealed.

Glenn accepted five bribe payments totaling $33,750 over an 11-month period in 2018 and 2019, according to prosecutors. The first bribe she took, a $3,000 payment, was in exchange for votes in favor of legislation that increased the number of medical marijuana grower licenses in Maryland from 15 to 22 and setting a new cap of 28 processing licenses, prosecutors said. The bill was signed into law.

“Glenn did this to benefit an out-of-state medical marijuana company that was seeking a license,” prosecutors wrote.

She also took $20,000 in bribes in exchange for requesting the drafting of a bill to create a new liquor license and accepted a $5,000 bribe in exchange for filing a bill lowering the number of years of experience required for a medical director of an opioid clinic, from three years of medical practice to two, prosecutors said.

Brennan said Glenn faced serious financial difficulties after the death of her husband in 2015.

“She was alone, she was in financial despair and she succumbed to temptation offered by a person who she thought was a friend,” he wrote.

Prosecutors, however, said Glenn instigated the bribery scheme and was a politician “at the height of her powers” when she took bribes.

“More than home confinement is required to deter Maryland politicians from taking bribes,” they wrote.

Brennan said his client overcame “tremendous hardships” as a child, young woman and adult “to rise to a position of respect through her extensive public service.”

“Ms. Glenn has not lived a sophisticated or glamorous life,” he wrote. “She does not own luxurious homes, drive expensive automobiles, wear fancy clothes, purchase opulent jewelry, or take exotic vacations.” 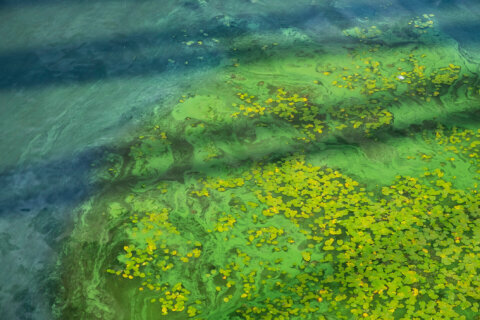