The letter from Michael Jones, the lead counsel for The Coalition for Equity and Excellence in Maryland Higher Education, comes after mediation failed in July in a case that is more than 12 years old.

In the letter, Jones noted that Mississippi settled its HBCU case involving three schools nearly 20 years ago for about $517 million, which is about $791 million in today’s dollars when adjusted for inflation.

“If Mississippi could afford to pay the equivalent of $791 million, surely Maryland can afford a lesser amount to remedy its constitutional violation,” Jones wrote in a letter to federal and state lawmakers.

Jones added that the state should have been making plans to meet the financial obligation over the past 13 years, since the state’s attorney general warned officials in 2006 that the state was “vulnerable legally” for its treatment of HBCUs in Maryland.

The money would allow the HBCUs to develop and launch a number of new, independent academic programs of the kind the state promised to provide in a 2000 agreement ordered by a federal judge in Maryland, Jones wrote.

“This would allow the schools to hire quality faculty to run the programs,” Jones wrote. “In addition, these funds would be used to provide scholarships that would enable the HBCUs to better compete for students and provide for substantial rebranding to offset the State’s decades of stigmatization of the HBCUs.”

The colleges say the state underfunded them while developing programs at traditionally white schools. A federal judge ruled in favor of the HBCUs in 2013, saying the state unnecessarily duplicated programs.

Earlier this year, the 4th U.S. Circuit Court of Appeals ordered a fourth attempt at mediation.

Gov. Larry Hogan’s administration proposed a settlement last year of $100 million over 10 years. State lawmakers in the Legislative Black Caucus of Maryland who met with the governor in February said after meeting that the amount was inadequate.

Michael Ricci, Hogan’s spokesman, said the governor dedicated $1.15 billion to the state’s HBCUs in his first five years in office, something no other governor has done in Maryland.

“In that spirit, we negotiated in good faith, making a generous offer and dramatically increasing that offer,” Ricci said. 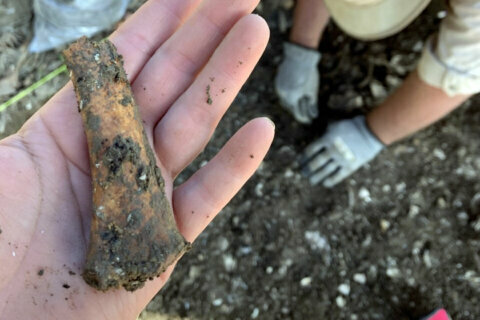