I-95 reopens after fatal Md. crash 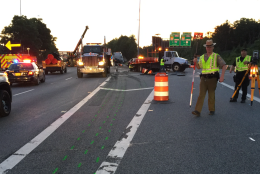 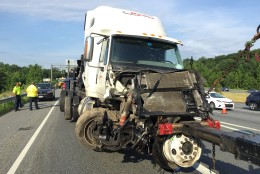 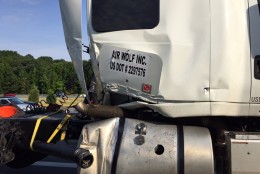 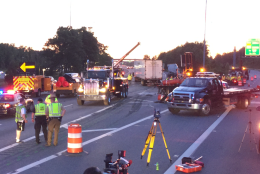 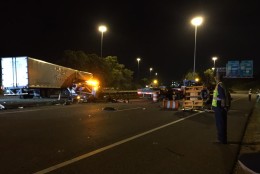 EARLIER: WASHINGTON – A construction worker was killed early Thursday morning when a tractor-trailer crashed into a construction site on Interstate 95 in Beltsville, Maryland.

The crash happened at about 1:30 a.m. at Md. 200, and killed a 62-year-old construction worker from Pennsylvania. Cpl. Justin Zimmerman, with the Maryland State Police, says that the truck was heading north on 95 when it failed to follow a bend in the road. It crashed into an attenuator truck with a flashing arrow on it, pushing it into another construction vehicle. The truck continued on to hit that vehicle as well, then the worker.

Zimmerman says that the contractors working on the road had all safety equipment in place. At the time of the crash, he says, the right lane and the ramp were closed due to the construction. Zimmerman adds that investigators are checking the truck driver’s logs to determine where he was coming from.

The driver of the tractor-trailer was taken to Prince George’s County Hospital with what Zimmerman described as non-life-threatening injuries.

The three left lanes are getting by on I-95; the state police are still working to reconstruct the accident. 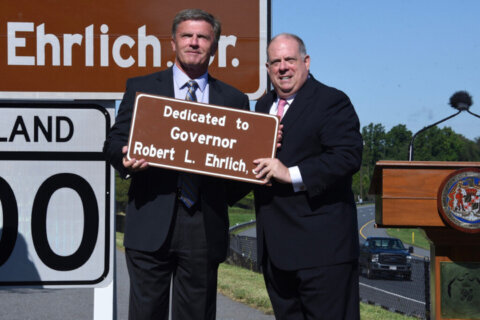