A trafficking network that ferried drugs from the Sinaloa cartel in Mexico through California to multiple drug dealing organizations around the nation's capital has been dismantled.
Listen now to WTOP News WTOP.com | Alexa | Google Home | WTOP App | 103.5 FM
(1/4) 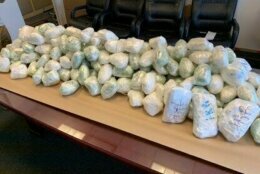 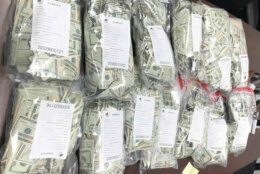 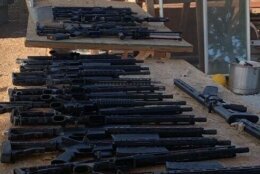 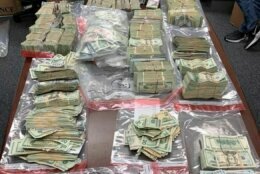 ALEXANDRIA, Va. (AP) — A trafficking network that ferried drugs from the Sinaloa cartel in Mexico through California to multiple drug dealing organizations around the nation’s capital has been dismantled, according to local and federal officials.

An investigation that began in 2017 with work from a Loudoun County sheriff’s deputy assigned to a federal task force eventually stretched to seven states and resulted in more than 30 arrests, the seizure of more than 100 firearms; $6 million in cash, jewelry and other assets; 473 pounds (215 kilograms) of methamphetamine; 42 kilograms of fentanyl; and 129 kilograms of cocaine.

At a time when drug overdoses have been on the rise during the pandemic, getting those drugs off the streets “undeniably spared the lives of countless members of our communities,” said Raj Parekh, acting U.S. attorney for the Eastern District of Virginia.

The distributors from California linked to the Sinaloa cartel — once led by Joaquin “El Chapo” Guzman — were also suppliers to a drug crew in Dayton, Ohio, that was connected to the 2019 slaying of Dayton police Officer Jorge Del Rio, 55, who was shot while executing a search warrant as part of a Drug Enforcement Administration task force, said Jarod Forget, special agent in charge of the DEA’s Washington Division.

One specific seizure in Loudoun County that included 50 kilograms of cocaine and $1.4 million in cash was the largest seizure in county history, Sheriff Mike Chapman said.

Seven drug dealing organizations operating in and around the nation’s capital were dismantled as part of what agents dubbed Operation Angels Envy, officials said.

In Alexandria earlier this year, Romaine Anthony Dixon, 32, of Camp Springs, Maryland, was sentenced to nearly 12 years in prison for his role in the conspiracy. Another Maryland man, Roger Vincent 42, of Temple Hills, has been sentenced to 15 years. 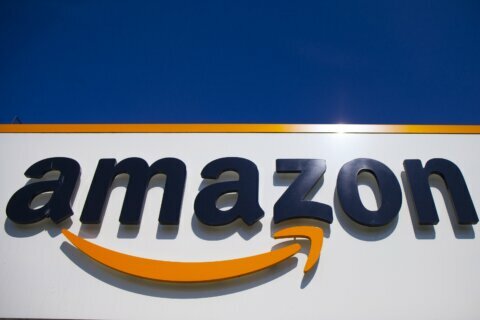