That rapid growth has changed many things, one of them being the diversity of stores and restaurants. Recently, a Jamaican and an Indian restaurant have recently opened.

There is no end in sight for the growth as roads, shopping centers and housing developments continue to be built.

“There was nothing west of here. It was the boondocks,” said Edward Reposa, a former resident said of the landscape a couple decades ago. “After that, it kept exploding.”

Jamaican Jammin’ Flavors, on West Main Street, has been open since late August.

After 23 years in the military, co-owner Marlene Hyman decided to pursue her passion for cooking and open the restaurant with her husband. She said cooking is more than just a business endeavor, sharing traditional Jamaican cuisine is a way to pay homage to her roots and expand the palates of her neighbors.

“Going to other restaurants and seeing their food, coming from Jamaica, it wasn’t the same as what was served at home,” she said. “I wanted it to be authentic so I opened the restaurant to show what jerk chicken can be.”

Hyman traveled to unfamiliar places during her time in the military and discovered new cultures and foods. She hopes her restaurant’s presence in Middletown will allow people to do the same.

“Why not grace Middletown with something different,” she said. “From a cultural standpoint, let them open their horizons to new things.”

Curry & Spice, in Hedgelawn Plaza, is another new restaurant in the area, one that serves Indian cuisine with a modern twist. The establishment also offers cocktails inspired by soda stalls on the streets of India.

Throughout the pandemic, many Main Street restaurants and shops leaned on one another as they struggled to stay afloat.

“It breaks my heart because there is so much here that people aren’t aware of,” said Amy White, President of the Middletown Main Street board of directors.

The economic slowdown caused by the pandemic had an impact in Middletown, too.

“One of the problems we’ve been experiencing unfortunately is the turnover of businesses,” said White.

Louise May Bridal was on the corner of Main and Broad streets since 2007 and was one of the longest-running businesses on Main Street when it permanently closed late last summer due to the pandemic.

Mia Rose Bridal now occupies the space, but the loss of the former shop hints at a bigger issue of businesses coming and going in recent years.

Nestled between the storefronts of restaurants and trinket shops, vacancy signs are stuck in the windows of multiple buildings.

“We’ve seen like four businesses close within the past few years which is definitely sad to see,” said Amber Shader, owner of the boutique, First & Little. “I’d love to start thinking of ways to get people to explore downtown more.”

Lisa Poore, 60, who has lived in Middletown since 2003, agrees that new restaurants would provide a spark.

“It would be nice to have like an old-time coffee shop. Maybe more outdoor seating,” she said.

To Poore, who owns MOT Roofing, Main Street has always been a place where neighbors would gather and hold volunteer events due to the “nice feel” of the historic strip.

Lisa Loescher used to live in Wilmington and has lived a few blocks away from Main Street for the past four years. She likes the more-laid back, small-town feel.

“I would like to see fine dining. Something more than a hamburger,” she said. “A venue for people to see live music with space large enough to dance.”

Getting the town council more involved in efforts to increase foot traffic might help businesses flourish and stick around, she said.

“There doesn’t seem to be enough love for Main Street,” she said. “I think it’s idyllic. Beautiful.” 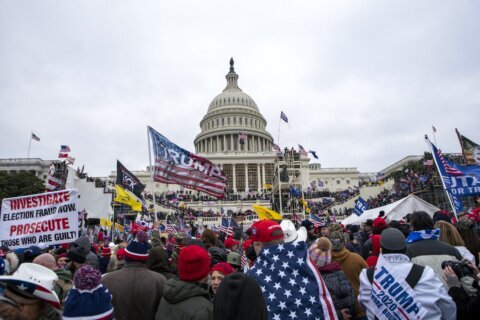