EXPLAINER: Who has the Jan. 6 panel subpoenaed — and why?

A look at who the Jan. 6 committee has subpoenaed, and what is to come in the panel’s investigation:
Listen now to WTOP News WTOP.com | Alexa | Google Home | WTOP App | 103.5 FM

WASHINGTON (AP) — The House committee investigating the Jan. 6 Capitol insurrection has issued almost three dozen subpoenas as it aggressively seeks information about the origins of the attack and what former President Donald Trump did — or didn’t do — to stop it.

The panel is exploring several paths simultaneously, demanding testimony from Trump’s inner circle about his actions that day as well as from outside advisers who organized the rally he spoke at the morning of Jan. 6 and allies who strategized about how to overturn President Joe Biden’s victory. They are also turning toward former Vice President Mike Pence’s orbit and questioning witnesses about efforts to pressure him to stop the congressional electoral count.

The committee is expected to issue more subpoenas as some witnesses, especially those closest to Trump, have indicated they won’t comply or refused to answer questions. But lawmakers on the panel have already talked to more than 150 people, most of them voluntarily, about what led up to the violent siege by Trump’s supporters.

While the committee doesn’t have the power to charge or otherwise punish anyone for their actions, the seven Democrats and two Republicans on the panel say they hope to build the most comprehensive record yet of what happened when hundreds of Trump’s supporters brutally pushed past police and broke into the Capitol, interrupting the certification of Biden’s victory.

A look at who the committee has subpoenaed, and what is to come in the panel’s investigation:

The committee’s first subpoenas in late September went to four men who were among his most loyal allies: former White House Chief of Staff Mark Meadows, former White House strategist Steve Bannon, longtime communications aide Daniel Scavino and Kashyap Patel, a White House national security aide who had moved to the Pentagon in the weeks after Trump lost the election.

Bannon immediately told the panel he wouldn’t cooperate, citing a letter from Trump’s lawyer claiming that his conversations should be privileged and shielded from the public. The committee balked at that reasoning and the House voted to hold Bannon in contempt. The Justice Department on Friday indicted Bannon on two counts of contempt of Congress.

Meadows could also be held in contempt after he refused to comply with a subpoena and appear for a deposition. A lawyer for Meadows said his client has a “sharp legal dispute” with the committee and the matter will need to be resolved in court.

The House has since subpoenaed several other well-known members of Trump’s circle, including former press secretary Kayleigh McEnany and top aides Stephen Miller and Jason Miller. The committee said all three participated in efforts to spread false information and may have been with Trump as the attack unfolded — a key area of investigation, as little is still known about what he did to try to stop it.

The committee has also moved to find out more about the effort to pressure former Vice President Mike Pence, who presided over the certification and resisted aggressive attempts from Trump and many of his allies to get him to try to upend the official process in Trump’s favor.

The panel has subpoenaed Keith Kellogg, who was Pence’s national security adviser, writing in the subpoena that he was with Trump as the attack unfolded and may “have direct information about the former president’s statements about, and reactions to, the Capitol insurrection.” The committee wrote that according to several accounts, Kellogg urged Trump to send out a tweet aimed at helping to control the crowd.

Pence’s former spokeswoman Alyssa Farah has spoken to Republican committee members Liz Cheney and Adam Kinzinger and provided documents, according to a person familiar with the conversations who requested anonymity to discuss the confidential conversations. In a series of tweets on Jan. 6, Farah urged Trump to condemn the riots as they were happening and call on his supporters to stand down. “Condemn this now, @realDonaldTrump,” she tweeted. “You are the only one they will listen to. For our country!”

The committee is likely to have interest in talking to more of Pence’s aides, many of whom were frustrated at how the vice president was treated as Trump publicly urged him to try to overturn the count — a power he did not legally have — even after the rioting started. Some of the rioters chanted Pence’s name as they broke into the Capitol and called for his hanging.

The panel on Monday subpoenaed several of Trump’s associates who were closely involved in his efforts to overturn the election and who huddled in a so-called “war room” leading up to the siege.

In the letter to Flynn — who twice pleaded guilty to lying to the FBI and was pardoned by Trump — the committee cited a December 2020 meeting at which Flynn and other participants “discussed seizing voting machines, declaring a national emergency, invoking certain national security emergency powers and continuing to spread the message that the Nov. 2020 election had been tainted by widespread fraud.”

Eastman, too, strategized about how to overturn Biden’s legitimate win and reached out to states.

On Tuesday, the panel subpoenaed multiple White House aides. Some were top aides and others were lower or mid-level staff who may have witnessed Trump’s activities as the rioting escalated.

The White House aides subpoenaed were personal assistant Nicholas Luna, who the panel said may have witnessed a phone call from Trump to Pence pressuring him not to certify Biden’s win; special assistant Molly Michael, who the committee said sent information about election fraud to “various individuals at the direction of President Trump”; and deputy assistant Ben Williamson, a senior adviser to Meadows.

Also subpoenaed were deputy chief of staff Christopher Liddell, who was in the White House on Jan. 6 and considered resigning, according to reports; and personnel director John McEntee and special assistant Cassidy Hutchinson, who the committee said were also in the White House and at the rally that day.

The panel this week also subpoenaed former Justice Department official Kenneth Klukowski, who Thompson said communicated with Jeffrey Clark, a former assistant attorney general, about a letter Clark had drafted urging officials in Georgia to delay certification of the voting results in that state because of purported fraud.

The letter said Clark and Klukowski spoke before a Jan. 3 meeting at the White House in which Trump openly contemplated replacing acting Attorney General Jeffrey Rosen with Clark. Rosen and other leaders at the department had pushed back on the false fraud claims.

The committee subpoenaed Clark in October, and he appeared for a deposition last week but declined to testify, partly based on Trump’s claims of executive privilege.

As part of its probe into the origins of the Jan. 6 riot, one focus of the panel has been the massive Trump rally on the National Mall that was held that morning and went on even after the Capitol breach began.

Included on a list of 11 subpoenas in September were Amy and Kylie Kremer, founders of Women for America First, a group that helped organize the rally; Cynthia Chafian, an organizer who submitted the first permit for the rally; Caroline Wren, who the committee says was listed on permit paperwork for the Jan. 6 rally as a “VIP Advisor”; and Maggie Mulvaney, who the panel says was listed on the permit as “VIP Lead.”

Several of those connected to the rally have cooperated. 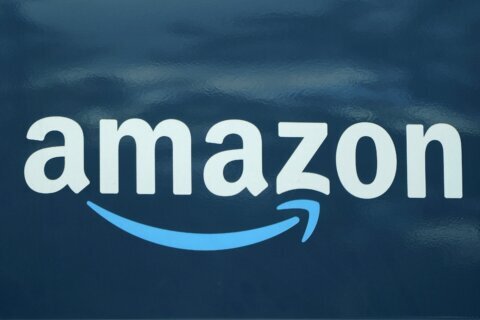