COLLEGE PARK, Md. (AP) — A Maryland appeals court on Friday overturned a wealthy stock trader’s conviction on a murder charge in the fiery death of a man who was secretly helping him dig tunnels for a nuclear bunker beneath a home in a tony suburb of Washington, D.C.

Daniel Beckwitt, 29, was sentenced in 2019 to nine years in prison after a jury convicted him of second-degree “depraved heart” murder and involuntary manslaughter for the death of 21-year-old Askia Khafra, who was burned beyond recognition in the September 2017 fire at Beckwitt’s home.

A three-judge panel from Court of Special Appeals ruled this week that the evidence wasn’t sufficient to sustain Beckwitt’s murder conviction. But it upheld his conviction for involuntary manslaughter under a theory of gross negligence.

“We always felt that this case was overcharged from the beginning,” said Megan Coleman, one of Beckwitt’s attorneys.

Beckwitt, who has been imprisoned since his April 2019 conviction, will be resentenced after the appeals process becomes final. Prosecutors can ask the state’s highest court to review the case.

Coleman said guidelines for her client’s case would recommend a sentence ranging from 6 months to 5 years in prison for involuntary manslaughter.

Ramon Korionoff, a spokesman for Montgomery County State’s Attorney John McCarthy’s office, said prosecutors were reviewing the ruling. “When we have had a chance to review the matter thoroughly, we will comment further as appropriate,” he said in a statement.

Firefighters found Khafra’s naked, charred body in the basement of Beckwitt’s trash-filled house, only a few steps from an exit. Prosecutors said the extreme hoarding conditions in the Bethesda, Maryland, home prevented Khafra from escaping.

Khafra met Beckwitt online. Beckwitt had invested money in a company Khafra was trying to launch as he helped Beckwitt dig the network of tunnels. A prosecutor described Beckwitt as a skilled computer hacker who had a paranoid fixation on a possible nuclear attack by North Korea.

Beckwitt took elaborate steps to keep the project a secret. He tried to trick Khafra into thinking they were digging the tunnels in Virginia instead of Maryland by having him don “blackout glasses” before taking him on a long drive. Khafra had a cellphone with him in the tunnels, but Beckwitt used internet “spoofing” to make it appear they were digging in Virginia.

Khafra worked in the tunnels for days at a time, eating and sleeping there and urinating and defecating into a bucket that Beckwitt lowered down to him. The tunnels had lights, an air circulation system and a heater.

A hole in the concrete basement floor led to a shaft that dropped down 20 feet (6 meters) into tunnels that branched out roughly 200 feet (60 meters) in length. Investigators concluded the blaze was ignited by a defective electrical outlet in the basement.

Prosecutors said Beckwitt ignored obvious signs of danger and sacrificed safety for secrecy. Defense attorney Robert Bonsib told jurors the fire was an accident, not a crime. He described his client as an idiosyncratic but “incredibly brilliant” man who never intended any harm.

The panel said Khafra wouldn’t have died if Beckwitt hadn’t arranged for him to work in a dangerous environment. But the judges noted that prosecutors did not present evidence that the tunnels themselves were structurally unsafe.

“To be sure, (Beckwitt) intentionally concealed the tunnels’ location from Khafra, and apathetically responded to electrical failures on the day of the fire, but we cannot conclude that appellant realized — or reasonably should have realized — that his conduct was ‘likely, if not certain’ to cause death,” their ruling says.

“You thought that everything would be fine because you were very smart,” she said during Beckwitt’s sentencing hearing. “You thought you could fix everything.” 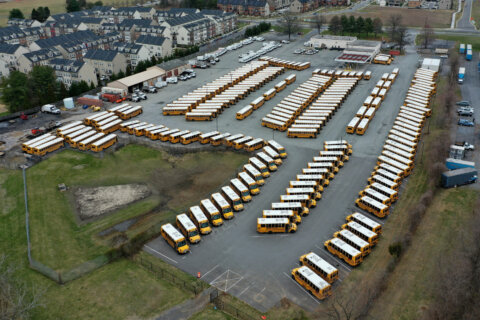