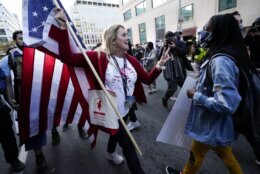 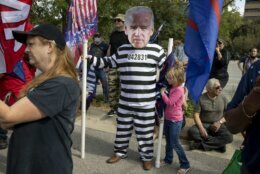 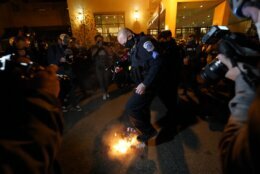 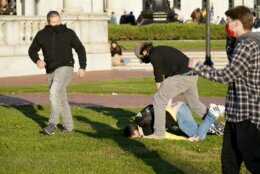 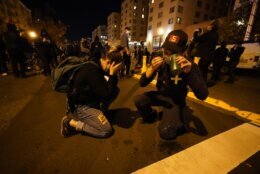 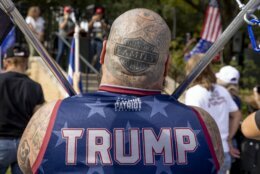 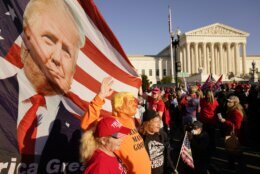 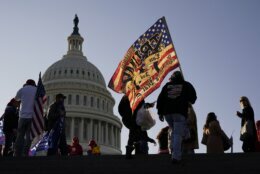 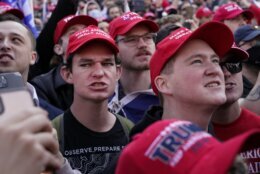 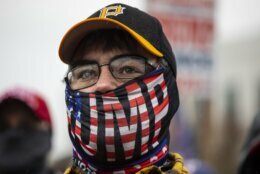 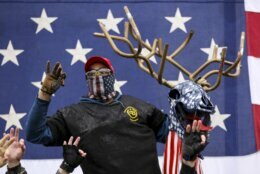 WASHINGTON (AP) — Demonstrations over President Donald Trump’s loss at the polls have resulted in charges against nearly two dozen people in Washington, including a person accused of setting off a commercial firework and four people accused in an assault that left the victim unconscious on the street.

The arrests came during and after protesters and counterdemonstrators clashed Saturday in Northwest Washington. Several thousand people rallied during the day in support of Trump, whose motorcade briefly drove by the gathering protesters Saturday morning on the way to the president’s Northern Virginia golf club.

Trump supporters marched from Freedom Plaza to the Supreme Court Building, across from the Capitol, during the day. Their activities and those of counterdemonstrators grew increasing tense and took a violent turn in the early evening. Videos posted to social media showed numerous incidents of shoving and punching as well as a fireworks explosion and a man shoving and knocking down one person before being shoved and punched unconscious himself by others.

A 26-year-old District of Columbia man was charged with assault with a dangerous weapon after discharging the firework at several people, the Metropolitan Police Department said in a news release Sunday.

Police said in another statement that four people, all but one confirmed as District residents, were arrested on various charges related to a man being knocked unconscious by one person and then assaulted by the others. Whether that incident was depicted in social media video was not clear.

Police also reported a stabbing victim was treated at a hospital for nonlife-threatening injuries. Four police officers were injured as they responded to the unrest, and eight firearms were recovered, the department said.

Several other cities on Saturday saw gatherings of Trump supporters unwilling to accept Democrat Joe Biden’s Electoral College and popular vote victory as legitimate, including Phoenix; Dallas; Las Vegas; Austin, Texas; Lansing, Michigan; and Salem, Oregon. Cries of “Stop the Steal” and “Count Every Vote” were common despite a lack of evidence of voter fraud or other problems that could reverse the result.