The Latest: US journalist reported freed in Venezuela

Executives at a Miami TV station say their correspondent based in Venezuela has been freed from custody hours after security forces seized him at his apartment.
Listen now to WTOP News WTOP.com | Alexa | Google Home | WTOP App | 103.5 FM

CARACAS, Venezuela (AP) — The latest on the detention of a U.S. journalist by Venezuela security forces (all times local):

Executives at a Miami TV station say their correspondent based in Venezuela has been freed from custody hours after security forces seized him at his apartment.

ABC affiliate Local 10 News reported Wednesday that freelance journalist Cody Weddle was at the airport outside Caracas waiting for a flight to the United States.

Virginia-born Weddle has worked as a journalist in Venezuela for more than four years. It’s unclear why officials detained him.

Senior Venezuelan officials would not comment on the case.

Lawyers and press freedom groups say Venezuelan security forces have seized a U.S. journalist at his apartment amid the country’s escalating political turmoil.

Neighbors say a squad of five men dressed in black uniforms and carrying a written order demanded entry into the Caracas apartment building of journalist Cody Weddle on Wednesday morning. They say the officers emerged two hours later with the Virginia-born Weddle carrying a large suitcase and equipment bag.

The U.S. State Department says it is aware of a missing journalist and warns President Nicolas Maduro’s government that the world is watching. 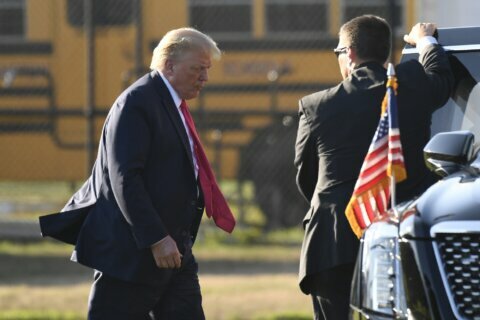 States on hook for billions under Trump’s unemployment plan