With the start of the summer outdoor concert season, music — and sometimes marijuana smoke — is in the air around the nation's capital. Here's a rundown of local pot laws.
Listen now to WTOP News WTOP.com | Alexa | Google Home | WTOP App | 103.5 FM
(1/4) 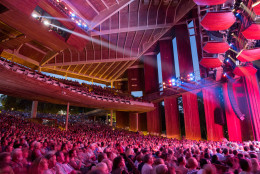 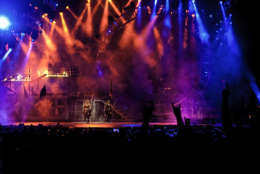 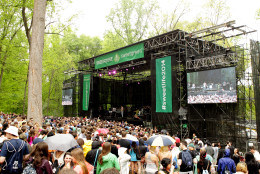 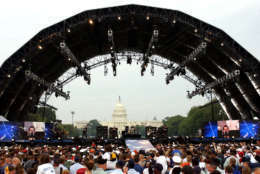 WASHINGTON — With the start of the summer outdoor concert season, music — and sometimes marijuana smoke — is in the air around the nation’s capital.

Popular outdoor venues in Virginia and Maryland, as well as concerts on the National Mall draw tens of thousands of music fans yearly.

The mishmash of marijuana laws in the three neighboring jurisdictions can be confusing for a concertgoer determined to smoke a joint.

“People don’t know what the law is, or they have an idea that it might be more lax than it really is,” she said.

Wolf Trap National Park for the Performing Arts and Jiffy Lube Live, although both in Virginia, have slightly different rules and policies.

At Jiffy Lube Live, in Bristow, the venue hires a detail of off-duty Prince William County police officers, largely to provide security and traffic assistance and to enforce drug laws.

“In Virginia, marijuana is still illegal,” said Wade. “It is a criminal offense that carries the possibility of jail time, even for your first offense.

“Any type of possession in Virginia, from residue, where you don’t really have marijuana on you but you have a pipe that you smoked out of, all the way up to large quantities is still a crime,” Wade said.

Prince William County police could not immediately provide information on the number of marijuana possession arrests at Jiffy Lube Live.

Thirty miles away, Wolf Trap in Vienna is located on federal National Park Service lands, which comes under the jurisdiction of U.S. Park Police.

“The possession and use of marijuana remains prohibited in National Parks and in federal lands,” said Park Police spokesperson Anna Rose. “The United States Park Police are prepared to handle violations of this nature.”

Smoke of any type is likely to catch someone’s attention at Wolf Trap.

“Smoking of any kind is not permitted at Wolf Trap, but unlike most other venues, we do encourage folks to pack their own picnics and bring their own (adult) beverages,” spokesperson Michelle Pendoley said in an email.

Concertgoers at Merriweather Post Pavilion, in Columbia, Maryland, have a different set of pot laws to consider.

“In Maryland, simple possession has been decriminalized,” said Wade. “Anything less than 10 grams, you’re looking at just a civil fine of $100.”

However, smoke wafting over the outdoor show is still against the law.

“Howard County has a no smoking policy at outdoor venues such as ours,” said Audrey Fix Schaefer, communications director at Merriweather Post. “That covers smoking of all types.”

County police did not respond to a request for information on the number of marijuana possession arrests at the venue.

Annual concerts on the National Mall, including the July 4 show, follow federal guidelines.

Wade said some concertgoers might be confused by the District’s marijuana laws, which makes possession of small amounts legal, in some circumstances.

“If you’re over 21, you can have up to 2 ounces,” which can only be consumed on private property, said Wade. “Federally, it’s still a crime.”

The legal risk begins even before the band starts playing, said Wade.

“Most of my cases that come out of the summer concert season are tailgating cases,” said Wade, in which concertgoers eat, drink, and in some cases smoke pot in the parking lot.

“Most, if not all of these venues have plainclothes law enforcement officers, and if they smell marijuana, they’re going to come up and stop you.”

Concertgoers caught with a few joints may get a break, if they haven’t done it before.

“For simple possession, Maryland and D.C. it’s less of an issue, but in Virginia and federally they both have first-time-offender programs,” said Wade. “If you don’t have any prior drug offenses, you can do a year of probation and get the charge dismissed.”

In Virginia, Wade said the year of probation also could include doing community service, and suspension of a driver’s license.

Being caught with marijuana at a concert can have more serious consequences for noncitizens.

“Possession of marijuana is actually a deportable offense,” said Wade. “Even if you’re a green card holder, or are here on a student visa, if you get stopped and you get that first offender, even if it’s ultimately dismissed, it’s still considered a conviction for immigration purposes.”