No matter the outcome of Medina Spirit's failed drug test — which could take weeks to resolve— the episode marks the fifth such controversy for Bob Baffert in just over a year.
Listen now to WTOP News WTOP.com | Alexa | Google Home | WTOP App | 103.5 FM

The Hall of Famer could make some unwanted history if Medina Spirit becomes only the second Kentucky Derby winner to be disqualified for a failed drug test. Baffert announced that Medina Spirit tested positive for the steroid betamethasone, but denies wrongdoing while promising to be transparent with Kentucky racing officials.

No matter the outcome — which could take weeks to resolve— the episode marks the fifth such controversy for Baffert in just over a year. The list of failed tests go back even longer, with the New York Times reporting last fall that Baffert has been cited in 29 instances spanning more than four decades.

The latest crisis could strip him of a milestone he didn’t expect to achieve with the 12-1 underdog, who held off Mandaloun by half a length in horse racing’s premier event.

For now, Dancer’s Image (1968) remains the only Derby winner to be disqualified.

Below is a list of recent episodes of failed drug tests by Baffert horses:

— May 9, 2021. Kentucky Derby winner Medina Spirit failed a postrace drug test for an excessive amount of the corticosteroid betamethasone, which is sometimes used to treat pain and inflammation in horses. Betamethasone is allowed in Kentucky, though a stricter level of detection replaced the allowable threshold of 10 picograms per milliliter last year. Medina Spirit’s betamethasone level in the postrace sample was 21 picograms per milliliter. Rules in the state of Kentucky limits the use of the steroid to 14 days or more before a race. Any level of detection on race day is a violation.

— January 2021. The California Horse Racing Board voted to let eventual 2018 Triple Crown winner Justify keep his Santa Anita Derby victory despite the detection of scopolamine in postrace samples in him and Hopportunity. The positive tests were revealed in a New York Times story in September 2019.

— October 20, 2020. Filly Gamine was disqualified from third to last in the Kentucky Oaks on Sept. 4 after testing positive with 27 picograms of betamethasone. Baffert did not appeal and was fined $1,500.

— July 25, 2020. Three-year-old Merneith finished second in a race at Del Mar in California before testing positive afterward for the medication dextromethorphan. Stewards fined Baffert $2,500 on Nov. 30, 2020.

— May 2020: Gamine and colt Charlatan and test positive for the painkiller lidocaine after victories at Oaklawn Park. Tests revealed 185 picograms in Gamine and 46 in Charlatan, who had won a division of the $1 million Arkansas Derby. Arkansas stewards initially fine and suspend Baffert 15 days for the violation. His appeal was heard last month, with the suspension lifted and fines reduced to $5,000 per horse. 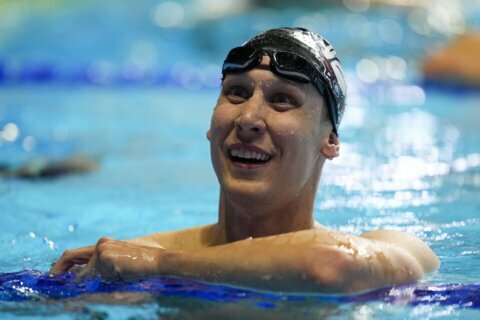 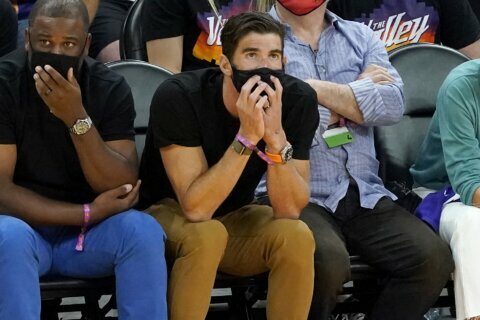 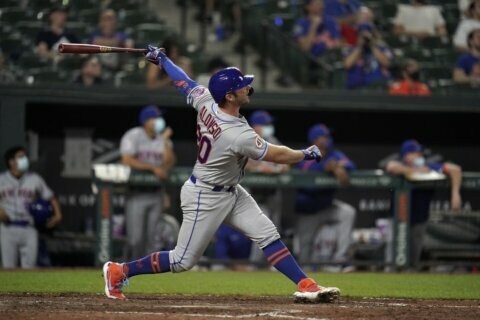