How pay transparency may affect your job search or raise

Knowing if you’re being paid fairly for the work you do is a mystery shrouded in a lack of information.
Listen now to WTOP News WTOP.com | Alexa | Google Home | WTOP App | 103.5 FM

Knowing if you’re being paid fairly for the work you do is a mystery shrouded in a lack of information. That may be changing, though, and pay transparency may be the catalyst. It’s a growing trend for companies to reveal what a job opening or current position pays — whether voluntarily, or because governments mandate it.

So far, about a dozen states and municipalities have mandated access to salary information, including California, Colorado, Washington and New York City. Companies in the jurisdictions are generally required to post salary ranges indicating the minimum and maximum pay. Rules vary: Sometimes only job applicants must be told, while other times current employees can also request information about their pay range.

Roberta Matuson, president of Matuson Consulting in Boston, consults with companies looking for top-tier talent. She believes pay transparency “is a step in the right direction.”

“Knowledge is power. So, you know, if you have no idea that you can possibly earn more money, then you wouldn’t even ask for it,” Matuson says.

IS THIS THE END OF SALARY NEGOTIATION?

It will help employees and candidates “understand what their expectations should be, and where (salary) boundaries are and where there might be flexibility. It levels the playing field between employers and candidates to have a more open and transparent conversation,” she says.

And Lulu Seikaly, a senior corporate attorney with Payscale, notes that as current laws stand, employers aren’t prevented from offering pay higher than a range that is posted for a position, as long as the company can provide objective reasoning for the exception.

In the past, companies would often base salary offers on what an individual earned in their previous jobs, Seikaly says. “A lot of states have banned that now.”

If a potential employer asks for your salary history, Matuson says, “I wouldn’t refuse to answer; I would say, ‘Well, tell me what you’re offering for this position.’ I would just turn the question around.”

WILL PAY GAPS BE ELIMINATED?

Pay transparency reveals salary ranges, but does it narrow gender and ethnicity pay gaps? It may be too early to tell.

However, Payscale’s Clarke says that organizations that are more open about salaries often have a well-defined compensation structure and are less likely to have pay inequities.

WHAT IF YOU’RE AT THE LOW END OF THE RANGE?

If you find out you’re at the lower end of a salary band, Clarke says pay transparency will help you communicate with an employer about what you think you deserve, “And you’re anchoring that all into data, which is really powerful,” she adds.

Matuson says to ask your employer how you can add more value and what skills you need to increase your pay and opportunities for promotion.

And it’s not just about money, she adds.

“There are other things that you could ask for,” Matuson says. “For example, you could say, ‘It would help me if I could work from home two days a week so that I’m not spending $50 or more a week on gas. Would that be suitable?’”

AND IF YOU’RE AT THE TOP OF THE PAY SCALE?

What if you find out you’re at the top of your job’s pay band? One result could be pay compression at the top of a pay scale, with the highest-paid workers facing increasing resistance about salary hikes. Should you worry that you’re maxed out and might be among the first employees to be cut?

“Well, I think you should always be thinking, ‘I might be cut,’” Matuson says. But she adds that even if you’re not actively looking for a job, call a few headhunters to determine pay scales for your current work and potential opportunities.

If you’re trying to determine a suitable salary for where you are in your career, several websites offer tools that help you see a relevant range of pay. Check out Payscale, Indeed, Glassdoor and Salary.com for such tools.

NerdWallet: Smart ways to negotiate your salary in an uncertain economy https://bit.ly/nerdwallet-smart-ways-to-negotiate-your-salary-in-an-uncertain-economy 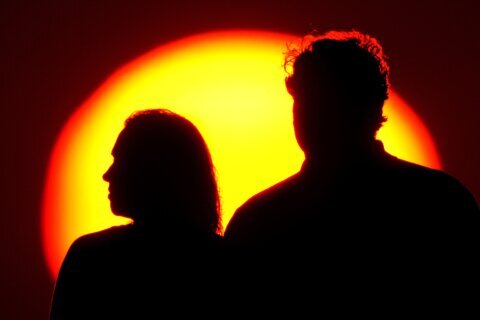 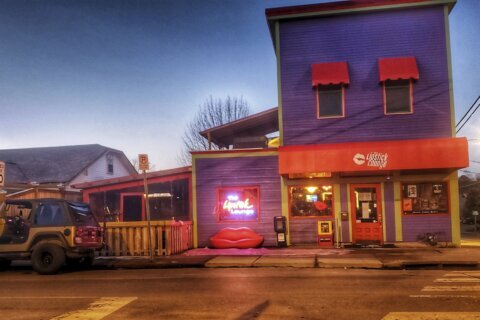