For many Native Hawaiians, an eruption of a volcano like Mauna Loa has a deep yet very personal cultural significance.
Listen now to WTOP News WTOP.com | Alexa | Google Home | WTOP App | 103.5 FM
(1/22) 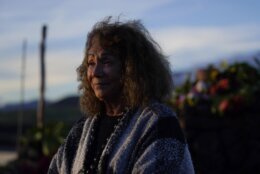 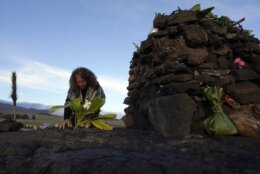 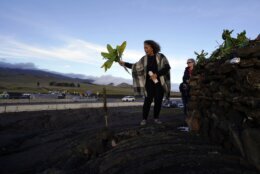 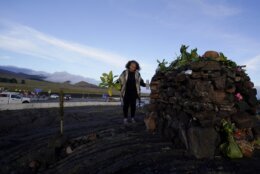 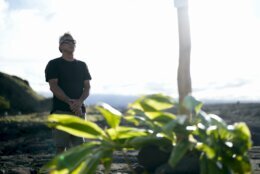 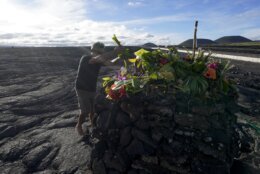 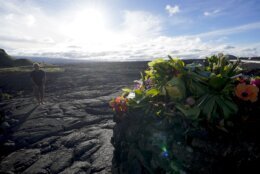 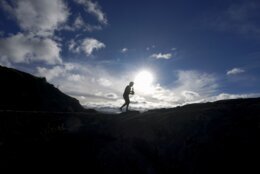 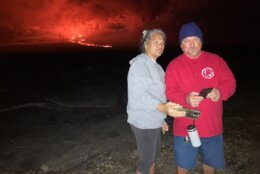 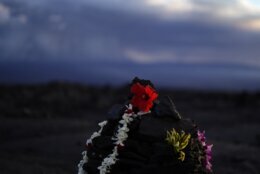 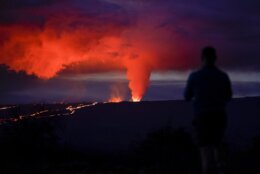 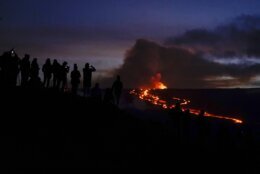 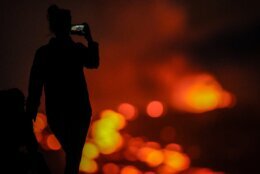 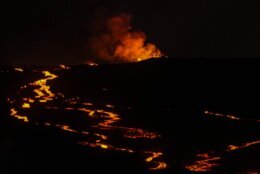 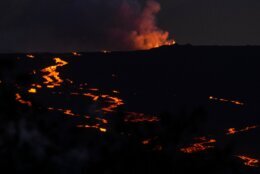 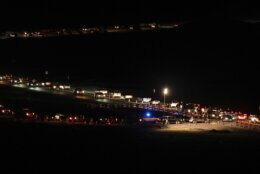 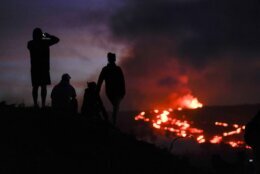 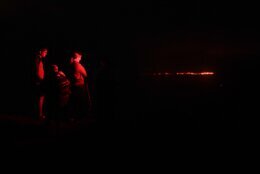 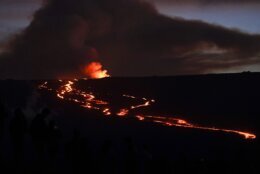 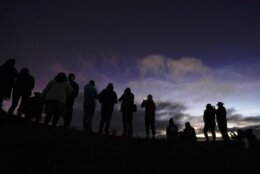 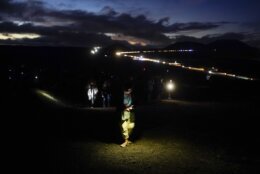 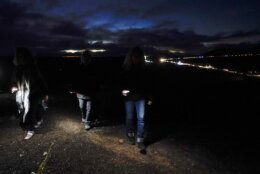 HONOLULU (AP) — When Willette Kalaokahaku Akima-Akau looks out at the the lava flowing from Mauna Loa volcano and makes an offering of gin, tobacco and coins, she will be taking part in a tradition passed down from her grandfather and other Native Hawaiians as a way to honor both the natural and spiritual worlds.

Akima-Akau said she plans to take her grandchildren with her and together they will make their offerings and chant to Pele, the Hawaiian deity of volcanoes and fire, who her grandfather used to pay reverence to as a kupuna, a word that can mean ancestor.

“This is the time for our kupuna, for our people, and for our children to come and witness what is happening as history is being made every day,” she said, adding that today’s experiences will be added to the next generation’s stories, songs, dances and chants.

For many Native Hawaiians, an eruption of a volcano like Mauna Loa has a deep yet very personal cultural significance. For many it can be an opportunity to feel a connection with creation itself through the way lava gives birth to new land, as well as a time to reflect on their own place in the world and the people who came before them.

“A volcanic eruption is a physical manifestation of so many natural and spiritual forces for Hawaiians,” said Ilihia Gionson, a Hawaii Tourism Authority spokesperson who is Native Hawaiian and lives on the Big Island. “People who are unfamiliar with that should understand that it’s a very personal, very significant thing.”

To be sure, not all Native Hawaiians will feel the need to make a trek to see the lava, but among those who do, some may chant, some may pray to ancestors and some may honor the moment with hula, or dance.

“Some people may be moved to just kind of observe in silence, meditate, you know, commune with their higher power or their kupuna in their own ways,” Gionson said.

Kainani Kahaunaele said as a Native Hawaiian, she feels moved to honor the moment and will take her children, nieces, nephews and close friends as close to the lava flow as possible. There they will chant to Pele.

“Our hookupu will be our voice,” she said, using the Hawaiian word for offering. “It’s not for any kind of show. It’s a connection that we’re making to Pele, to the land, to Mauna Loa.”

Many Hawaiians are practicing family traditions that have been passed down from elders.

Akima-Akau, who lives in Kawaihae on the west side of the Big Island, remembers hearing stories about how her grandfather would fly from Maui or Oahu whenever there was a Big Island lava flow to honor Pele.

“He would jump on a plane and come to Hawaii Island to give his hookupu,” offerings of gin, silver dollars and tobacco, she said.

Her grandfather died before she was born, so she doesn’t know exactly why he chose those items, but he wasn’t alone. She said she grew up knowing others who offered the same items, so that is what her family will bring. She said the children will offer Pele a ti leaf lei.

Hawaiians have different relationships with the spirituality of lava, said Native Hawaiian cultural practitioner Kealoha Pisciotta. To Pisciotta, the lava “brings good mana” — which can mean supernatural or divine power — “and cleanses where it needs cleansing.”

There are also different relationships and connections to Pele, who some refer to as a god or goddess. Pele has great significance in Hawaiian culture, representing all the phenomena related to volcanoes — the magma, steam, ash, acid rain.

“Her primary form is the lava, not necessarily that she is a female, human person. But the image of her function is creation, which happens to be a very feminine image,” said Kekuhi Kealiʻikanakaʻole, a cultural practitioner in Hilo.

Pisciotta calls her “Tutu Pele,” using the word for grandparent, because deities “are more ancient than we are.”

Manua Loa’s spectacular show is drawing thousands of people seeking nighttime views of the lava flowing down the mountain’s northeast flank, clogging the main east-west road on the island. Among them are those coming to pay their respects, leaving altars or shrines along the roadway.

Cultural practitioners like Pisciotta want lava gawkers to be mindful of those who are chanting, praying or gathering in ceremonies amid the eruption: “Give them some space and respect.”

“If a person doing something wants to invite somebody to participate or watch, there will be an invitation,” said Gionson, the tourism official. “And if not, respect that and keep a respectful distance.”

So far, the tourism authority hasn’t received any complaints about people getting in the way of cultural practices, he said, adding that the agency focuses on educating tourists in general about being respectful and behaving appropriately when visiting the islands.

Kahaunaele, who teaches Hawaiian language and music at the University of Hawaii’s Hilo campus and planned to gather with her family on Thursday night, knows that visitors to the island might be curious when they see and hear her family chanting.

“Don’t film us. Don’t even ask for permission, just don’t,” she said. “That even goes for locals. Don’t infringe upon anybody else’s moment.” 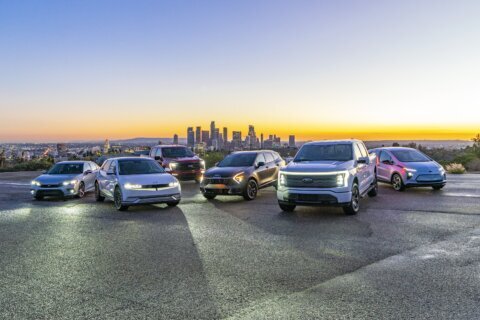 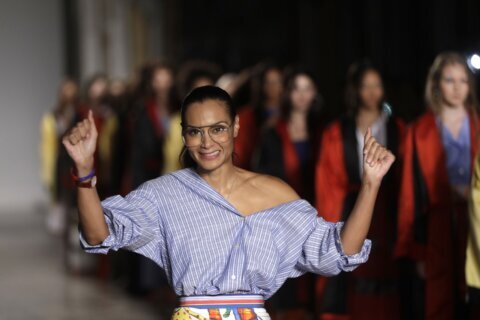