Among U.S. faith leaders and denominations, there are sharp differences over the bill advancing in the Senate that would protect…
Listen now to WTOP News WTOP.com | Alexa | Google Home | WTOP App | 103.5 FM

Among U.S. faith leaders and denominations, there are sharp differences over the bill advancing in the Senate that would protect same-sex and interracial marriages in federal law.

The measure, a high priority for congressional Democrats, won a key test vote Wednesday when 12 Senate Republicans joined all Democrats to forward the bill for a final vote in the coming days. At least 10 GOP senators were needed for that to happen.

On Tuesday, one of the most prominent conservative-leaning denominations — The Church of Jesus Christ of Latter-day Saints — came out in favor of the legislation. But the U.S. Conference of Catholic Bishops and leaders of the Southern Baptist Convention remain opposed, saying the bill – even with a newly added amendment aimed at attracting Republican support – is a dire threat to religious liberty.

A paramount concern for these leaders of the country’s two largest denominations is that even the updated bill would not protect religious schools or faith-based nonprofits such as adoption and foster care providers.

The bill “is an intentional attack on the religious freedom of millions of Americans with sincerely held beliefs about marriage, based on dictates of faith in God,” leaders of the Missouri Baptist Convention, an SBC affiliate, said in a letter this week to U.S. Sen. Roy Blunt, a Missouri Republican.

The letter failed to sway Blunt; he voted for the bill.

Cardinal Timothy Dolan of New York, chairman of the Catholic bishops’ Committee for Religious Liberty, dismissed the bipartisan amendment as failing even the “meager goal” of preserving the status quo in balancing religious freedom with the right to same-sex marriage.

“The bill will be a new arrow in the quiver of those who wish to deny religious organizations’ liberty to freely exercise their religious duties, strip them of their tax exemptions, or exclude them from full participation in the public arena,” Dolan said earlier this week.

Meanwhile, many left-of-center faith leaders are cheering the bill, including some who planned a Thursday morning rally at the U.S. Capitol. Rally sponsors include the Interfaith Alliance, the Religious Action Center of Reform Judaism, the United Church of Christ Justice and Local Church Ministries and Hindus for Human Rights.

“This is common sense legislation which provides religious liberty for all and not just a few,” said Tarunjit Singh Butalia, executive director of Religions for Peace USA. “Faith communities need to work on living out the principles of marriage enshrined in their own faith without imposing their religious views on people of other faiths and no faith.”

The bill won approval in the House in July. A final Senate vote is expected soon, and the measure — if approved — would then return to the House for consideration of Senate changes.

The bill has gained steady momentum since the Supreme Court’s June decision that overturned Roe v. Wade and the federal right to abortion. An opinion at that time from Justice Clarence Thomas suggested that an earlier high court decision protecting same-sex marriage could also come under threat.

Rachel Laser, president of Americans United for Separation of Church and State, noted the court opinions in her statement lauding Wednesday’s vote. She called the legislation a “vital step in our nation’s march toward freedom without favor and equality without exception.”

The legislation included a proposed Senate amendment, designed to bring more Republicans on board, clarifying that it does not affect rights of private individuals or businesses that are already enshrined in law. Another tweak would make clear that a marriage is between two people, an effort to ward off some far-right criticism that the legislation could endorse polygamy.

However, numerous conservative faith leaders scoffed at the changes.

“The new amended Senate bill—the ‘commonsense’ bill that ‘protects Americans’ religious liberties’—actually does no such thing,” wrote the Rev. Al Mohler Jr., president of the Southern Baptist Theological Seminary in Louisville, Kentucky, in an opinion piece. “What is left wide open is the threat to ministries such as Christian orphanages and children’s care as well as adoption ministries and foster care.”

The head of the Southern Baptist’s public policy arm, Brent Leatherwood of the Ethics & Religious Liberty Commission, faulted the bill’s Senate backers for pushing legislation “that will only divide us.”

“We oppose this bill because marriage is an institution created by God, one with a very specific design: A union between one man and one woman for life,” Leatherwood said via email.

“We have seen this in recent years, for example, regarding businesses that provide services for weddings, from wedding venues to bakeries and florists,” he said, adding that nonprofits could be sued “because of their personal and foundational convictions, which should be protected by the First Amendment.”

“I object to language like exceptions, because it means that we’re allowed a pass to discriminate,” he said in an interview Wednesday. “But that’s not what we’re doing at all. We’re affirming that children need a mother and a father.”

He acknowledged that leaders of The Church of Jesus Christ of Latter-day Saints “seem to be moving in a different direction” regarding same-sex marriage. “But they’ve been very, very strong partners with us in trying to keep the focus on the the need to preserve the family.”

In its statement Tuesday, the Utah-based LDS said church doctrine would continue to consider same-sex relationships to be against God’s commandments, but that it would support rights for same-sex couples as long as they didn’t infringe upon religious groups’ right to believe as they choose.

Among the faith leaders urging passage of the bill was the Rev. Paul Brandeis Raushenbush, an American Baptist pastor who is president of Interfaith Alliance and is part of a same-sex marriage.

”There is a misconception that faith and LGBTQ+ equality are fundamentally incompatible,” he wrote in an opinion piece carried Wednesday by Religion News Service.

“As a religious leader, I regard this historic legislation as an important contribution to America’s religious freedom,” he wrote. ”More immediately, I am not willing to leave the status of the marriages I’ve performed or my own to chance.” 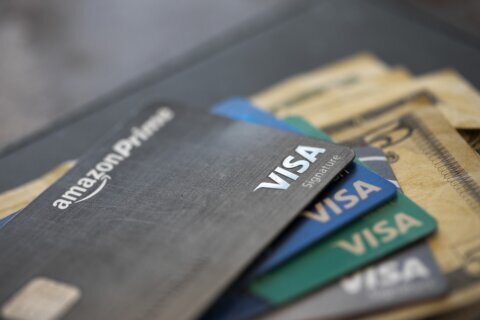