Christine Bomlitz became more and more distraught as Hurricane Ian gained in ferocity, sweeping across southwest Florida on Wednesday. Hours passed, but there was still no word from her 84-year-old mother.

Thursday morning came. The storm had long drifted away overnight. But still no word.

Stuck on the other side of the country in Las Vegas, Bomlitz posted pleas for help on social media — anywhere she could. Can someone check on her mother?

Bomlitz had no way to contact her mom, Shirley Affolter, who lost her cell phone before the storm. Then her landline went down. With nowhere to go, she hunkered down for the night. It was too late for anyone to get her out.

By Thursday afternoon, a Good Samaritan came to the rescue.

Cheynne Prevatt, 26, had sustained damage to her own home during the storm. But the Florida resident waded into chest-high floodwaters to search for Affolter.

Flooding in Englewood, Florida, had cut the mother off from her neighbors and the rest of her community. She couldn’t escape on her own because she needs a walker to get around. Before the storm, an evacuation vehicle missed her on its route.

When Prevatt walked through the door, there was relief. The woman was alive and safe. Prevatt said, “I didn’t know who she was, but she was really kind of surprised to see me.”

The mother and daughter were able to speak briefly on the phone — enough to ease Bomlitz’s worries. But their conversation was cut short because of the mom’s hearing aids weren’t working

Still, Prevatt was able to send a photo to Bomlitz of her smiling mother, safe and sound.

“I’m thankful for this stranger,” Bomlitz said, “a total stranger. People are amazing.”

Prevatt had also ridden out the storm at home. Hurricane Ian peeled away shingles and caved in part of the ceiling when a palm tree smashed into the roof.

“Our house didn’t really make it,” she said. “All of our stuff is packed up, and we are trying to go to my grandmother’s house.”

Still, her concern was for the older woman.

“We’re going to go back for her,” Prevatt said. “That was the main goal, to make sure she was still alive.”

Bomlitz’s pleas continued well into Thursday as she looked for someone with a boat to carry her mother and others in the neighborhood to safety.

By evening, a paddleboard arrived to take Affolter to dry ground. 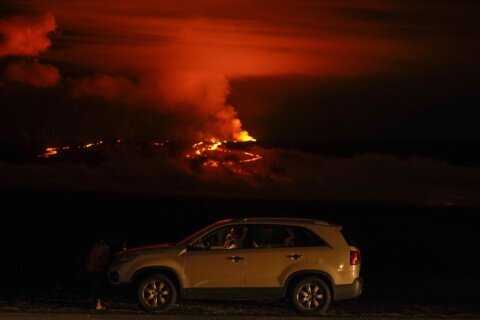 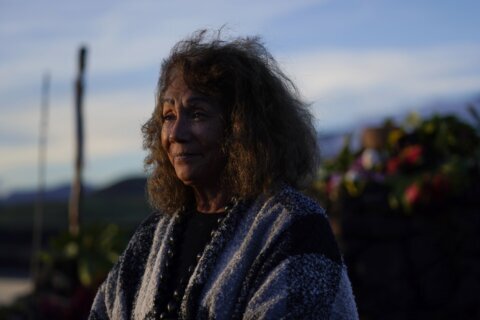