OMAHA, Neb. (AP) — After Terrence Hersey had a stroke on the way home from his railroad job in 2015, he underwent months of therapy to learn how to put words together in sentences and learn to walk again. He had to relearn how to get in and out of a car and how to dress himself before his doctors eventually cleared him to return to work with no restrictions.

That recommendation wasn’t good enough for Union Pacific. The railroad decided after reviewing Hersey’s records — but without a doctor’s examination — that he was unfit for his job overseeing inspections of stationary railcars in Chicago because of the risk he would become incapacitated.

“I had a doctor that cleared me, and then Union Pacific did not give me any kind of physical or anything. I felt tossed to the side,” said Hersey.

Without his job, his car was repossessed. He lost his house. He had worked on the railroad for more than 20 years, and finding a job that paid as well as Union Pacific was hard for the 50-year-old Hersey, who now drives a school bus. For his current job, he’s had no problem passing an annual medical test to retain his commercial driver’s license.

“I was a 20-year man and had worked my way up to being a supervisor and had some management opportunities that I could have reached out for. Now I’m making half the money I could make. It’s just like my whole world went upside down,” he said.

Hersey is among hundreds of Union Pacific employees who are fighting back with federal lawsuits after losing their jobs because of health issues. Although they make up only a small percentage of the railroad’s more than 30,000 employees, their cases could prove costly to Union Pacific and could hinder the companies’ efforts to fill scores of open jobs at a time when all of the nation’s railroads are dealing with worker shortages.

Former Union Pacific workers have filed at least 15 other federal lawsuits, and more than 200 other complaints are pending with the Equal Employment Opportunity Commission that are likely to turn into lawsuits. Seven other cases have been settled.

The lawsuits were originally going to be part of a class-action case filed by former employees, but a federal appeals court decided in 2020 that the complaints had to be pursued individually. The first few cases have now been tried and verdicts over $1 million have been issued in all three.

A spokeswoman for the EEOC said it can’t comment on whether it is investigating allegations against Union Pacific. However, one of the lawyers representing the plaintiffs, Jim Kaster, said the EEOC has ongoing investigations of the railroad’s practices.

“What makes this case so egregious is the planning from the top down,” said Kaster, who helped handle the class-action case. “It is one thing for a rogue manager in a company to discriminate on the basis of disability. This case is different because this company targeted people with disabilities and disqualified them from working without even examining them and many times without even talking to them.”

By the railroad’s own count, UP said in arguments in the original class-action lawsuit that some 7,700 employees had to undergo what is called a “fitness-for-duty” review between 2014 and 2018. It’s not clear how many of those people were forced out by unworkable restrictions, but lawyers for the plaintiffs estimate nearly 2,000 people faced restrictions that kept them off the job for at least two years if not indefinitely.

Union Pacific policies say that anyone with more than a slight chance of “sudden incapacitation” shouldn’t work for the railroad because it’s dangerous. The railroad has vigorously defended its policy, arguing its strict rules are designed to protect its workers and the public from injury risks or environmental damage if someone suffers a health emergency that causes a derailment or other accident.

Union Pacific spokeswoman Robynn Tysver said the railroad strives to maintain an inclusive workplace, but “the Americans with Disabilities Act does not diminish Union Pacific’s commitment and obligation to maintain a safe work environment.”

“Union Pacific medical personnel who have a thorough understanding of a railroad’s unique operational requirements assess employees’ medical condition to determine if it prevents them from safely performing their essential job duties in accordance with our medical standards and obligations under the ADA,” Tysver said. “In addition, Union Pacific often engages third-party medical consultants to assist with medical reviews.”

Yet former workers claim Union Pacific is ignored their doctors’ advice and making their own determinations, often when doctors have said an employee is cleared to work.

The cases leave Union Pacific potentially facing more than $350 million in damages plus sizeable legal fees, and government regulators could impose additional penalties if they fault the railroad. That may not do much to dent the bottom line for a company that reported a $1.84 billion profit in its most-recent quarter, but the lawsuits could add to unrest among its current workers. UP workers are already upset that they haven’t had a raise since 2019 and that the railroad tightened its attendance policy, making it harder to take time off.

Federal law caps most damages in these disability cases besides lost wages at $300,000, but lawyers for the plaintiffs say the giant judgments, including a $44 million decision they won last year in Wisconsin, send a strong message that Union Pacific’s policy is flawed even if the penalty is reduced. In the Wisconsin case, a conductor with impaired hearing was forced out despite years of successful employment because he couldn’t pass a hearing test while wearing the company’s newly required hearing protection. The railroad wouldn’t consider alternative protective gear.

The cases all argue that Union Pacific discriminates against people with disabilities because of the way it disqualifies employees after they report certain health conditions, even if they have little bearing on whether an employee can safely do their job. Since 2014, the Omaha, Nebraska-based railroad has required workers to report anytime they develop a heart condition, have a seizure or develop diabetes that needs to be treated with insulin. Union Pacific also routinely imposes restrictions on employees who fail a color vision test it designed and refuses to employ someone with a prosthetic limb regardless of how capable they might be.

When an employee or their supervisor reports a health condition, Union Pacific puts them on leave and demands they submit medical records that railroad doctors review to determine their suitability for work. The plaintiffs say the railroad usually makes its decision without doctors examining employees, and Union Pacific ignores the recommendations of doctors who are treating individuals and have cleared them to return to work.

An occupational medicine doctor who works with the plaintiffs, Kevin Trangle, said he doesn’t think UP’s policy is sound because it’s “more restrictive than necessary, and would tend to cause workers to be unnecessarily prevented from working.”

Rolando Vasquez said in one of the lawsuits he lost his job after he had a motorcycle accident because doctors put him on anti-seizure medication as a precaution. In response, the railroad imposed a series of restrictions that made it impossible for him to work as an electronic technician inspector in Del Rio, Texas, even though he’d never actually had a seizure.

In another case, a diesel electrician said he was treated as if he had a condition that causes seizures after he fainted once because he was dehydrated while battling an illness. The railroad ruled that Joseph Carrillo shouldn’t be allowed to operate any company vehicles, work around moving trains or hold any job that involved “critical decision making,” so his managers in El Paso agreed he could no longer repair locomotives.

J.J. Stover lost his job as a track inspector in Kearney, Nebraska, after having a dizzy spell at work because his doctors labeled the 2016 incident a mini stroke, or transient ischemic attack, even though he said all the tests they performed on him while he was hospitalized for more than three days came back negative and he hasn’t experienced any more dizziness.

Stover’s doctors said he could return to work just a couple weeks later. Shortly after that, the Army Reserves took his doctors’ word and sent him to Poland for several weeks of training, but Union Pacific spent nine months reviewing his records before deciding he shouldn’t be allowed to drive a railroad truck or work around the tracks.

Another one of the workers’ attorneys, Nick Thompson, said Union Pacific doesn’t seem to consider any mitigating details, and it applies the same restrictions to every worker that has a condition regardless of whether that person drives a train or digs a ditch to install a signal for the railroad.

“They treat every condition like it’s the worst version of that. If you pass out — regardless of the cause — they treat it for determining risk of future events as though it is an unmedicated seizure condition. That just doesn’t make any sense,” Thompson said. 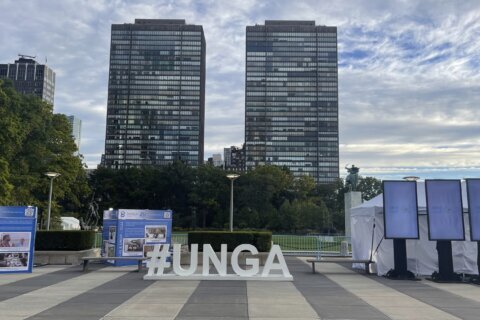 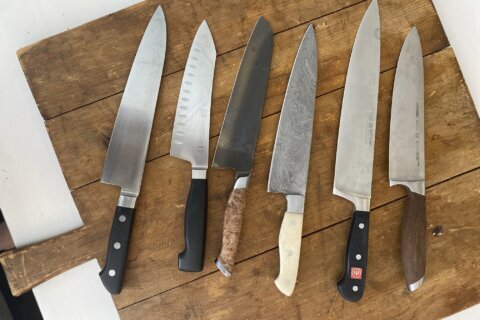