At UN, Iraq and Turkey escalate dispute over deadly attack

UNITED NATIONS (AP) — A dispute between Iraq and Turkey over a recent deadly attack in Iraq’s northern Kurdish region escalated at an emergency meeting of the U.N. Security Council on Tuesday.

Iraq’s foreign minister demanded the withdrawal of all Turkish troops from his country, while Turkey’s deputy ambassador said his government will keep pursuing fighters it considers terrorists who take refuge in Iraq.

The Iraqi government sought the meeting after the July 20 artillery attack that killed nine Iraqi tourists and injured 33 other people. Its foreign minister, Fuad Hussein, said the government has “proofs” that Turkish armed forces were responsible.

Turkey has denied it was behind the attack and blamed fighters from the Kurdistan Workers Party, or PKK, which is considered a terrorist organization by Ankara and the West. It has for decades waged an insurgency against the government in Ankara and maintains hideouts in Iraq’s mountainous north.

At the start of the Security Council meeting, the U.N. special envoy for Iraq had said Turkey and Iraq were ready for a joint investigation into the artillery shelling at the Parkha resort in the Zakho district of the semi-autonomous Kurdish region.

Jeanine Hennis-Plasschaert said Iraq’s caretaker prime minister, Mustafa al-Kadhimi, emphasized in a conversation Monday “the importance of a transparent and thorough investigation: independent or jointly.” She quoted him as saying it is vital “to put a stop to speculations, denials, misunderstandings and rising tensions.”

The U.N. envoy said she understood “that Turkey is also ready to address the issue jointly, with Iraq, in order to determine exactly what happened.”

Iraq’s Hussein called on the Security Council to set up “an international independent team of inquiry” to look into what he called the Turkish army’s “flagrant aggression.”

The foreign minister told journalists later that Iraq is also ready to have a joint investigation with Turkey, but he said “they didn’t approach us” and “never sent us an official letter about having an investigation.”

Turkey’s deputy U.N. ambassador, Öncü Keçeli, countered that “we made it clear that Turkey is ready to take all the steps to unveil the truth,” stressing to the council that “our officials at many different levels have given the same message.”

He said some Iraqi authorities were on the same page as Turkey and “wanted to find out the truth.” But other Iraqi officials, he said, “chose escalation instead of diplomacy and cooperation,” and started a media “smear campaign” aimed at driving a wedge between the Turkish and Iraqi people.

Hussein said the Iraqi government is “sure” the Turkish military was responsible for the attack. He pointed to the findings of its investigation that Turkey’s army has bases in the area near the resort, PKK fighters have not been in the area for the last month and the Turkish army uses 155 mm artillery projectiles whose fragments were found at the scene.

Hussein added that many people in the area “gave us enough information about the activity of Turkish soldiers there.”

He called on the Security Council to urgently adopt a resolution demanding that Turkey withdraw what he said were about 4,000 combat soldiers from Iraq, and halt incursions into Iraqi airspace.

Turkey’s Keçeli countered that “the sovereignty and territorial integrity of Iraq are breached by terrorist organizations, not by Turkey,” which he said has always supported Iraq’s sovereignty.

Turkey estimates the PKK controls an area of “at least 10,000 square kilometers in Iraq,” he said. “Nearly 800 villages have been forcefully evacuated by the PKK and all these spots have become a safe haven for the terrorists.” In the first six months of this year the PKK carried out 339 attacks against Turkey, he said.

“Iraq has so far proven to be either unable or unwilling to fight the terrorists,” and therefore it cannot blame Turkey for exercising its right to self-defense, Keçeli said.

Hussein said Iraq’s government is ready to work alongside the United Nations and concerned countries “to ensure that elements of the PKK leave Iraq because this destabilizes Iraq” and undermines security in the country.

The Security Council issued a statement Monday condemning the attack on the resort “in the strongest terms,” expressing support for Iraqi authorities “in their investigations” and urging all countries to cooperate with the Iraqi government “and all other relevant authorities in support of these investigations.” The council did not mention Turkey.

Diplomats said chances of the council approving a resolution demanding the withdrawal of Turkish forces from Iraq are slim, especially given the key role Turkey is playing in the recently announced deal to export desperately needed grain from Ukraine and grain and fertilizer from Russia to countries facing food shortages, rising prices and widespread hunger. 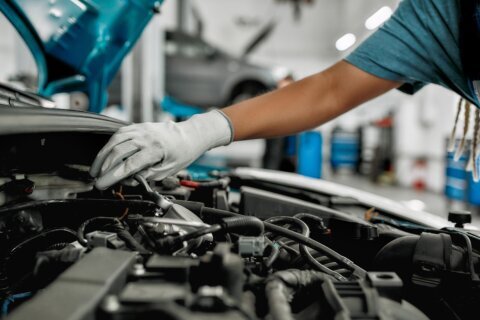