NEW YORK (AP) — The rent has come due for America’s small businesses and at a very inopportune time.

Landlords were lenient about rent payments during the first two years of the pandemic. Now, many are asking for back rent, and some are raising the current rent as well. Meanwhile, most of the government aid programs that helped small businesses get through the pandemic have ended while inflation has sharply pushed up the cost of supplies, shipping, and labor.

Martin Garcia, owner of gift and décor store Gramercy Gift Gallery in San Antonio, Texas, survived the first part of the pandemic in part by paying his landlord whatever rent he could each month. Then in August 2021, after the federal moratorium on evictions ended, his landlord asked for the full amount of back rent that he owed.

“I needed $10,000 in 15 days,” Garcia said. He took whatever loans he could find – often at high interest rates – and barely met the deadline.

A strong holiday season helped him pay back his loans, but so far this year sales have slipped, and he used credit card financing to pay his June rent. Garcia thinks some of his customers are cutting back on non-essentials to afford to pay the higher prices for gasoline and other must-have items.

Thirty-three percent of all U.S. small businesses could not pay their May rent in full and on time, up from 28% in April, according to a survey from Alignable, a small business referral network. And 52% said rent has increased over the past six months.

“Many small businesses are still frankly recovering from whatever the last phase of COVID was,” said Chuck Casto, head of corporate communications at Alignable. “Plus, they’re dealing with a years’ worth of increasing inflation on top of that. It’s made it difficult for small businesses to really make a go of it.”

Ris Lacoste owns a namesake restaurant, Ris, in Washington, D.C., and is staying afloat using aid she got from the Restaurant Relief Fund to pay her rent. But the money must be spent by March of 2023.

“What I have to do to stay alive after that, every single penny that I can save has to go into reserve,” Lacoste said. To cut corners she’s refinishing tables to cut down on linen costs, not printing color copies of menus, and working with 22 staffers instead of the 50 she once had.

Before the pandemic, the 7,000-square-foot restaurant was often full, but it isn’t “back to full occupancy at all,” Ris said. At the same time, inflation is compounding the cost of doing business.

But rent isn’t something she can control, and that adds to the stress.

“You’re working for the landlord, how long do you want to do that, how long will you survive?” she said. “It’s not sustainable.”

Data from the commercial real estate financing and advisory firm Marcus & Millichap shows rent rose 4.6% in the first quarter of 2022 compared with the year-ago quarter as the vacancy rate dropped to 6.5%, the lowest since before 2015. But Daniel Taub, national director of retail sales at Marcus & Millichap, said inflation will make it harder for landlords to impose rent increases as the consumer begins to feel squeezed.

“Consumers can only spend so much when the dollar goes not as far, and retailers can only pay so much to carry space and have enough inventory to pay employees,” he said. “It’s a tough retail market and something’s going to have to give.”

Charleen Ferguson owns the building that houses the tech business she owns with her husband, Just Call the I.T. Guy, in Wylie, Texas. She also has 13 tenants, so she sees the dilemma from both the small business and landlord points of view.

During the pandemic, Ferguson agreed with her tenants, which range from a massage therapist to a church, to put a moratorium on rent. Once things began to reopen, she worked with tenants on the back rent . They all caught up within three months — except the church, whose debts she forgave.

But she’s had to raise rent by about 5% as of May to keep up with her own costs of maintaining the building. Prices have gone up for utilities and cleaning supplies, as well as property taxes. So far, she hasn’t lost any tenants.

“I did just enough to cover the increases, I didn’t do any more,” she said. “We’re not making much money, but we’re keeping people in business.”

For some small businesses, a higher rent just isn’t an option. The solution: Go remote.

Alec Pow, CEO at ThePricer.org, a credit management consultancy with 8 employees in New York, said his landlord planned to hike rent 30% when they renewed the contract. Pow expected a smaller increase. The landlord said they had a prospective tenant who would pick up the lease for the full requested price.

So, Pow decided to lose the office and let his New York staffers work remotely for two months while they search for a cheaper space. The business also has one office in San Francisco and two in Europe.

“We were in the process of increasing the wages of our employees to counter the rise of inflation,” he said. “Our annual budget didn’t have room for both of these expenses, so we had to pick one .” 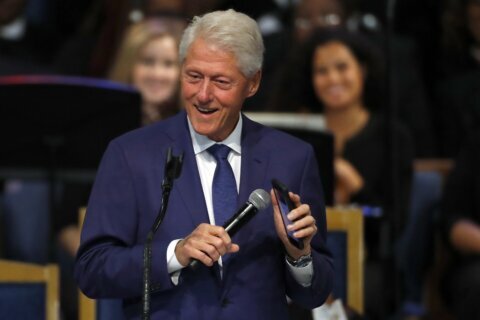