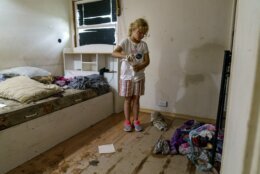 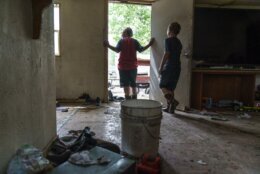 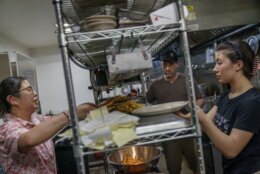 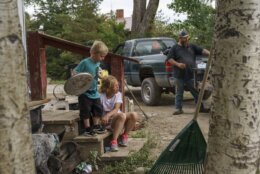 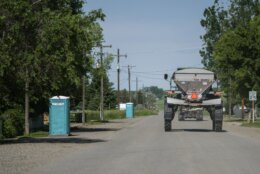 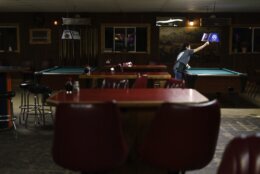 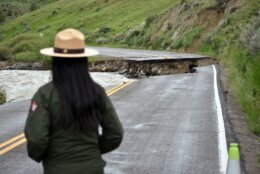 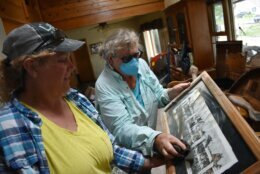 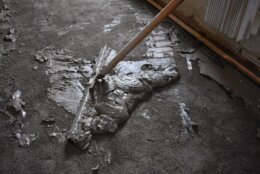 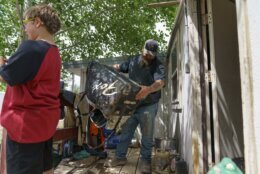 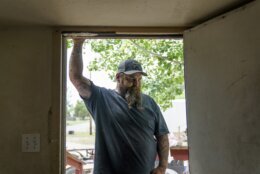 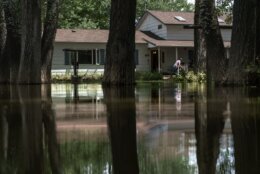 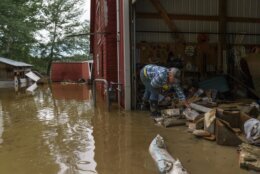 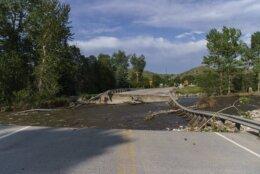 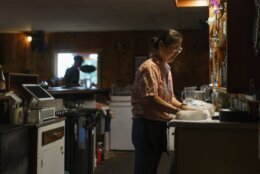 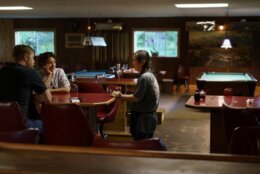 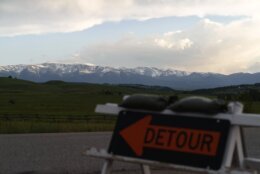 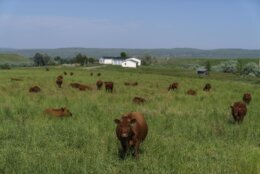 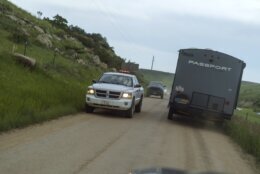 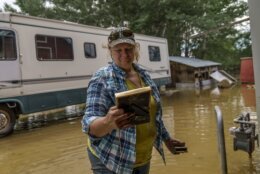 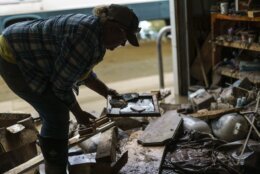 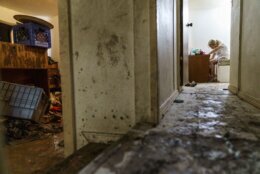 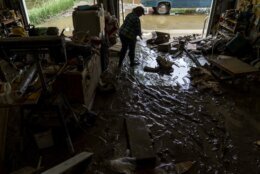 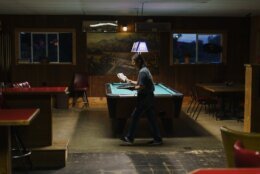 FROMBERG, Mont. (AP) — With Yellowstone National Park pushing to reopen to tourists more quickly than anticipated after record floods pounded southern Montana, some of those hardest hit in the disaster live far from the famous park’s limelight and are leaning heavily on one another to pull their lives out of the mud.

Park officials said Sunday that they hope to have most of Yellowstone open within two weeks, as they use a $50 million infusion of federal highway money to accelerate road and bridge repairs. There’s still no timetable for restoring connections between the park and neighboring portions of Montana where the recovery is expected to stretch for months.

In and around the agricultural community of Fromberg, the Clarks Fork River flooded almost 100 homes and badly damaged a major irrigation ditch that serves many farms. The town’s mayor says about a third of the flooded homes are too far gone to be repaired.

Not far from the riverbank, Lindi O’Brien’s trailer home was raised high enough to avoid major damage. But she got water in her barns and sheds, lost some of her poultry and saw her recently deceased parents’ home get swamped with several feet of water.

Elected officials who showed up to tour the damage in Red Lodge and Gardiner — Montana tourist towns that serve as gateways to Yellowstone — haven’t made it to Fromberg to see its devastation. O’Brien said the lack of attention is no surprise given the town’s location away from major tourist routes.

She’s not resentful but resigned to the idea that if Fromberg is going to recover, its roughly 400 residents will have to do much of the work themselves.

“We take care of each other,” O’Brien said as she and two longtime friends, Melody Murter and Aileen Rogers, combed through mud-caked items scattered across her property. O’Brien, an art teacher for the local school, had been fixing up her parents’ home with hopes of turning it into a vacation rental. Now she’s not sure it’s salvageable.

“When you get tired and get pooped, it’s OK to stop,” O’Brien said to Murter and Rogers, whose clothes, hands and faces were smeared with mud.

A few blocks away, Matt Holmes combed through piles of muck and debris but could find little to save out of the trailer home that he shared with his wife and four children.

Holmes had taken the day off, but said he needed to get back soon to his construction job so he could begin making money again. Whether he can bring in enough to rebuild is unclear. If not, Holmes said he may move the family to Louisiana, where they have relatives.

Yellowstone will partially reopen at 8 a.m. Wednesday, more than a week after more than 10,000 visitors were forced out of the park when the Yellowstone and other rivers went over their banks after being swelled by melting snow and several inches of rainfall.

Only portions of the park that can be accessed along its “southern loop” of roads will be opened initially and access to the park’s scenic backcountry will be for day hikers only.

Within two weeks officials hope to open the northern loop, after previously declaring that it would likely stay closed through the summer season. The northern loop would give visitors access to popular attractions including Tower Fall and Mammoth Hot Springs. They’d still be bared from the Lamar Valley, which is famous for its prolific wildlife including bears, wolves and bison that can often be seen from the roadside.

“That would get 75 to 80% of the park back to working,” National Park Service Director Charles “Chuck” Sams said Sunday during a visit to Yellowstone to gauge the flood’s effects.

It will take much longer — possibly years — to fully restore two badly-damaged stretches of road that connect the park with Gardiner to the north and Cooke City to the northeast.

During a tour of damaged areas on Sunday, park officials showed reporters one of six sections of road near Gardiner where the raging Gardner River had obliterated most of the roadway. Muddy water now courses through where the roadbed had been only a week ago. Trunks of huge trees litter the walls of the surrounding canyon.

Park Superintendent Cam Sholly said 20,000 tons of material were being hauled in to construct a temporary, alternate route along an old road that runs above the canyon, so that employees who work at the park headquarters in Mammoth can get to their homes in Gardiner.

Meanwhile, outside of the population centers that border the park, there’s a maze of damaged roads that have left remote areas isolated. A key bridge that leads to the town of Fishtail collapsed, causing traffic to divert through a single-lane county road. There are about 500 people in Fishtail.

Lee Johnson and his wife and daughter run the Fishtail restaurant MontAsia, so named because it’s a fusion of Malaysian and Montana cuisine. He said business has plummeted.

“When we opened for the first time after the flood, it started just dead. And you start to have that sense of dread creep in. Did I do all this, did I sink all this money in, have I started this business and people can’t even get here anymore?” Johnson said.

Johnson and his Malaysian wife Yokie took over the lease on a landmark 124-year-old Fishtail building earlier this year, transferring their restaurant from another part of the state. For Yokie, the business was a dream come true.

“Not being from Montana, I wanted to own something,” she said. Going into business with her family was her biggest goal. Yokie said running the restaurant gives her strength as she battles cancer.

Johnson said he is humbled by the chance to support his wife and determined to keep the restaurant open while the flood damage is repaired.

“You hitch your wagon to this community and it’s just a matter of keeping up,” he said.

Racism is still a big problem in the US, but this trend offers some hope