PHOENIX (AP) — Kari Lake, the frontrunner in the Republican primary for Arizona governor, condemned the growing cultural clout of drag queens, jumping into the latest social grievance taking hold on the right.

But her comments were quickly criticized over the weekend by one of the most popular drag performers in Phoenix, who says Lake is a hypocrite who frequented his performances.

Richard Stevens, who performs as Barbra Seville, said Lake, a former television news anchor, regularly attended drag shows and even hired him to dress as Marilyn Monroe at a private party and brought her young daughter. He posted photos on his social media accounts of Lake posing with drag queens and screenshots of his conversations with her.

The dispute between the gubernatorial frontrunner and the prominent drag queen drew national attention and put Lake on the defensive two weeks before early voting begins ahead of Arizona’s Aug. 2 primary. It also fuels a persistent criticism of Lake’s conversion from Barack Obama donor to Donald Trump conservative.

“They kicked God out of schools and welcomed the Drag Queens,” Lake tweeted on Friday night. “They took down our Flag and replaced it with a rainbow. They seek to disarm Americans and militarize our Enemies. Let’s bring back the basics: God, Guns & Glory.”

He told The Associated Press on Monday that he stayed in touch with Lake and privately defended her even as she ran a far-right campaign that he disagreed with. But when she came after drag queens, he said, “this hypocrisy really bothered me.”

“I was just personally offended by that tweet,” Stevens said.

Stevens said he first met Lake in the late 1990s, when he performed regularly at a gay bar near the KSAZ studios, where Lake was an evening anchor. He said Lake and her coworkers would sometimes stop by the bar’s weekly drag show after the broadcast, and he recognized her from watching the news. They eventually struck up a friendship, he said. She would ask him for sources to discuss issues affecting the LGBTQ community, and he occasionally appeared on Fox 10 broadcasts.

Lake once hired him to perform as Marilyn Monroe at a coworker’s baby shower about a decade ago, and there he met her daughter, whom he remembers being around 9 or 10 years old.

As Stevens’ post quickly gained traction on social media Saturday, Lake’s campaign initially responded by drawing a distinction between a drag performer and a man impersonating a female celebrity.

The campaign published a statement Sunday condemning the media for covering the controversy and threatening to sue Stevens for defamation.

“Like most sane people, Kari Lake is very much opposed to grown men or women dancing provocatively for children, especially at the expense of the taxpayer,” the statement said. “Why would anyone be opposed to this?”

The statement called Stevens a “talented comedian and performer that Kari Lake covered during her TV career” and pointed to his support for Secretary of State Katie Hobbs, the frontrunner for the Democratic nomination.

Lake jumped quickly into the frontrunner’s position after launching a campaign that energized the GOP base and earned Trump’s endorsement. She has aggressively promoted false claims that the 2020 election was marred by fraud. But she faces a challenge from businesswoman Karrin Taylor Robson, who’s family fortune has allowed her to vastly outspend Lake on television ads, and from former U.S. Rep. Matt Salmon.

Drag shows feature men dressing in flamboyant women’s clothing while dancing and singing or lip-syncing. Once a relatively obscure subculture, they’ve have exploded into the mainstream with the popularity of the television hit “RuPaul’s Drag Race.” Some performances, particularly light-night events at bars, can be risque. Others are promoted as family friendly affairs, such as drag queen story hour.

Lake’s drag queen tweet latched onto an issue that caught fire this month with conservatives around the country who say drag shows are sexualizing children.

Lawmakers in several states have introduced legislation attempting to ban children from drag shows, and GOP leaders of the Arizona Senate say they have plans for a similar bill.

“The fact is, drag has existed forever,” Stevens said. “I’ve been doing drag longer than Kari has been a Republican. But if you want to outlaw drag in front of kids, you better free up your calendar because it’s ingrained in our culture. The first drag queen I saw was Bugs Bunny.” 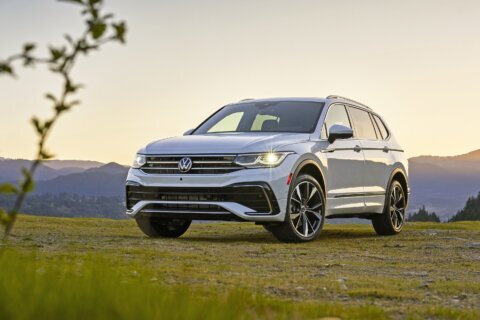