TAMPA, Fla. (AP) — Detectives in Tampa are asking Uber to help solve a “grandparent scam” that conned $10,000 from a 75-year-old man who was told his granddaughter needed the money to get out of jail.

Uber also is helping the Hillsborough Sheriff’s Office find suspects in a long-running con that scammed an 82-year-old woman out of $700,000, nearly her entire life savings.

In both cases, someone told the elderly victims to withdraw money and then used the ride-sharing service to pick it up. Detectives want names of Uber account holders and credit card information along with their ride histories, and Uber says it’s cooperating.

In this latest case, the North Tampa man was contacted by someone claiming to be his granddaughter’s lawyer, asking him to withdraw $10,000 on May 11, the Tampa Bay Times reported.

At first he was instructed to go to a bail bonds business, but then was told that someone would come for the money in a silver Toyota with an Uber plate on the front dashboard. Uber confirmed the trip, and now a search warrant seeks more information to follow the money.

“Uber strictly prohibits the use of the Uber app to commit crimes and regularly works with law enforcement to assist with investigations,” Uber told the Tampa Bay Times.

Uber’s guidelines say the service maintains user data as described in its privacy notice and terms of use, disclosing information to law enforcement “in accordance with the Electronic Communications Privacy Act.”

In the other case, a woman pretending to be the 82-year-old’s granddaughter and a man who said he was her lawyer convinced her to make 13 withdrawals from BB&T branches in the Tampa area. She handed stacks of cash to couriers using Uber.

The woman’s lawyer is suing Truist Bank, created when BB&T merged with SunTrust, alleging negligence for allowing her to make large and unusual withdrawals even after red flags were raised. 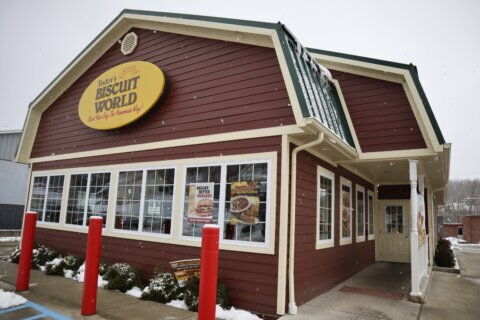