SACRAMENTO, Calif. (AP) — California will require health care workers to get a booster shot of the coronavirus vaccine, Gov. Gavin Newsom announced Tuesday, pledging to make sure hospitals are prepared as a new version of the disease begins to spread throughout the state.

California already requires health care workers to be vaccinated against the coronavirus, a directive that took effect in September and has since led to the firing or suspension of thousands of people. Now it will join New Mexico as at least the second state to require booster shots for health care workers.

Newsom made the announcement on his personal Twitter account. His office declined to give more details, including how many workers would be affected and whether frequent testing would be allowed as an alterative. Newsom has scheduled a news conference in the San Francisco Bay Area on Wednesday.

“California will require healthcare workers to get their booster,” Newsom said. “With Omicron on the rise, we’re taking immediate actions to protect Californians and ensure our hospitals are prepared.”

California has so far fared far better than many other states that are dealing with a coronavirus surge, with areas in the Midwest and Northeast seeing the biggest jump in cases and hospitalizations amid frigid temperatures that have kept people indoors.

The U.S. Centers for Disease Control and Prevention lists California as a place with “high” transmission of the virus, along with nearly everywhere else in the country. But in the last week California averaged 114 new cases per 100,000 people, less than half the national rate.

Meanwhile, coronavirus related hospitalizations have been rising slowly in California, up 15% in the last 11 days to 3,852. That’s less than half as many as during the late summer peak and one-fifth of a year ago, before vaccines were widely available.

But while hospitals overall have fewer patients than last winter, many have fewer workers to treat the patients they do have. The staffing shortage comes as businesses are having trouble finding workers, including hospitals. A recent study by the University of California-San Francisco estimated the state’s nursing shortage could persist until 2026.

“The staffing shortages we are experiencing are worse than ever,” Kiyomi Burchill, group vice president for policy for the California Hospital Association, said in an interview Tuesday before Newsom made his announcement about booster shots.

California is poised for a surge in new infections amid holiday parties and family gatherings forced indoors by a series of winter storms.

But experts say the nation’s most populous state is likely to avoid the worst scenario — spikes in hospitalizations and deaths — because most Californians have either been vaccinated or already been infected. That gives a higher level or protection against the omicron variant that, while not guaranteeing people won’t get sick, means they are less likely to need to go to the hospital.

“It’s a highly transmissible respiratory virus and people are going to get it. And they are going to get it every winter,” said Dr. Monica Gandhi, a professor of infectious diseases at the University of California, San Francisco. “We have to go toward measuring our true success with a disease, which is how we’re doing with hospitalizations.”

More than 70% of the state’s nearly 40 million residents have been fully vaccinated while 42% have gotten a booster shot. As of Monday omicron is now the dominant variant of the coronavirus in the United States.

Much about the omicron variant remains unknown, including whether it causes more or less severe illness. Scientists say omicron spreads more easily than other coronavirus strains, including delta. Early studies suggest the vaccinated will need a third shot for the best chance at preventing infection but even without the extra dose, vaccination still should offer strong protection against severe illness and death.

Computer models used by state officials to forecast the virus say hospitalizations will stay steady through the holidays and dip slightly in mid-January.

“I’m on the fence a little bit about how horrible is this,” said Dr. Brad Pollock, associate dean for public health sciences at the University of California, Davis School of Medicine. “We’re going to have more people infected because of the more transmissible variant. It may be a little less virulent, which means it causes less symptoms.”

In San Diego, researchers recently discovered the highest levels of coronavirus since February in a wastewater treatment plant that serves about 2.3 million people.

“Every time we’ve seen that kind of increase in the wastewater, a couple of weeks later we see an increase in cases,” said Rob Knight, a professor at the University of California-San Diego School of Medicine.

Mayor Eric Garcetti said Tuesday that he didn’t anticipate another lockdown because “I think we’re so much better protected than we were.” However he said he believes restrictions such as masking indoors will continue into February and perhaps even March, depending on vaccination, hospitalization and infection rates.

Places in California with lower vaccination rates, including Riverside and San Bernardino counties, have seen jumps in hospitalizations recently.

“The problem is there are counties in California, particularly in central California and eastern California, where they have had neither high vaccination coverage or a lot of prior infections,” said Dr. Jeffrey Klausner, a professor of infectious diseases at the University of Southern California’s Keck School of Medicine. “We can expect in those communities that there may be an increase in hospitalizations for people at high risk for severe consequences.” 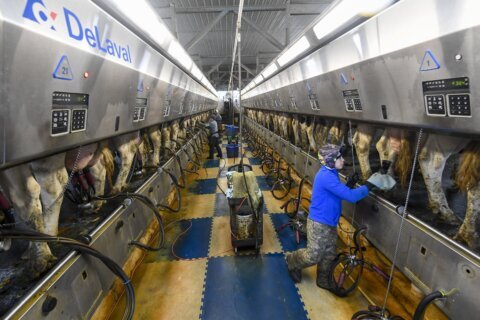 Farmers alarmed as NY looks at expanded OT for their workers 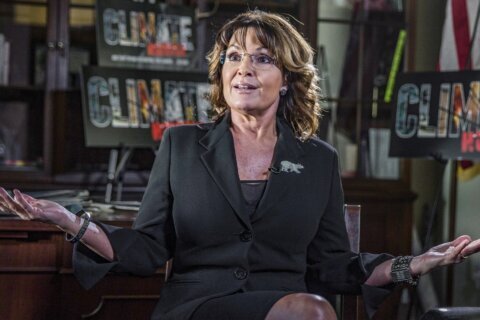 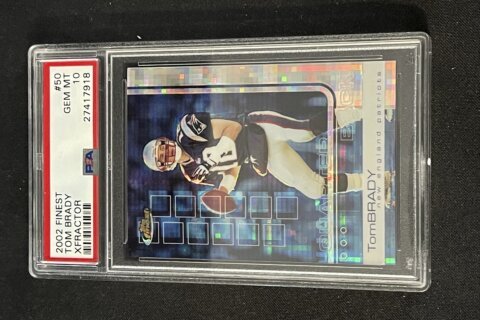