NEW YORK (AP) — Charise Castro Smith, the first Latino woman to co-direct a Walt Disney Animation Studios movie, admits that she has felt terrified at times. But when the chance to work on “Encanto” came around, she had no doubts.

“I said, ‘I have to do this. I have to,’” Castro Smith said in an interview with The Associated Press. She joined the project as a writer and had never been in a directing role.

“Encanto,” which she co-directs with Jared Bush and Byron Howard, is set in Colombia — the land of magical realism — and follows Mirabel Madrigal, a teenage girl dealing with the frustration of being the only member of her family without magical powers. It opens in theaters Nov. 24.

“Encanto” is undoubtedly a big step for Castro Smith, who started as a playwright and has credits as a writer for “Devious Maids.” She was also a producer and writer for ”The Haunting of Hill House” and “The Exorcist.”

Her perspective as a woman raised in a Cuban American family proved useful to the job.

“Charise was a godsend from the moment she joined ‘Encanto’ and created a foundation of heart, vulnerability and authenticity that the entire film is built upon,” Bush said in an email to the AP. “From day one, she wanted to create a unique, flawed and utterly human character in Mirabel that spoke to the experiences of so many Latinas, while at the same time being relatable to audiences around the world.”

Initially brought on as a writer to collaborate with Bush, Castro Smith was asked to be a co-director after seven or eight months, she said. “So it sort of happened organically and it’s been amazing.”

She especially credits her bond with her Cuban grandmother as a source of inspiration for Abuela Alma, who is voiced in the film by Colombian actor María Cecilia Botero.

“I just remember watching that (talk) show ‘Cristina’ with her a lot,” Castro Smith recalled of her own abuela. “She encouraged me a lot. She was an amazing woman. Actually, the play I wrote most recently (‘El Huracán’, or ‘The Hurricane’) is about her.”

Although Alma “is temperamentally really really different than my grandmother was… that bond and that closeness I think was something that really informed me as I was writing,” she said.

Howard could see this too.

“From the very beginning, Charise knew who Encanto’s Abuela Alma needed to be, inside and out,” he wrote in an email to the AP. “Charise’s writing showing Alma’s bravery and struggle became the emotional heart of the film, and I know that much of this intimate connection with the character comes directly from the strong women in her own family.”

“This unique talent of blending real-life emotion with heightened, supernatural storytelling comes naturally for Charise,” Howard added. “She always writes with a sense of emotional truth.”

Castro Smith was raised in Miami and attended Brown University as an undergraduate student and later the Yale School of Drama, where she earned an MFA in acting.

Growing up, storytelling was a big part of her life.

“My mom used to tell stories about how, when I was a little kid, I was like putting on plays that I wrote in the living room and my grandmother really really encouraged it,” she recalled. “Then I went to see my first musical when I was like in third or fourth grade … and from that moment I was like, ‘I have to do this, I have to be involved in it.’”

Besides the opportunity of bringing to the screen characters that children of color can relate to, Castro Smith said she was also drawn to “Encanto” by the idea of a protagonist that at the beginning may not be able to accept herself but learns to see and embrace her own value.

“I think it is a powerful message that I wanted to offer to everyone,” she said. “But particularly the fact that this is a Latinx character, it was just so personally important to me to put that on the screen. It’s meant the world to me to work on this because of that.”

In terms of representation, she feels hopeful that “Encanto” and other upcoming projects will pave the way for more productions led by and focused on minorities.

And Castro Smith has found her own value

“It turns out I really love directing,” she said. “I wanna keep doing that after this.” 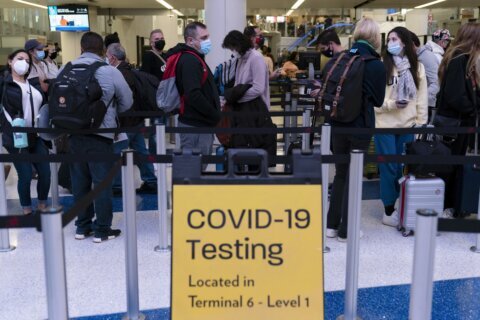 EXPLAINER: What are the rules for travelers entering the US? 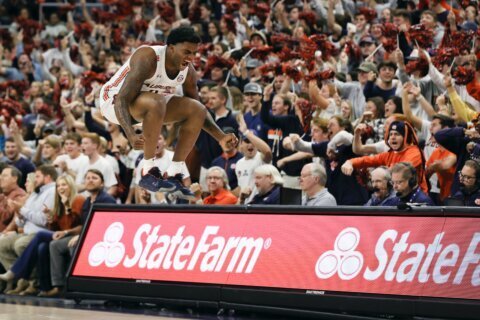 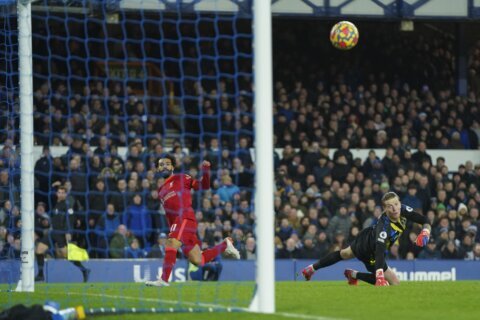