LOS ANGELES (AP) — Like a lot of Asian actors, Simu Liu has played the nameless guy who can do martial arts but inevitably loses out to a more skilled white guy. It was one of his very first stunt jobs.

“Yeah, I took my paycheck and I went home. I didn’t really complain about it,” said the Chinese-Canadian actor. “But then, you look at the bigger picture and you look at the opportunities that are available to Asian performers. You see that yeah, past a certain point, there really isn’t that deeper representation.”

Now, it’s Liu’s time to take out baddies and be No. 1 on the call sheet. He is taking on the titular role in Marvel Studios’ first Asian-led superhero flick, “Shang-Chi and The Legend of The Ten Rings.” The highly anticipated movie, which opens Friday, has all the bells and whistles of a Marvel tentpole — huge fight sequences, dizzying stunts and sweeping locales. While Shang-Chi can high-fly kick and punch any opponent, is the “master of kung fu” powerful enough to make Hollywood finally bury tired story tropes and support projects by actors and filmmakers of Asian descent?

The movie, directed and written by Asian Americans, centers on trained assassin Shang-Chi trying to live an ordinary life in San Francisco. Awkwafina and comedian Ronny Chieng also star. The original comic book was inspired by the popular ’70s kung fu films. It pays homage to those but also strives to bring humanity outside of the action. Liu, known for the sitcom “Kim’s Convenience,” won the role for his acting chops, not karate chops.

The martial arts movie genre has been a double-edged sword for Asian Americans for decades. Bruce Lee, who was born in San Francisco, is credited with bringing Hong Kong kung fu films to non-Asian audiences because of his jaw-dropping martial arts prowess. But for many Asian American males, it’s still an unfortunate rite of passage to be mockingly called Bruce Lee or Jackie Chan or asked about knowing karate.

“When I moved over to California from Hawaii, it was the first time that just a random person in a bar just, you know, lightly and jokingly called me Bruce Lee,” Cretton said. “I love Bruce Lee. He is awesome. The only problem is that’s all we had.”

In fact, a national survey commissioned by nonprofit Leading Asian Americans to Unite for Change in the spring found 42% of 2,766 adults polled could not name a current famous Asian American. The next two most popular responses? Jackie Chan and Bruce Lee.

Phil Yu, who comments on Asian American pop culture on his longtime “Angry Asian Man” blog, also co-hosts a podcast, “They Call Us Bruce.” Bruce Lee and Jackie Chan themselves were never the problem, he said. It was the way Hollywood ran with the formula.

“It does feel like martial arts, the concept as it’s been distorted through a Western lens, is used to pigeonhole us, to make us feel smaller and to mock us,” Yu said. In “Shang-Chi,” “when you have a movie that is nearly all Asian … or almost every face is Asian, you have room for everyone to serve a different narrative purpose.”

Another cliche narrative that persists is the mystical Asian mentor who trains a white protagonist in martial arts. The white pupil then gets to be the savior back home in the U.S. It’s a story that Marvel drew backlash for when, in 2017, they cast a white lead in their “Iron Fist” Netflix series.

The “Shang-Chi” team assures that their foray into the Marvel Cinematic Universe is something that speaks to the Asian American experience. The high-octane adventure is ultimately a family drama about a young Asian immigrant who shuns his father’s wishes to live his own life in America. Dave Callaham, a co-writer, found himself getting emotional over the screenplay.

“I’ve been writing professionally for 19 years. It’s the first time I’ve ever been asked to write from my own perspective,” Callaham said. “Every other movie I’ve ever written it’s ‘Step one: Imagine you’re a beautiful man named Chris’ — a white man usually.”

“Shang-Chi” is the latest in a cluster of martial arts-theme productions with Asian actors front and center. “Snake Eyes,” with “Crazy Rich Asians” star Henry Golding and based on the “G.I. Joe” character, opened in July. That movie also starred Andrew Koji, who is the lead in the HBO Max series “Warrior.” The historical drama, which has been renewed for a third season, was inspired by a pitch Bruce Lee wrote. Then there’s the recently renewed CW Network’s “Kung Fu,” a remake of the 1970s show where the white David Carradine played a Shaolin monk.

Olivia Liang, star of the new “Kung Fu,” said it feels like Asians are reclaiming something.

“We get to have fully fleshed out characters who also kick (butt) and do martial arts. … That’s the biggest difference that I feel right now,” said Liang, at last month’s “Shang-Chi” premiere. Entertainment “shapes our world view. For us having been so under-represented for so long, people who don’t see a lot of Asians in the community forget we are part of the fabric of their world.”

“Angry Asian Man” blogger Yu is glad to see these more progressive adaptations but is ready to see Asian talent move beyond this arena.

“We’re still playing in this box of Asians as martial arts heroes,” Yu said. “There’s nothing inherently wrong with that. But that box should be wider. Look at all these things that are Asian-led stories that have come out in the last couple of years.”

“Shang-Chi” comes at a time when Asian Americans are looking for escapism but also to feel more visible. Since the start of the COVID-19 pandemic, Asians and Asian Americans have been targets of race-based verbal and physical assault because the virus was first reported in China. All the actors in “Shang-Chi” have used their platform to speak out or donate money.

Like rom-com “Crazy Rich Asians” three years ago, “Shang-Chi” has more pressure than most of its fellow MCU movies. It’s that pressure that somehow the future of Asian-led projects is tied to box office success.

“We’re always seen as the ‘other,’” said Jodi Long, who plays Mrs. Chen in the movie. “I just don’t think we’re considered sometimes. I think this movie hopefully will change that because it’s our first Asian superhero. We have a lot of heroes in our Asian American community.” 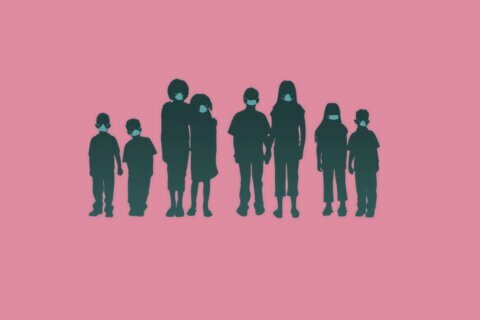 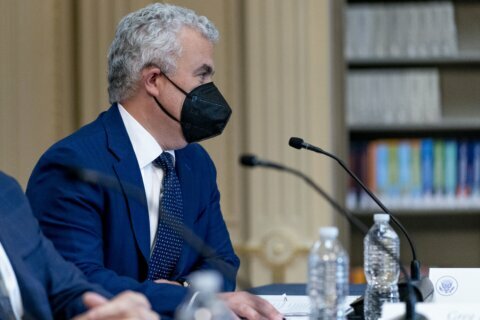 US working on new COVID-19 rules for international visitors 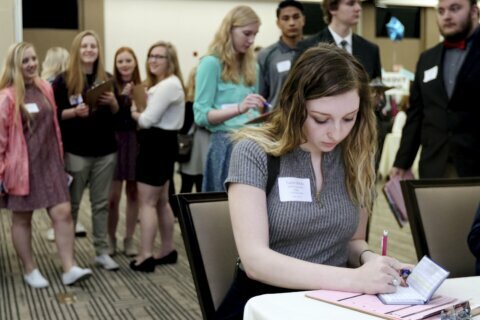 The freelancing boom may change how you buy life insurance