Filmmaker revisits case that challenged her and her 2 moms

LOS ANGELES (AP) — Ry Russo-Young knew she had a story worth hearing, but it was one she was struggling…
Listen now to WTOP News WTOP.com | Alexa | Google Home | WTOP App | 103.5 FM

LOS ANGELES (AP) — Ry Russo-Young knew she had a story worth hearing, but it was one she was struggling to tell.

As a youngster, Russo-Young was at the heart of a legal fight that drew headlines in 1990s America: The two mothers who raised her in New York, including one biological parent, were being sued by the California sperm donor for paternity rights.

The movie that she envisioned for a decade wasn’t jelling for the filmmaker and TV director. Russo-Young ultimately found her voice — and those of others involved in the painful chapter — in “Nuclear Family,” a three-part HBO docuseries starting Sunday (10 p.m. EDT).

“I couldn’t get to a fictional version of the story that I felt was truthful,” Russo-Young said. “It wasn’t until two years ago, when I had one child and I was pregnant with my second child, that something clicked for me and I decided to make it into a documentary.

“And that was when it felt like all the pieces came into place,” said Russo-Young, whose festival award-winning films include 2009’s “You Won’t Miss Me.”

The result is a documentary that’s both movingly intimate and a harsh reminder of America just a few decades ago, when LGBTQ people faced institutionalized and casual discrimination and hostility. Lesbian parenthood was a hope, not reality.

Russo-Young is both guide and participant in “Nuclear Family.” She offers her own memories and reflections and interviews her parents, Sandy Russo and Robin Young, along with others who became enmeshed in the dispute that remains a haunting memory.

She recounted approaching Cris Arguedas, who introduced Russo and Young to her friend Tom Steel, the sperm donor. When Steel pursued the lawsuit, Russo and Young cut off contact with Arguedas.

“’I’ve been waiting for 30 years for you to come find me, and here’s what I have to say,’” Russo-Young recalled Arguedas saying. “She spoke for three hours. She cares deeply about what happened.”

Dan Cogan, the producer of “Nuclear Family,” said he was impressed at the start with the “extraordinary story” that director Russo-Young outlined for him, and what she achieved.

“She was able to balance really being honest with these personal emotions, and being able to craft them in the form of the story as if she didn’t have skin in the game,” said Cogan, an Oscar-winner for the 2017 documentary “Icarus.”

The film includes a wealth of home movies, news clips and footage shot in 1999 for a PBS documentary, “Our House,” about children of gay and lesbian parents — including a precocious, 16-year-old Russo-Young.

“Nuclear Family” begins with what the director said is the story her mothers have been “telling me my entire life,” about their longing to have children and her conception, made possible by the spread of information about self-insemination (yes, turkey basters were a thing ).

“Artificial insemination in a doctor’s office, which protected the children of a married couple using a known donor was barred,” New York attorney Bonnie Rabin, who served as Russo-Young’s law guardian in the dispute, said in an email. “Sperm banks were unavailable to lesbians as a couple, and sometimes to single women. Surrogacy was a crime.”

Russo and Young had one donor for their first child, daughter Cade, and Steel for their second. They chose gay men because they were considered supportive of lesbian motherhood, and both were in California, distant from the children’s East Coast home.

Both donors were expected to be uninvolved with the children unless, Russo and Young said, the girls expressed an interest in meeting them. When they did, the mothers took them for occasional visits.

Russo-Young was 9 years old in 1991 when Steel, a prominent civil rights attorney, filed the suit, and 13 when the fight ended. Steel won a court victory but ultimately dropped the case after Russo and Young pursued an appeal. Steel died of complications from HIV AIDS in 1998, at age 48.

“It is incredibly sad what families like the Russo-Young family endured” before the 2015 U.S. Supreme Court ruling that same-sex couples may exercise the fundamental right to marry, said Emily C. Baker, a family law attorney practicing in Washington, D.C., and Virginia.

While donor laws vary from state to state, they have evolved because of court actions and legislation and “as a general rule, their situation would have been very different if it happened today,” Baker said. Sperm or egg recipients know to have “a donor agreement in place to make sure that the intentions of all parties are clear from the start.”

For Russo-Young, the series proved a way to understand her past, including the contradictory feelings she holds toward Steel.

“After years of telling my story in the legal system and to the press, the making of ‘Nuclear Family’ allowed me to clarify this pivotal chapter of my life and tell my own version of the story,” she said. But the series also has a broader purpose.

“I was only going to tell the story if I felt it has meaning for the world at large. My hope was that by being specific, we could tap into something very universal about families love, loyalty, loss,” she said. “I also felt that the story of the gay family from this renegade culture to mainstream acceptance, that history hadn’t really been told.”

Her sons, with husband Colin Spoelman, represent how much has changed.

““The thing that I love is that my almost 5-year-old has never asked me why he has two grandmothers. He knows Nana and Grandma and he loves them, and that is normal.” 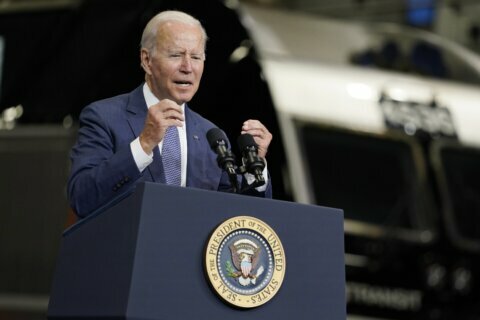