9/11: As the decades pass, the act of remembering evolves

SHANKSVILLE, Pa. (AP) — The hills in Shanksville seem to swallow sound. The plateau that Americans by the millions ascend to visit the Flight 93 National Memorial, to think of those who died in this southwestern Pennsylvania expanse, sits just above much of the landscape, creating a pocket of quiet precisely where quiet needs to be.

It is a place that encourages the act of remembering.

Twenty years have passed since United Flight 93 made its final descent, chaos unfolding aboard as buildings burned 300 miles to the east. Nearly one-fifth of the country is too young to remember firsthand the day that changed everything. Yet at the memorial’s overlook, near the patch where the plane hit, remembering is the whole point.

Remembering is not merely a state of mind. As those who beseech us to never forget the Holocaust have long insisted, it is an act. And when loss and trauma are visited upon human beings, the act of remembering takes many forms.

Remembering is political. Those who disagree about the fate of Confederate statues across the American South demonstrate that, as do those who dispute how much the war on terror and its toll should be part of discussions about 9/11 memories.

Remembering arrives in ground zero ceremonies and moments of silence and prayers upon prayers, both public and private. It shows itself in folk memorials like those erected at the sides of lonely roads to mark the sites of traffic deaths. It is embedded in the names of places, like the road that leads to the Flight 93 memorial — the Lincoln Highway. It surfaces in the retrieval of “flashbulb memories” — those where-were-you-when-this-happened moments that stick with us, sometimes accurately, sometimes not.

And for generations, remembering has been presented to us in monuments and memorials like Shanksville’s, fine-tuned to evoke memories and emotions in certain ways.

Evidence of that is obvious in the past five weeks in Afghanistan, where a 20-year war waged in direct response to 9/11 ended pretty much where it began: with the repressive and violent Taliban in charge once more.

But even within more static forms of memory, such as the Flight 93 National Memorial, the question of how remembering evolves hangs over so much.

In the visitors’ center, visceral, painful artifacts of the moment still bring back the past with astonishing efficiency; twisted, scarred cutlery from in-flight meals is particularly breathtaking. But the variety of remembering that is presented yards away at the quiet overlook and its thoughtful memorial feels more permanent, more eternal.

Paul Murdoch of Los Angeles, the lead architect on the memorial, says it was carefully calibrated to resonate across multiple stages of memory about the event and its implications.

“You can imagine a memorial approach that sort of freezes anger in time, or freezes fear. And that can be a very expressionistic piece of art. But I feel like for something to endure over a long period of time, I think it has to operate a different way,” says Murdoch, who co-designed the memorial with his wife, Milena.

“Now we have a generation of people who weren’t even alive on 9/11,” Murdoch says. “So how do you talk to people of this new generation — or of future generations?”

That question is particularly potent on this anniversary. Society tends to mark generations in two-decade packages, so there’s an entire one that has been born and come of age since the attacks. That hardly means they haven’t been paying attention, though: They “remember,” too.

Krystine Batcho, a psychology professor at Le Moyne College in Syracuse, New York, studies how nostalgia works. She found something interesting a couple years ago when she was researching how young people encountered stories that resonated with them — both personally and through the news.

Even those who lacked living memories of 9/11, Batcho says, responded with stories about the event. It was remembering as shared experience.

So many first encounters with 9/11 were, in the tradition of an information age, both separate and communal. People in different parts of the country and world, under vastly different circumstances, watched the same live camera angles on the same few feeds and saw the same, now-indelible views of the destruction in the same way. They experienced it apart, but together.

That formed a communal memory of sorts, even if sometimes people who saw the same things didn’t remember them the same way — a specific camera angle or vantage point, a key figure’s comments, the exact sequence of events. Remembering can be like that, experts say.

“You would think that the memories would be more cohesive and homogeneous,” Batcho says. “It turns out that it’s much more complicated than that.”

The fundamental tension of this kind of remembering — it feels like yesterday but is also becoming part of history — confronts us in the coming days. Memory becomes history. And history — shared history — is held onto tightly, sometimes rabidly. It’s why so many people grasp tightly to comforting, nostalgic historical narratives — even when they’re shown to have been destructive.

When memory does become history, it can become more remote, like a Revolutionary War memorial for people whose passions and sacrifices have been sanded down by time. With distance, it can calcify.

That’s not going to happen with 9/11 for a long time, of course. Its politics are still roiling. The arguments that it produced — and the ways they sent society hurtling in a different direction — are just as intense as in those early days.

And when a nation pauses to remember the morning 20 years ago when it was attacked, it is not only looking over its shoulder. It is also looking around and wondering: What does this mean to us now?

Ted Anthony, director of new storytelling and newsroom innovation for The Associated Press, was AP’s director of Asia-Pacific news from 2014 to 2018 and covered the aftermath of 9/11 in Afghanistan and Pakistan from 2001 to 2003. Follow him on Twitter at http://twitter.com/anthonyted 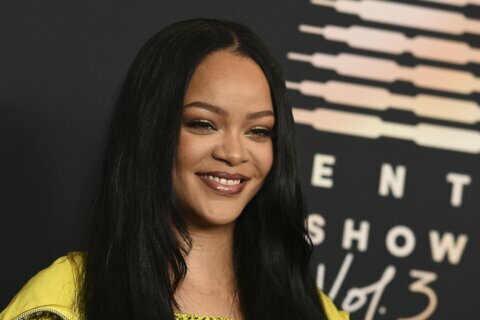