He’s still making them, here and there. But Penn is mostly seeing out commitments he made years earlier. After those? He’s not so sure how much more he’s going to be acting or directing.

Penn, the 61-year-old maverick actor and sometimes filmmaker, is in many ways happily out of step with many of the prevailing winds in Hollywood. Streaming films? Franchise movies? So-called “cancel culture?” All of these things draw his ire, to various degrees. Meanwhile, Penn is dedicating more of his time to Haitian relief efforts and getting people vaccinated than he does to movies.

All of that makes “Flag Day,” a new film Penn directed and co-stars in, a rarity for a once voracious actor who in the past decade has been a co-lead in only a few movies (“The Professor and the Madman,” “Gangster Squad”). In the father-daughter drama, which MGM will release Friday in theaters, Penn plays a larger-than-life but often absent and sometimes imprisoned father to daughter Jennifer (played by Penn’s daughter Dylan Penn).

“I’m currently feeling with this movie incredibly lucky to have a movie that’s going to be a movie, that’s going to have a theatrical front,” Penn said in an interview last month. “I, as an audience, can be very into some of the things that are only streaming. But as a practitioner, not at all. To act in something, you take it in a certain stride. But as a director, the way I’ve always put it is: It’s not the girl I fell in love with.”

And Penn increasingly sounds like someone for whom the romance of movies has faded. He misses Hollywood films that aren’t “just razzle-dazzle, Cirque du Soleil movies,” he says. On Marvel movies, he laments “how much it’s taken up the space and claimed so much time in the careers of so many talented people.” Arguing that today he wouldn’t be allowed to play gay icon Harvey Milk (2008’s “Milk”), Penn recently said that soon only Danish princes will be playing Hamlet.

And Penn’s generally well-regarded directing career (including 1995’s “The Crossing Guard” and 2001’s “The Pledge,” both with Jack Nicholson; and 2007’s “Into the Wild”) has lately been rockier. His last film, 2016’s “The Last Face,” with Charlize Theron, flopped, and was loudly booed at its Cannes Film Festival debut. Yet Penn last month returned to Cannes to premiere “Flag Day.”

“I’ve been on such extreme ends on that. It’s like: whatever,” says Penn. “The thing is: I am confident that I know as much — more — about acting than almost any of these critics. And I’m very confident in the performance I’m most concerned about.”

With that, Penn raises his hand and points toward where Dylan is sitting across an otherwise empty hotel bar off Cannes’ Croisette. Dylan, 30, is the star of “Flag Day.” She has dabbled before in acting but it’s easily her biggest role yet. In the film, adapted from Jennifer Vogel’s 2005 memoir “Flim-Flam Man: The True Story of My Father’s Counterfeit Life,” she plays an aspiring journalist with a seldom truthful father.

Penn’s confidence isn’t misplaced. In “Flag Day,” Dylan is natural, poised and captivating. She looks a veteran, already, which might be expected of the child of Penn and Robin Wright. And those critics? Some have been quite complimentary. Variety said the film “reveals Dylan Penn to be a major actor.”

Just as Penn is withdrawing from movies, his daughter is stepping forward — even if she didn’t immediately seek the spotlight.

“Growing up, being surrounded by actors and being on set, it was really something that didn’t interest me at all,” Dylan says. “I always thought, and still think, my passion lies in working behind the camera. But as soon as I expressed wanting to do that kind of thing, both of my parents said separately: You won’t be a good director if you don’t know what it’s like to be in the actor’s shoes.”

Dylan grants that her dad may be “passing the torch a little bit.” Hopper Jack Penn, her younger brother, also co-stars in “Flag Day.” (The rest of the cast includes Josh Brolin and Regina King. Original songs by Cat Power, Eddie Vedder and Glen Hansard contribute to the score.)

“I have always thought if she wanted to do it, I’d encourage it,” Penn says.

For Dylan, the father-daughter relationship of “Flag Day” — Jennifer tries to help and stabilize her scamming father but also inherits some of his more destructive, conman habits — is a half-reflection of their own bond together.

Penn has recently been shooting Sam Esmail’s Watergate series for Starz, with Julia Roberts. He’s been vocal that vaccinations ought to be required for everyone on set. During the pandemic, Penn’s Community Organized Relief Effort non-profit, which he started after the 2010 earthquake to help Haitians, erected testing and vaccination sites, helping dispense millions of shots.

Perhaps those experiences have made Penn only further repelled by anything artificial.

“My tolerance for the contrived is less and less,” says Penn.

But working with Dylan came naturally. Talking about her attentive, even disarming presence, he calls her “as uncontrived as it gets.

“I would be sort of taken about by it sometimes, like: ‘Uh, oh. She’s really listening to this. Is she seeing right through this?’” says Penn.

Penn started out younger — he was starring in “Fast Times at Ridgemont High” by the time he was 21. He felt confident from the start in roles that were like him — “young and very shy,” as he describes. Staying natural while expanding away from himself, Penn says, has been the journey ever since. 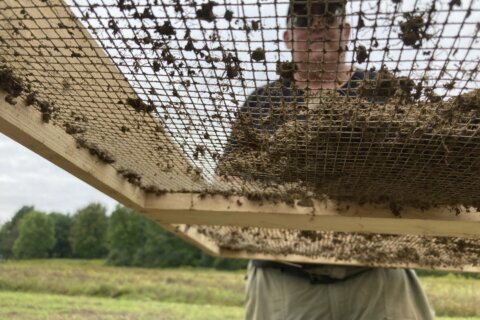 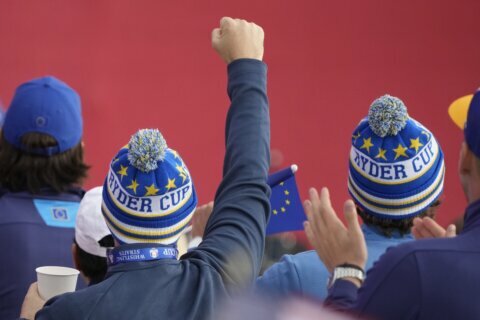