LOS ANGELES (AP) — Manny Pacquiao could have postponed or canceled his boxing comeback when opponent Errol Spence Jr. dropped out less than two weeks before their Aug. 21 showdown.

Instead, the former eight-division champion quickly found some right-handed sparring partners and went right back to work preparing for a new opponent on very short notice.

“I’m not disappointed at all, because my hard work in training is not wasted,” Pacquiao said Wednesday.

Pacquiao (62-7-2, 39 KOs) didn’t hesitate to replace Spence with Yordenis Ugás (26-4, 12 KOs), the Cuban WBA welterweight champion, just 11 days before the pay-per-view show at T-Mobile Arena in Las Vegas. Spence has a retinal tear that requires surgery, but he didn’t know about it until a prefight medical exam.

Instead of preparing for the left-handed Spence, Pacquiao and trainer Freddie Roach are now getting ready for Ugás’ orthodox stance — but it’s nothing the 42-year-old Filipino congressman hasn’t seen before in his quarter-century as a professional boxer.

“The only adjustment I’m going to make for this fight is the southpaw versus righthanded,” Pacquiao said. “That’s the only thing, because Errol Spence is aggressive, and Ugas is also aggressive, so that’s good. He can create more action in the ring, and the fans will love it.”

Ugás was scheduled to make his first title defense against Fabian Maidana on the undercard in Las Vegas, but he got the call to replace Spence on the same day Maidana revealed he had a huge cut underneath his left eye, likely forcing him out of his fight with Ugás anyway.

“Once I found out I was fighting Pacquiao, I was excited, and then I just kept on training as if nothing was unusual,” Ugás said through an interpreter. “When I found out I was going to fight against one of the best fighters in history, that just heightened the excitement for me.”

For the 35-year-old Ugás, the decision to switch opponents required much less careful consideration. After all, fighting Pacquiao is a career-defining opportunity for any fighter, let alone a late-career veteran who once took a two-year break from boxing and is still searching for recognition as a world-class welterweight despite his WBA belt.

“This means the world to me,” Ugás said. “I’m fighting not for the money, but for my legacy, for my country, for my own story that’s going to be told. This is the most important fight of my life. … I’m well aware that Pacquiao is the favorite, but at the same time, I’m a champion. Ever since I came back five years ago, I’ve overcome so much. I’ve had fights stolen from me, I’ve beaten tough opponents, and even though I have a challenge, I have confidence in myself.”

Pacquiao has been out of the ring for 25 months — the longest absence of his lengthy career — since he beat Keith Thurman by decision in 2019 to win one version of the WBA’s 147-pound title.

The WBA is notorious for its capricious and weird sanctioning decisions, but this one stoked Pacquiao’s ire. The chance to reclaim the belt he lost to Ugás for “inactivity” was an appealing aspect of the switch.

“He took my belt, and we have to settle it inside the ring,” Pacquiao said. “I would never take him lightly in this fight, because Ugás is the kind of fighter who can win. … I don’t care if he’s the champion or I’m the champion. We’ll finish this fight first, and then we’ll see who is the titleholder.” 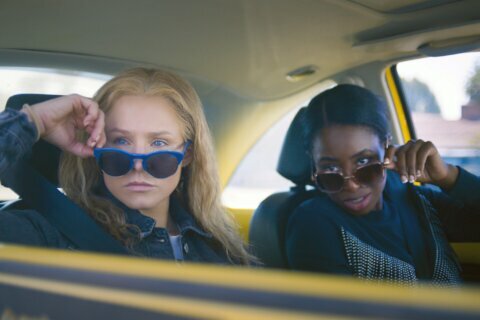