From sourdough to feta pasta, much of the last year at home has been food-focused. And one driver of these…
Listen now to WTOP News WTOP.com | Alexa | Google Home | WTOP App | 103.5 FM

From sourdough to feta pasta, much of the last year at home has been food-focused. And one driver of these delectable fads is the social media platform TikTok.

Many people have embraced cooking during the pandemic, when they’ve been home, bored, looking to try something new. TikTok was ready to fill the gap as a foodie paradise, and has seen more than 15 billion food posts.

“It’s my bedtime routine,” Lori Jackson, 54, of Lynn, Massachusetts, said of watching TikTok cooking videos. “I’ve taken ideas I’ve seen on there and made them.”

One of the burgeoning TikTok celebrity chefs is Harry Heal, a 26-year-old who lives in Dubai.

Heal has a distinct baritone, an English accent, and has garnered about a million followers in the six months he’s been posting cooking videos. He isn’t a chef by trade, though he learned some cooking skills when working in the French Alps as a teen.

“From then on, I have been a huge cooking enthusiast and loved being in the kitchen,” Heal said.

His most viral video – 13.3 million views — is a Valentine’s Day dish with seared chicken breast, roasted garlic, sliced mushrooms and cream. Like most TikTok videos, it’s set to music and has the feel of something professionally crafted.

Tri Phan of Arlington, Virginia, has amassed 1.5 million followers since he began posting workout and healthy cooking videos in November. The 23-year-old, who is working on his master’s degree in data and business analytics at American University, often does two versions of his content, one in English and one in Vietnamese; about 60 percent of his followers are Vietnamese, he says.

“When I first started, it was me wanting to share with the world Vietnamese cuisine, Vietnamese food,” he said. “Now I want to take this TikTok further to really help people learn to cook healthy meals that they could eat and they could eat for the rest of their lives.”

Phan’s love of cooking came despite being told by his traditional mother to stay out of the kitchen. “My mom never wanted the only boy in the family to be in the kitchen,” he said.

“And because of that, I always wanted to cook.”

Now that he’s TikTok famous, he says his mother doesn’t quite grasp what that means. “She’s like, ‘Oh, good job, son. Very good. But your finance major, how’s that going?’”

About one year ago – somewhere near the “Tiger King” phase of the pandemic – a whipped coffee drink made the rounds on the internet, starting its viral journey on TikTok. The drink originated in South Korea, where it’s called a dalgona coffee. All it required was instant coffee, sugar and hot water to construct a luscious-looking beverage resembling a soft-serve ice cream cone. The hashtag #whippedcoffee has amassed more than 2.3 billion views.

There’s a lot of variety on “food TikTok.” You can learn to perfect a hamburger or ferment kimchee, make old-fashioned Japanese candy or fry frog legs.

The video-only platform lends itself to cooking demonstrations, said Crystal King, a social media professor at Boston-based marketing software firm Hubspot. Other social media platforms have multiple features – lots of text or static photos – that can divide a user’s attention. TikTok, however, “sucks people in really easily,” she said. “The format is simple, easily understood and it connects people into a global understanding of food really quickly.”

The vast array of content is a leading attraction of food TikTok, fans say. Many people, like Julie Vick, a 44-year-old writer and college instructor in the Denver area, look there for new ideas.

“The videos are a little mesmerizing at times,” Vick said. “I’ve liked watching the tortilla ones, where people put four different ingredients in different sections of a tortilla and then fold it up and cook it in a skillet.”

“If we engage younger people in learning to cook, they will start making food for themselves one day,” Gangle said. “And they might become interested in learning the skills later on.”

The link between good nutrition and knowing how to cook has been well established. But until the pandemic, cooking skills were on the decline for young people and not frequently taught in school.

Camden Allard, a 21-year-old student in Seattle, has made several recipes from TikTok: bread recipes, the feta tomato pasta that recently broke the internet, trifles, cinnamon rolls and the quarter quesadilla.

“TikTok videos are great to watch because I am able to get the overall information about a recipe – like what it makes, the ingredients, how you cook it – in about a minute,” he said. “I can quickly determine if it’s something that I would be interested in doing.”

Allard, who has been cooking for about eight years, said he enjoys making meals with his girlfriend and family, and TikTok has made it easy for them to expand their repertoire.

“Quarantine has made life bland and repetitive with us staying at home, and having new meals to try out has added some excitement,” he said. “That has made making dinners less of a chore and more an exciting thing.”

Amanda Lee Myers in Los Angeles contributed to this report. 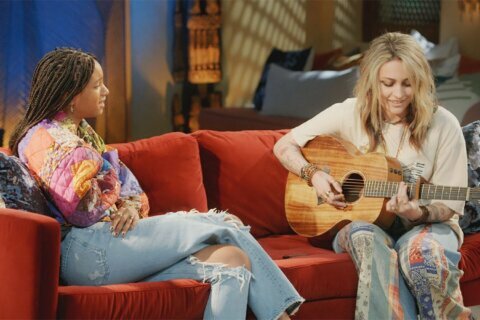