HOUSTON (AP) — A historic Houston theater that director Richard Linklater called his “film school” and that for decades was the place to catch hard-to-find independent and foreign films has closed for good — like many theaters and other businesses, a victim of the coronavirus pandemic.

After nearly 82 years in business, the River Oaks Theatre turned off its projectors last month, depriving the nation’s fourth-largest city of an institution where everyone from rappers to suburban kids and cinephiles formed friendships, fell in love and found community. Its loss has left more than just an empty building behind.

“Throughout the pandemic, we’ve experienced so much loss and so much grief and loss of life. It is also a profound grief to lose the places of community and the places that you would come together and feel that love … that safety,” Leen Dweik, 24, told dozens of other River Oaks fans during a vigil after the theater’s final showings.

Dependent on large crowds to survive, U.S. movie theaters have been hammered by the pandemic, as they were shut down for months and saw their revenues plunge by 80% in 2020. Although some have managed to survive with the help of aid and through workarounds, Landmark Theatres, which ran the River Oaks, wasn’t able to reach an agreement with its landlord, Weingarten Realty, over rent it couldn’t pay during the pandemic. Weingarten Realty didn’t respond to an email seeking comment.

Movie theater trade groups believe their industry will bounce back after the pandemic, in part with the help of more than $16 billion in federal funding from the Shuttered Venue Operators Grant program. Theaters are also hoping to get a boost from “Godzilla vs. Kong,” one of the first event movies to be released during the pandemic. And there’s cause to be optimistic, as it made $123.1 million internationally last weekend.

About 55% of the 5,800 movie theaters in the U.S. are currently open, but many are still saddled by capacity limits and lingering fears about spending long periods in crowded indoor spaces — justifiable, given the recent case surges in some states despite the ongoing vaccination efforts. In China, where the pandemic is well under control, moviegoing is close to pre-pandemic levels.

“We’re optimistic. Things may change permanently, but it’s not going to be the end of cinema by any means,” said Rich Daughtridge, a board member with the Independent Cinema Alliance, which represents more than 300 independent theater owners.

Patrick Corcoran, a spokesman for the National Association of Theatre Owners, which also represents larger theater chains, said his organization doesn’t have a comprehensive list of theaters that have permanently closed or declared bankruptcy due to the pandemic, but that it’s still a relatively small number.

That may be, but several chains have thrown in the towel or shown they’re in distress. Cinemagic announced in February that it was closing all eight of its locations in Massachusetts, Maine and New Hampshire. And two larger chains — Alamo Drafthouse Cinemas Holdings and the company that owns CMX Cinemas — have filed for bankruptcy protection during the pandemic.

“There are still going to be some tough times after we get back to normal, that may still have some effects on companies,” Corcoran said.

Supporters of the River Oaks, including Linklater and Houston rapper Bun B, hope that the theater — with its distinctive marquee, Art Deco architecture and ornate carvings — won’t be torn down or drastically altered and might even be used again to show films or host live performances.

“That was the church I had wandered into (in the early 1980s) and found the holy spirit of cinema,” Linklater, whose films include “Dazed and Confused” and “Boyhood,” said during a virtual panel held Wednesday in support of the theater.

The River Oaks opened in 1939 and for the last 45 years, it has mainly operated as an art-house theater showcasing independent and foreign cinema. Although there are other Houston theaters that show such films, none had the profile of the River Oaks.

“We’re not just losing a movie house,” Bun B, a self-described cinephile, said during the panel discussion. “We’re losing one of those places where artists can come and present themselves to the world, but then also young creators can come and ponder what their future might be.”

River Oaks supporters hope the venue doesn’t have the same fate as another nearby historic theater that was converted into a Trader Joe’s grocery store. Although the River Oaks received city landmark status when it was in danger of being torn down in 2007, it could still be razed and the notoriously developer-friendly city doesn’t have a great history of preserving its historic buildings, said Sarah Gish, who helped start the group Friends of River Oaks Theatre to try and save the building.

“The main thing is save the building itself because that is the cultural history. We have already lost so much of the history” in Houston, Linklater said.

The pandemic exacerbated many of the concerns that movie theaters were already facing, including shrinking windows in which to exclusively show films. With some studios now simultaneously releasing new movies in theaters and on streaming platforms, it’s going to be even harder for independent and art house venues like the River Oaks, Bob Berney, CEO of film distributor Picturehouse, said during the panel discussion.

Gish, who worked at the River Oaks in the 1990s, said she still hopes that it might be saved.

“All movie theaters are a repository for huge emotions. They’re community gathering spots, they’re memory makers, all of that. That’s what we’re losing with the River Oaks Theatre going away,” Gish said. 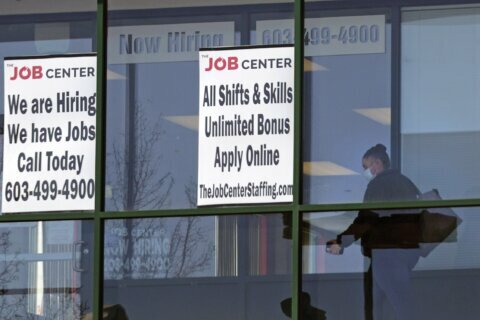 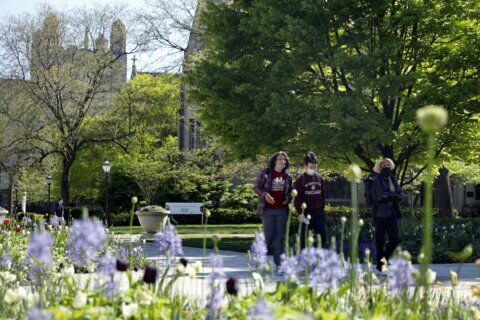