The National Council on Problem Gambling on Tuesday issued a set of recommendations for such deals that aim to reduce the danger of students developing a gambling problem.

They include not compensating the schools based on the number of people the colleges refer to sign up for sports betting.

And they call on schools to provide problem gambling education, and for sports betting companies to fund those efforts.

Keith Whyte, the council’s executive director, said in a statement that the guidelines “can help limit the number of young adults who could develop signs of gambling addiction as a result of sports betting, which is expanding rapidly across America.”

“We hope gambling operators, institutions of higher learning and state officials each feel a sense of urgency in adopting these responsible gambling policies and problem gambling treatment measures, whether sports betting is legal or might be in the near future,” he said.

Last September, PointsBet and the University of Colorado inked a $1.6 million five-year deal in which the school will receive funding while promoting the sports book on its media channels and at in-person sporting events.

The deal also calls for Colorado to receive $30 for each person that signs up for sports betting after being referred by the school. The university will also help recruit students and alumni for internships and jobs at PointsBet.

PointsBet, as well as top athletics department officials with the university, did not respond to messages seeking comment Tuesday.

In a news release when the deal was announced, Colorado said the partnership “provides a financial boost for CU Athletics during a time when athletic department budgets nationwide are stressed by the COVID-19 pandemic.”

The gambling council said college students, and particularly student-athletes, are at greater risk of developing a gambling problem than the general population.

It called on sports betting companies to not offer financial incentives to schools based on the number of people who sign up for sports betting through a deal with the school.

It also said they should provide data to colleges on betting activities and patterns, and to fund problems to combat compulsive gambling with at least 1% of the money involved in the deal, and “set clear policies on who is and is not allowed to wager on sports.”

The group says schools should not accept money based on the number of sports betting sign-ups; provide clear polices on gambling in student codes of conduct, and not allow advertising or promotion of sports betting in areas where most of the population is likely to be under age 21, including dormitories and dining halls.

It also called on state governments to study gambling activity, including among high school and college students. 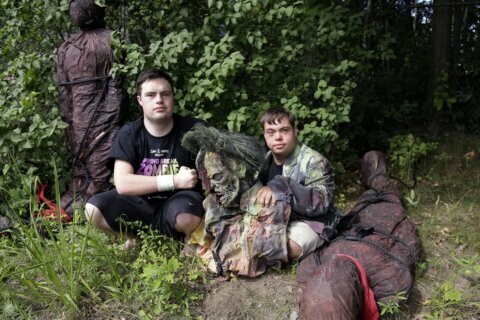