That 70s Show: Loss by loss, a unique era of baseball fades

The 1970s memories surface fast for the man who has spent his entire adult life in baseball, as player and manager. Bob Watson, whom he first met while serving as a batboy for the Class-A Cocoa Astros. Claudell Washington: “We used to just laugh.” Bob Gibson, as nice off the field as he was menacing on it. Lindy McDaniel’s big windup. The distinctive way Joe Morgan pumped his elbow at bat: “I watched him as a kid. I used to try to re-create the chicken wing for hitting.”

All are members of a list disquieting in its length — those from the ranks of 1970s baseball rosters who have died in the past year alone.

The list: Perhaps it’s no longer than any other list of those who were dying at other moments in baseball’s history. But against the past year’s backdrop — of pandemic-inflected grief, of baseball withering and coming back smaller, of a truncated season and crowdless stands — it feels unremitting. Just part of it:

Theirs were the names etched on the Topps cards. The names that crackled from plastic, fruit-colored transistor radios. The names that shouted from the pages of Baseball Digest and hometown newspapers at a moment in the game’s history that can seem like yesterday but, propelled by the past year’s losses, is starting its inexorable fade.

“Every one of these guys, there’s a memory,” says Hurdle, now 63. “We all learn lessons different ways. And the one I keep learning — it seems like every week now — is take nothing for granted.”

“I like to say, ‘Hey, I grew up in the greatest era of baseball,’” Gary Matthews, who played in the big leagues from 1972 to 1987, is saying one recent day. He is just back from the funeral of his friend, Henry Aaron, in Atlanta — one of the most towering baseball losses of the past year.

“When I was facing J.R. Richard in the Dome, or even Nolan Ryan, I was like, ‘OK, don’t let this guy hit you in the head.’ I’m defeated already,” Matthews says. “A good day against those guys was two strikeouts and two walks.”

Rose tells of road trips in the early 1970s in which he’d face Sutton in Los Angeles, then go north to San Francisco to oppose Gaylord Perry and Juan Marichal, then swing back to St. Louis to confront Gibson and Steve Carlton.

Legends all — and part of a unique epoch. In the 1970s, baseball opened up and let its hair down.

Color television’s spread meant that when a game was aired, suddenly it felt more like being at the ballpark. Incandescent,stretchy uniforms followed, featuring hues fresh from pyschedelic album covers and bubble-gum wrappers. Bright yellows. Solid blacks. Deep blues offset by vibrant reds. Shorts, in one fleeting case. In Houston, an entire spectrum of oranges festooned every player from chest to navel.

It was an era of the downright idiosyncratic — orange baseballs and orange-striped catcher’s mitts and synthetic fields, Reggie! bars and stick-on Stargell stars and mustache upon carefully cultivated mustache (talkin’ to you, Rollie Fingers and Sparky Lyle).

It was an era of substantive change, too. The designated hitter took root. The reserve clause ended, free agency began and the players’ union found its voice, setting the table for the high salaries of today. The number of players of color grew as they finally stepped into a full-on spotlight, albeit one still pocked with ugly obstacles.

And though games unfolded in some of the most impersonal stadiums ever, baseball was still — perhaps for a final time — being played at human scale. Small ball remained the rule; home runs and strikeouts, though growing, weren’t yet the entire point.

“If you stuck a DVD in of a game from the 1970s, I think a 15-year-old would be very surprised,” says Cait Murphy, who chronicled one early 20th-century season in “Crazy ’08: How a Cast of Cranks, Rogues, Boneheads, and Magnates Created the Greatest Year in Baseball History.”

The players of the 1970s, too, felt more accessible, less members of another breed. They’d come home and manage a supermarket or open a beer distributor or sell insurance. Pocoroba owned a business called Sausage World. For many, this second career wasn’t a choice; baseball’s pay then created a standard of living very different from today’s.

“The younger people who are into this era, they kind of marvel at how MLB players from the 70s, they look like they could have been your math teacher or the guy working down at the auto-parts shop,” says Dan Epstein, author of “Big Hair and Plastic Grass: A Funky Ride Through Baseball and America in the Swinging ’70s.”

“They weren’t these perfect physical specimens,” he says. “These were guys you might see playing softball in the park somewhere.”

There’s a contradiction there, though. At the same time 1970s players felt more accessible, they felt less so, too. There was no MLB.tv offering every game live, with permanent HD playback. You couldn’t see your favorite DH’s late-night Taco Bell run or watch a rival catcher dance on Instagram. Players didn’t get into real-time back-and-forths with fans — for better and worse — on Twitter.

The 1970s were, arguably, the final decade in which the illusion of baseball so carefully crafted by its forefathers could thrive largely unchallenged.

“Sure, now you can get tweets directly from the players, but it all seems to be in a very slick context. It doesn’t have that same intimacy of a shoddy broadcast or an off-center card. And I think that was the key. That was part of how we got close to the game,” says Josh Wilker, whose book “Cardboard Gods” examines the lives of 1970s players and his own childhood through the lens of the era’s baseball cards.

“If someone had said, you can watch every game and see what Carl Yastrzemski thinks about his breakfast, I would have thought it was cool,” Wilker says. “But it wouldn’t have been the same experience.”

The 2020s will mark the 50th anniversary of so many milestones in 1970s baseball. The inevitable retrospectives will reveal a decade still near enough to seem recent, but different enough to feel utterly alien. And the distance grows each time a voice from that decade — a great arm, a formidable bat, a distinctive personality — goes silent.

There will be no Hank Aaron around to comment on the anniversary of his 715th home run in 2024. In 2027, Lou Brock will not be there to talk about the day he broke Ty Cobb’s stolen-base record. No new words from Joe Morgan will illuminate remembrances of the Big Red Machine’s domination of the National League in the mid-1970s.

All the weirdness, the lurching forward, that seemed so fresh and so unmoored when it burst forth is now carried in the memories of older men. And as the past year has shown, the clock is ticking.

“These guys who have been dying, they felt like friends,” Epstein says. “Even if I didn’t know these people, I was glad they were out there in the world and I wanted to know what they were up to even after they played. Just thinking about them made me smile.”

Inevitably, the list will grow. And as time moves forward, the 1980s will lose their heroes, too. And the 1990s after that. So it goes — all quite natural, really. But far too unsettling for our current moment, already one of modern American life’s bumpiest periods.

“It’s kind of like I lost all of my baseball cards again,” says Clint Hurdle, whose rookie year was 1977.

“I was one of those kids who collected every card. And somehow all my cards got lost,” he says. “Well, I was fortunate enough to live and love and play against and meet those people and have dinner and lunch and have a conversation with or get hit by a pitch from or get struck out by them. It was an accumulation of hopes and dreams put into real time, and now they’re being taken away again.”

Ted Anthony, director of digital innovation for The Associated Press, has been writing about American culture since 1990 and writes frequently about baseball. Follow him on Twitter at http://twitter.com/anthonyted 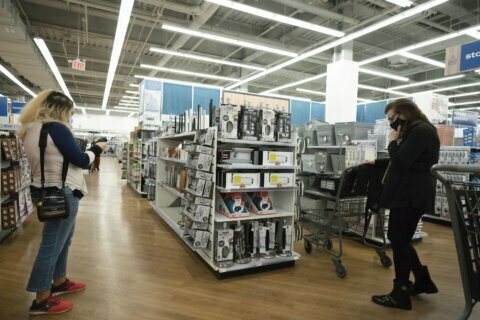 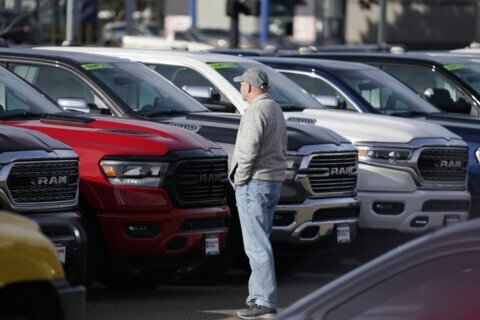