Pandemic fever got you down? Smash up stuff at the rage room

WESTLAKE VILLAGE, Calif. (AP) — After nearly a year of being trapped in pandemic isolation, some people just want to pick up a sledgehammer and smash something to smithereens.

“That felt good,” sweating insurance executive Josh Elohim said after reducing a computer printer and other stuff to piles of rubble. It reminded him of the workout he used to get chopping wood when he lived in Upstate New York.

Since last winter, Elohim and his wife, Michelle, have been isolated at home with four kids ranging in age from 4 to 17. They needed an outlet, and so they headed to the office of marriage and family therapist Yashica Budde, who outfitted them with protective gloves, full body suits and face coverings that resemble fencing masks.

Then she let them pick their “destructive devices” and turned them loose in one of two “rage rooms” plastered with inspirational signs proclaiming “Why Stress When You Can Smash” and “Never Give Up.”

“We are believers, so we use God, obviously, as our main foundation,” Elohim said afterward. “But,” he added with a hearty laugh, “I’m not opposed to breaking some stuff to relieve some tension.”

Before the coronavirus, rage rooms where patrons pay to obliterate objects were a lark, a place to go with friends or to let off steam after a breakup. But Budde, a licensed therapist for 13 years, sees her rooms as valuable therapy during the pandemic.

“As a therapist, I know I have referred a lot of people for alternative therapy like yoga, misting therapy, meditation, all of those things, and I thought it would be amazing to see a rage room,” she said.

She hopes the concept will eventually be embraced by the therapy community at large, adding that some fellow therapists have already referred patients to her rooms, called Smash RX, and she’s referred some herself. What began in late 2019 as just a stress reliever for life’s daily problems really blossomed after practically everything started shutting down last March.

Not every therapist sees smash therapy as a treatment of the future, however.

“I don’t know of any therapist who would actually prescribe going to the rage room as a form of therapy. Especially if you have aggressive tendencies to begin with, going to a rage room seems counterproductive,” said Kevin Bennett, a psychologist and professor of psychology at Pennsylvania State University. He compared it to treating a gambling addiction by encouraging people to gamble.

“I understand the therapeutic approach,” he continued, adding, “The philosophy behind it goes back to Freudian psychotherapy almost a hundred years ago, this idea of catharsis, where you will relieve your aggression and anger and you feel better because you’ve vented it.”

The problem, he said, is that more recent studies beginning in the 1960s revealed that in some people it conditions them to react violently later because they have been taught it’s a valid release. So while some advocates of Freud may still support it, he said, he and most others think it’s best left as just a form of entertainment.

Tom Daly, who operates one of the country’s oldest rage rooms, stressed that while people do tell him that smashing stuff at his Break Bar, which opened in 2015 in New York City’s mid-Manhattan, is often cathartic, its purpose is really just entertainment.

“We are purely designed for fun,” he said. Daley noted a steady stream of visitors have been booking rage room appointments throughout the pandemic, even though one of its big draws over the years, the bar and grill he operates next door, has been closed for much of that time.

“I think everyone’s stressed out across the country,” he said.

Budde’s business is tucked into a gleaming business park in Westlake Village, an upscale town on the edge of Los Angeles. For about $50 to $100 — a little more if someone wants to destroy something expensive like a computer — customers can pick up a sledgehammer, golf club, crowbar or baseball bat and smash away.

Among the destructors on a recent night were Asia Mape and her three teenage daughters, anxious to break stuff after being cooped up at home for months.

“As teenagers they’ve been out of school for so long until they’re like, ‘I don’t even know if I’m ever really going to go back,’ ” she said, as her 17-year-old daughter, Piper added, ‘I lost my senior year.’”

Turned loose inside one of the rooms, Piper and her sisters, Jady and Berkley, giggled and cheered as they wiped out objects including a plate with “Covid-19” stenciled on it.

Budde gets her supplies from various sources, including a local Goodwill facility she says sells her breakable items at a good price and a restaurant that supplies her with empty beer and liquor bottles.

“I’ve never had a shortage of empty liquor bottles,” she joked.

While people smash away to their heart’s content, she monitors them through closed-circuit TV and is ready to step in if anything goes awry. But one of the biggest problems, she said, is simply assuring people it’s all right to break everything they see in the rage room. That and cleaning up the mess afterward, then sanitizing the room for the next visitor.

For everyone who drops by, she has them cool down afterward (it turns out that a half hour of breaking stuff can be quite tiring), then sends them home with therapy cards offering advice on how to keep calm in today’s world.

“I remind everyone don’t try to plan for next month. Just worry about this month or today,” she advises. “When we get through today, then tomorrow and then every day after that.” 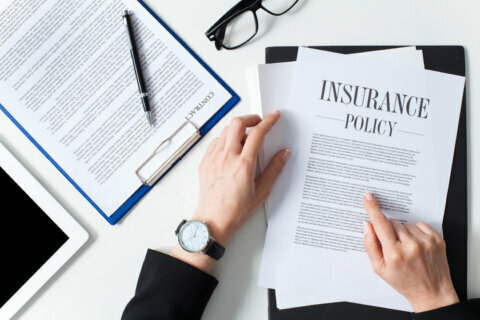