A record surge in coronavirus cases is pushing hospitals to the brink in the border cities of El Paso and…
Listen now to WTOP News WTOP.com | Alexa | Google Home | WTOP App | 103.5 FM

A record surge in coronavirus cases is pushing hospitals to the brink in the border cities of El Paso and Ciudad Juarez, confronting health officials in Texas and Mexico with twin disasters in the tightly knit metropolitan area of 3 million people.

Health officials are blaming the spike on family gatherings, multiple generations living in the same household and younger people going out to shop or conduct business.

The crisis — part of a deadly comeback by the virus across nearly the entire U.S. — has created one of the most desperate hot spots in North America and underscored how intricately connected the two cities are economically, geographically and culturally, with lots of people routinely going back and forth across the border to shop or visit with family.

“We are like Siamese cities,” said Juarez resident Roberto Melgoza Ramos, whose son recovered from a bout of COVID-19 after taking a cocktail of homemade remedies and prescription drugs. “You can’t cut El Paso without cutting Juarez, and you can’t cut Juarez without cutting El Paso.”

In other developments Tuesday, Illinois Gov. J.B. Pritzker, a Democrat, banned indoor dining and drinking in Chicago in one of the biggest retreats yet in the face of the latest surge. And Wisconsin’s governor pleaded with residents to voluntarily stay home as the state shattered records for daily cases and deaths. Democratic Gov. Tony Evers issued a stay-at-home order in March, but the conservative-leaning state Supreme Court struck it down two months later.

In El Paso, authorities have instructed residents to stay home for two weeks and imposed a 10 p.m. curfew, and they are setting up dozens of hospital beds at a convention center.

Also, the University Medical Center of El Paso erected heated isolation tents to treat coronavirus patients. As of Tuesday, Ryan Mielke, director of public affairs, said the hospital had 195 COVID-19 patients, compared with fewer than three dozen less than a month ago, and “it continues to grow by the day, by the hour.”

In Juarez, the Mexican government is sending mobile hospitals, ventilators and doctors, nurses and respiratory specialists. A hospital is being set up inside the gymnasium of the local university to help with the overflow.

Juarez has reported more than 12,000 infections and over 1,100 deaths, but the real numbers are believed to be far higher, because COVID-19 testing is extremely limited. El Paso County recorded about 1,400 new cases Tuesday, just short of the previous day’s record of 1,443. The county had 853 patients hospitalized for the virus on Monday, up from 786 a day earlier.

Even the mayor of Juarez hasn’t been spared. Armando Cabada was first diagnosed in May and appeared to have recovered, but then landed in the hospital last week with inflamed lungs.

Last week, Chihuahua, which includes Juarez, became the only state in Mexico to return to its highest level health alert, or red, under which most nonessential services are shut down and people are encouraged to stay home.

A curfew is also in effect in Juarez, but it has proved difficult to enforce in the sprawling city that is home to hundreds of factories that manufacture appliances, auto parts and other products around the clock.

The U.S. and Mexico agreed months ago to restrict cross-border traffic to essential activity, but there has been little evidence Mexico has blocked anyone from entering. Other Mexican border cities have complained about people entering from U.S. cities that are suffering from virus outbreaks.

Dr. Hector Ocaranza, the city and county health authority in El Paso, said the heavily Latino city’s family-based culture has been a contributing factor in the spread. People under 40 are going to work and participating in other activities, then checking on older relatives and spreading the virus to them, he said.

Those hospitalized are mostly over 60, but young adults make up nearly half of the total case count, Ocaranza said.

Last week, the mayor of Juarez sent a letter to Mexico’s foreign affairs secretary asking him to prohibit foreigners, especially Americans, out of concern that “indiscriminate crossings are contributing very actively to the spread of the virus.”

Mexico has reported at least 89,100 deaths from the virus, though authorities estimate 50,000 more probably died of it. President Andrés Manuel López Obrador decreed three days of national mourning for victims of COVID-19 coinciding with the Day of the Dead ceremonies starting this weekend.

In the U.S., the deadly autumn surge that health officials have been warning about for months has been blamed in part on Americans tired of wearing masks and practicing social distancing, as well as the onset of cold weather that is forcing people indoors, where the virus can spread more easily.

Cases are on the rise in every state but Hawaii, and deaths are up in 34 states. The states now seeing the highest rates of newly confirmed infections are mostly in the Midwest and the Plains.

The virus has killed more than 225,000 people in the U.S. and infected over 8.7 million, by far the highest totals in the world, according to figures kept by Johns Hopkins University.

In Newark, New Jersey, Mayor Ras Baraka is requiring nonessential businesses to shutter by 8 p.m. as the rate of confirmed cases of the virus reaches levels not seen since the spring. He also ordered restaurants to curtail indoor dining and mandated that beauty salons, nail salons and barber shops open by appointment only. Health clubs must close for sanitizing every 30 minutes.

Milwaukee is reducing the maximum number of people allowed at indoor events to 10, and to 25 for outdoor gatherings. Authorities also restricted restaurant and bar occupancy to 25% for those establishments that don’t have a city-approved COVID-19 safety plan. Dance floors are prohibited. Wisconsin in just the past seven days registered 64 deaths and more than 5,000 confirmed cases.

In St. Louis, hospitals are filling up with coronavirus patients at an alarming rate, while about 250 miles across the state, Kansas City recorded its highest number of COVID-19 deaths over a one-week period, with more than 80 people dying.

St. Louis-area hospital officials are begging people to take precautions to slow the spread of the virus.

“Think about what this means to you and your family member, if you get sick,” said Dr. Alex Garza, who heads the metropolitan area’s task force. “Will there be a hospital to be able to care for you? Will they have space for your family member? Will the doctors, and the nurses and the techs be on top of their game, or will they be exhausted and fatigued?” 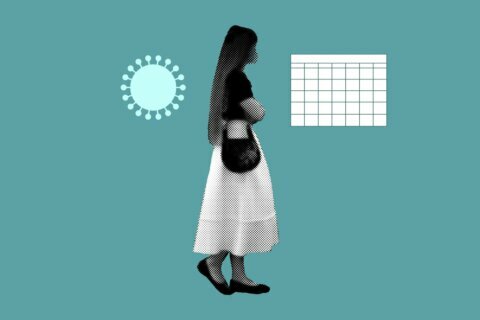 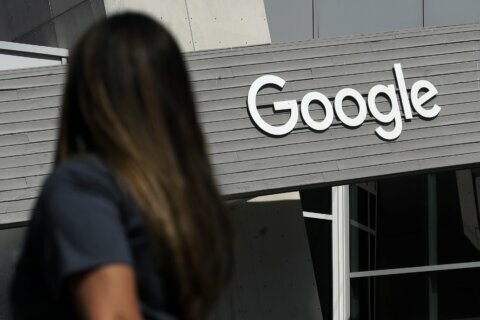 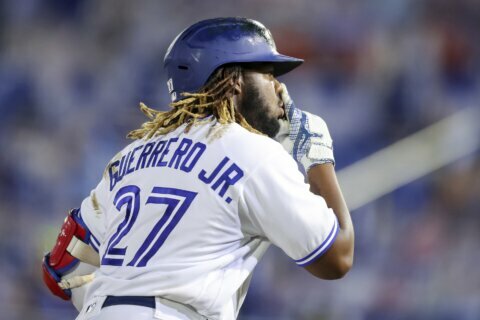