Sexual, gender minorities much likelier to be crime victims

PHOENIX (AP) — The first study of its kind found that people who are gay, lesbian, bisexual, transgender, queer or gender non-conforming are nearly four times as likely to be victims of violent crime than those outside such communities.

Although other research has long shown that LGBTQ people and gender minorities are disproportionately affected by crime, the study published in Science Advances, a multidisciplinary journal, on Friday looked at data that has only been collected since 2016, making for the first comprehensive and national study to examine the issue.

But it was the fact that sexual and gender minorities are victims of such a variety of crimes at such disparate rates — and who they’re victimized by — that surprised researchers, said lead author Andrew R. Flores, an assistant professor at American University.

For example, researchers found that such a population is much more likely to be victimized by someone they know well than a person who is a non-sexual and gender minority.

The fact that sexual and gender minorities are victimized by people close to them at such higher rates “does kind of raise questions hopefully future research can address about the nature of these incidents and the nature of these relationships,” Flores said.

“There are certain socializations that goes in that. I think many people are socialized and have a certain disdain for trans and queer people,” said Tori Cooper of the Human Rights Campaign, a national organization that advocates for the LGBTQ community. Cooper is the director of community engagement for the organization’s Transgender Justice Initiative.

A survey of more than 12,000 LGBTQ teens around the country released in 2018 by the Human Rights Campaign found that 67% report they’ve heard family members make negative comments about LGBTQ people.

Cooper said transgender people are particularly vulnerable, especially by partners or people close to them. The HRC has documented the killings of at least 30 transgender or non-gender conforming people in 2020 alone. The majority were Black and Latina transgender women.

“There’s an incalculable amount of transphobia … that plays into these relationships,” Cooper said.

The new study didn’t have a large enough sample of surveys by transgender people to come to a conclusion about their specific victimization rates, but Flores said other research has shown they are particularly vulnerable.

The study also found that sexual and gender minorities are burglarized at twice the rate of other households, and that they’re more likely to be victims of other types of property theft.

The study is based on a national crime survey conducted by the federal Bureau of Justice Statistics, which until 2016 had not asked respondents about their sexual orientation and gender identity. Researchers examined responses to the 2017 survey, which was released last year.

But it may be a while before researchers can look at the data in this way again. The Trump administration, without seeking public comment, announced that it was moving the sexual orientation and gender identity questions from the general demographic section of its national crime survey to a part of the survey only pertaining to victims. This will limit what researchers can learn about crime disparities because asking only victims about their sexual or gender identification makes it impossible to compare those rates of violence to the general population. 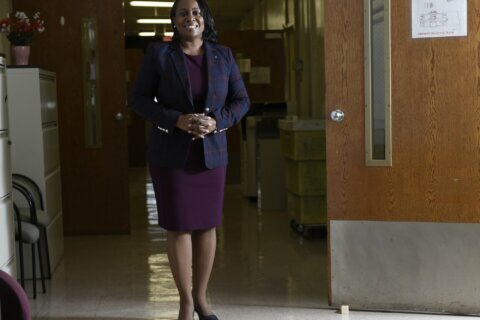