NEW YORK (AP) — Sandra Oh’s role in the new animated feature “Over the Moon” may not be her largest, but it has deep meaning.

The story is set in China and Oh voices the stepmother of a girl named Fei Fei, grieving after the loss of her mother. So she builds a rocket to fly to the moon to search for the truth about a goddess who lives there.

The Golden Globe-winning actor says she was drawn to the role because Fei Fei is a smart, intrepid female in a complex family situation, in a story that celebrates Asian culture.

“Over the Moon” was written by her friend, Audrey Wells, who also wrote “The Hate U Give” and “Under the Tuscan Sun.” Wells had directed Oh in her directorial debut, 1999’s “Guinevere” and Oh wanted to be a part of her last project. Wells died of cancer before the movie was finished.

Voiced by an all-Asian cast, including Phillipa Soo, Ken Jeong, and newcomer Cathy Ang, the musical will stream on Netflix on Friday.

In a recent Associated Press interview, Oh discussed the significance of her character, the importance of media inclusion, and when her hit show “Killing Eve” might return.

AP: This modern story rejects many animated feature tropes, including your character, a stepmother called Mrs. Zhong who is not evil.

Oh: The storytelling is changing. It’s widening and it’s changing. Mrs. Zhong fulfills a couple of different roles. One being in some ways the foil or the obstacle for the main character of Fei Fei because she doesn’t want her life to change. That’s one of the lessons of the film. And the second part is, is the normalization — and particularly in the Asian community — of blended family. We don’t really talk about it that much and we don’t really see it… I was really happy with that. It’s not an evil stepmother trope. It’s actually, the reality of a blended family in different cultures exists, so let’s see it.

AP: Growing up, you likely didn’t see yourself represented in film and media. Does that make this film more meaningful to you?

Oh: It’s so important for me, I can’t tell you. For my nieces, having animated characters — like, Mulan was so key for them, so key for them! But I did not necessarily have that: Having just a variety of characters that you can see yourself in, particularly when you’re a young person. For example, like how important it is to have diversity in dolls, you know? Who you want to take care of, who’s worth taking care of? And for many of us who aren’t white and never had a doll for ourselves, to take care of that does something. So, yes, that’s a big part of why I’m doing this.

AP: Can you talk about working on screenwriter Audrey Wells’ last project?

OH: You have and know a working relationship for over 20 years, of someone who’s been in and out of your life for 20 years. And you’ve seen them go through a lot. You were there at the beginning of their first film….Doing “Under the Tuscan Sun” with her and seeing all the stuff that she went through to do that, and her successes and then her health issues. And then this being her final project… I don’t really have the right words yet…. It was my primary drive to do the film because it’s like she wants me to say these words. How can I not? These are the words that she left us, you know? And so, I’m just really grateful to be a part of the film.

AP: Are you able to shoot “Killing Eve” yet or is the travel not possible in a pandemic?

Oh: Not in the foreseeable future. We’ve definitely pushed an entire year. You know, our shooting schedule would have been… from July to December. So hopefully we’ll start up next year in that timeframe. We just don’t know because the integrity of the show, which is an international film, we don’t want to give that up, because then that would not be the show. There’s something very heightened about our show. It has its own world and all its own rules. So we need to at least keep that tone and flavor. 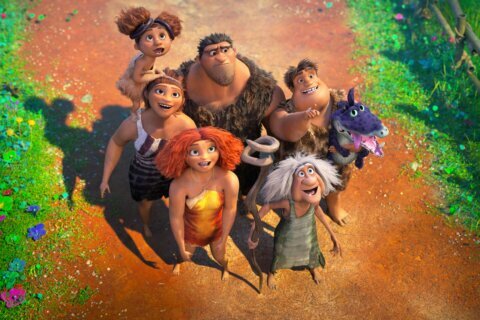