The governing body of African soccer decided Thursday to push back the semifinals and final of its Champions League by…
Listen now to WTOP News WTOP.com | Alexa | Google Home | WTOP App | 103.5 FM

The governing body of African soccer decided Thursday to push back the semifinals and final of its Champions League by another three weeks because of a spike in coronavirus cases and new travel restrictions in Morocco, which has two teams in the last four.

The Confederation of African Football made the decision at a video conference meeting of its executive committee and after a request by the Moroccan soccer association.

The first legs of the semifinals of Africa’s biggest club competition will now be played on Oct. 17 and 18, the second legs on Oct. 23 and 24, and the final will be on Nov. 6. CAF also delayed the semifinals and final of its other main club competition, the CAF Confederation Cup. All those Confederation Cup games are due to be played in Morocco, which agreed to host the remainder of that tournament in a final-four format.

The two tournaments were meant to be completed in May and the games had already been delayed because of the pandemic.

Both Moroccan teams in the last four of the Champions League are based in the city of Casablanca, which was closed down this week by the Moroccan government in an effort to stem a rise in COVID-19 cases. Movement into and out of the city is currently only allowed with an exceptional travel permit.

Raja Casablanca plays Zamalek of Egypt in the first semifinal. Wydad Casablanca faces Al Ahly, another Egyptian club, in the second semi. The first legs will be in Casablanca.

The host city for the final will depend on who makes it through, and might have to be decided by a vote of CAF’s executive committee, CAF president Ahmad Ahmad said. He said if both Moroccan clubs reach the final it will be in Morocco and if the Egyptian teams win through it will be in Egypt.

“If we have one team from Morocco and another team from Egypt, we are going to do a transparent ballot for the choice of where the final will be played,” Ahmad said.

CAF decided before the pandemic to change its Champions League final to a one-off game at a predetermined venue like UEFA’s Champions League instead of Africa’s traditional two-leg final. The Cameroon capital Douala bid and was initially chosen as the host but then declined to stage the final after the virus struck.

CAF also decided at Thursday’s meeting on a date for next year’s presidential election, which will be March 12 in Rabat, Morocco. CAF will receive candidates’ applications from Friday, it said, and applications will close on Nov. 12.

Ahmad, who is from Madagascar, didn’t say if he will stand for re-election for a second term. He won the presidency in 2017 — surprisingly ending the 29-year reign of Issa Hayatou — but his promises of reform, transparency and a new era for African soccer have fallen flat.

Ahmad’s time in charge has been marred by corruption allegations against him, while his confederation became so dysfunctional that world body FIFA had to take control of it for six months last year in an unprecedented move. 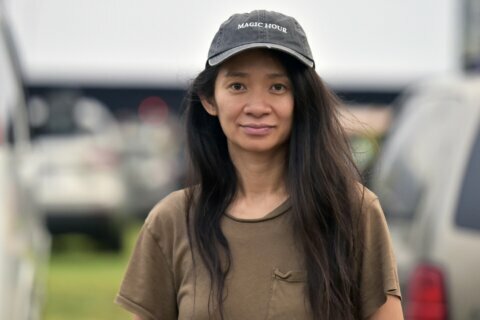