EDMONTON, Alberta (AP) — The Dallas Stars have been inside the NHL bubble in Edmonton for two months, staying in a hotel connected to the arena.

Tampa Bay’s only trip since this unusual postseason began was traveling 1,700 miles from the East hub in Toronto before both conference finals and the Stanley Cup Final were played on the same ice.

Other than Tampa Bay’s flight west three weeks ago, the movements of players this postseason can easily be calculated by fitness trackers instead of odometers. The monotony of being in the same place can present its own challenges, but the Stars and Lightning haven’t had to deal with the extended travel that goes with playing this deep.

“You’re not switching cities every other night,” Tampa Bay forward Alex Killorn said. “When you’re in the playoffs and you know that after every game you can kind of go back, get treatment, relax — mentally, it’s great. … It’s not great that you’re not home and seeing your family, But on another sense you know you’re going to be able to get the rest because you have that time when you’re not traveling.”

The Stars and Lightning would have already had to make a second trip in this Stanley Cup, between Games 4 and 5, a more than two-hour flight between the southern cities. Game 5 of the final is the Lightning’s 24th and Stars’ 25th since hockey resumed.

Tampa Bay was the higher seed in all of its Eastern Conference series against Columbus, Boston and the New York Islanders, and two of those included Game 5 clinchers. The Lightning could have logged about 8,945 miles through the air with about 22 hours of travel.

For the Stars, they had home ice only in a six-game series against Calgary, which is more than 1,500 miles from Dallas. They then played a seven-game series against Colorado before wrapping up the Western Conference Final against top-seeded Vegas in five games. They could have been about 13,786 miles and 35 hours in transit.

The miles aren’t adding up, but the Stars’ injuries are. After Roope Hintz was injured crashing into the boards Friday night and ruled out for Game 5 Saturday night, they’re without him, fellow forwards Radek Faksa and Blake Comeau, defenseman Stephen Johns and usual starting goaltender Ben Bishop.

An injury earlier in the playoffs to Andrew Cogliano opened the door for Joel Kiviranta’s strong play, but the attrition Dallas is dealing with now is decimating its depth. In replacing Hintz for Game 5, Justin Dowling becomes the fourth player in the Stars lineup who wasn’t a regular when this postseason began, joining Kiviranta, defenseman Joel Hanley and forward Nick Caamano, who made his NHL playoff debut earlier in the Cup Final.

“We’re missing a big chunk of our lineup,” Bowness said. “Hey, it is what it is, and next man up is Justin Dowling. He’s going in, and away we go.”

Lightning coach Jon Cooper cut the games and subterfuge Saturday in revealing what most expected, that Steven Stamkos wouldn’t play in Game 5.

“Stammer knows that he was a big part in us getting this far both off the ice and what he contributed when he played,” Cooper said, referring to Stamkos’ goal on his only shot of his only game earlier this series.

Anyone trying to stir up a Stars goalie controversy won’t get far. Bishop is hurt, it’s Anton Khudobin’s net and rookie Jake Oettinger is available if the veteran goalie gets hurt.

Asked his goaltending plan for Game 5, Bowness said: “Dobby’s in. Jake will back up.”

Khudobin has a 4.73 goals-against average and .863 save percentage the last three games after posting 2.46 and .924 in his first 22 appearances this postseason.

Hawkins reported from Fort Worth, Texas. 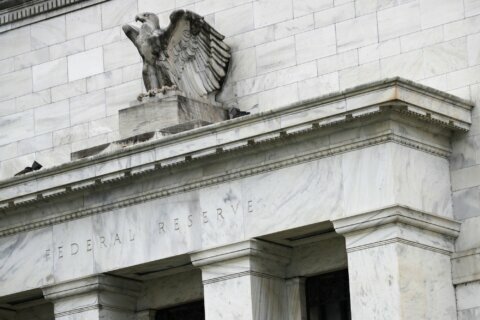