Even if you think you’re prepared, you may discover that your homeowners insurance doesn’t fully cover damage from a hurricane. To make sure you’re protected, avoid these four costly pitfalls.
Listen now to WTOP News WTOP.com | Alexa | Google Home | WTOP App | 103.5 FM

For homeowners in coastal states, the 2020 hurricane season could mean financial disaster. Named storms are rolling in at a record pace, with as many as 25 expected in the Atlantic this season — twice the average number. After battering the Louisiana coast in late August, Hurricane Laura alone may account for as much as $12 billion in insured losses.

Even if you think you’re prepared, you may discover that your homeowners insurance doesn’t fully cover damage from a hurricane. To make sure you’re protected, avoid these four costly pitfalls.

Flood insurance is optional, and only 15% of American households buy it, says Mark Friedlander, spokesperson for the Insurance Information Institute.

But when a hurricane or storm hits, flooding causes more residential losses than high winds, according to a 2019 report from the U.S. Congressional Budget Office. That means most homeowners, even those with hurricane or wind coverage, aren’t insured for the most severe storm threat they face.

“The biggest error people make is they think it won’t happen to them,” says Patty Templeton-Jones, president of Florida-based insurer Wright Flood.

Almost nobody is immune. Flooding has affected 99% of U.S. counties since 1996, according to the Federal Emergency Management Agency. And even a little floodwater can be highly destructive; FEMA says an inch can cause as much as $25,000 in damage.

Flood insurance typically comes from the National Flood Insurance Program via one of its authorized providers, and coverage is sold separately for the structure and contents of the home.

NOT SECURING COVERAGE IN TIME

When a hurricane is on its way, it may be too late to add coverage to your homeowners policy.

“Don’t wait until the storm is coming,” warns Friedlander. “Most insurers will put a moratorium in place once a strong watch or warning is issued by the weather service, so you can’t make any changes to your policy.”

You’ll typically need to buy flood insurance at least 30 days in advance. Some states may also impose a waiting period if you purchase a policy for wind damage. Although most standard homeowners policies cover windstorm damage, owners without a mortgage can sometimes opt out.

If you don’t have windstorm coverage, or if you are among the 9% of U.S. homeowners who don’t have property insurance at all, insurers generally allow you to add it so long as there is no active hurricane watch.

CHOOSING A DEDUCTIBLE YOU CAN’T AFFORD

Many homeowners don’t pay a flat dollar amount per hurricane insurance claim as they would for a fire or theft. Instead, they pay a percentage of their home’s insured value before the insurer kicks in. The amount can range from 1% to 10%.

This means if your home is insured for $300,000 and you chose a 5% hurricane deductible, you could be responsible for up to $15,000 before the insurance company starts paying.

Since a large deductible generally means a lower insurance premium, you may be tempted to accept a high percentage and hope you never need to file a claim. That can be a mistake, says Lynne McChristian, director of the Office of Risk Management and Insurance Research at the University of Illinois at Urbana-Champaign.

“People should never take a higher deductible than they can afford,” she says. “The amount you save in premiums is insignificant compared to the amount you would get at claim time.”

To avoid a potentially massive financial hit, make sure you’re comfortable with your hurricane deductible and the insured value of your home.

NOT HAVING ENOUGH COVERAGE

The purpose of insurance is to ensure you can cover your costs after a disaster. But if you aren’t careful, you could come up short as expenses pile up in the wake of a hurricane.

“One big issue is underinsurance,” says Jessica Hanna, spokesperson for the American Property Casualty Insurance Association. “That only seems to come to light after a major storm.”

You may need to extend your coverage to account for high construction costs and demand for contractors after a hurricane. Also consider whether you have enough coverage to replace your personal belongings and pay the costs of living elsewhere while rebuilding.

To make sure your coverage is adequate, Hanna recommends telling your insurer about recent home improvements and keeping an inventory of your home’s contents.

“This is a good time to do an insurance checkup with your insurer,” she says. “Smartphones make it so easy now — take pictures, take videos, store it in a cloud.”

This article was provided to The Associated Press by the personal finance website NerdWallet. Doug Sibor is a writer at NerdWallet. Email: dsibor@nerdwallet.com 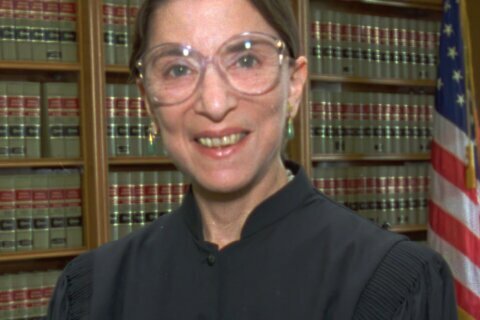