ALPINE, N.J. (AP) — A New Jersey man is facing charges after he allegedly threw a large house party in one of the state’s ritziest towns.

Police in Alpine said Monday they responded to a noise complaint on Aug. 1 in the well-heeled suburb across the Hudson River from New York City and allegedly found 300 to 400 people, most not wearing face coverings or practicing social distancing.

Tashay Knight of Newark, whom police said hosted the Aug. 1 party, was charged with recklessly creating a risk of widespread injury. He also was issued summonses for maintaining a nuisance, serving alcohol without a license and violating a state executive order on face coverings and social distancing.

Large parties have cropped up around New Jersey in recent weeks as summer hit full swing, prompting Murphy to issue numerous warnings and leading Airbnb to announce it would remove 35 listings for “party houses” around the state.

The Alpine property had been the site of another large party on July 5 and had been the source of noise complaints previously, according to Alpine Police Chief Christopher Belcolle. The owner told police he had leased the property to Wonder Boy Music Group.

Knight turned himself in on Friday, and is scheduled to appear in court on Aug. 26, according to police. Contact information for Knight wasn’t immediately available and it wasn’t known if he had retained an attorney. 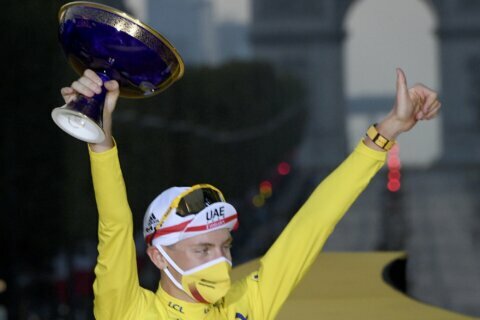 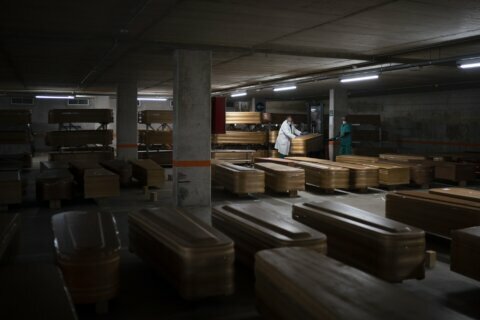 AP PHOTOS: A look at virus’s impact as deaths near 1 million