Judge: Gay couple’s child born in England is a US citizen

ATLANTA (AP) — A federal judge in Atlanta has ruled that the daughter of a married gay couple in Georgia who was born via surrogate in England has been an American citizen since birth, and ordered the State Department to issue a U.S. passport for her.

U.S. District Judge Michael Brown wrote in an order issued Thursday that the girl is not required to be biologically related to both of her U.S. citizen parents to be eligible for citizenship.

“We are so relieved that the court has recognized our daughter, Simone, as the U.S. citizen she has been since the day she was born,” Mize said in a statement. “When we brought Simone into this world, as married, same-sex parents, we never anticipated our own government would disrespect our family and refuse to recognize our daughter as a U.S. citizen.”

The State Department, which has appealed similar orders in other cases, is aware of the ruling and is reviewing it with the Department of Justice, according to an an agency spokesperson.

Derek Mize and Jonathan Gregg filed a lawsuit in July 2019 after the State Department refused to recognize their daughter Simone as a U.S. citizen. Simone was born in July 2018, three years after the couple got married.

Both Mize and Gregg are U.S. citizens and are listed as her parents on the birth certificate, but the State Department treated her as if she was born outside of marriage, since only one of them has a biological connection to her, and that triggered additional conditions for the recognition of citizenship.

The State Department’s policy treats married same-sex couples as if their marriages do not exist, treating them differently from married straight couples in violation of the law and the Constitution, the lawsuit said.

Mize was born and raised in Mississippi, while Gregg was born in London to a U.S. citizen mother and British father and was raised in London with dual citizenship.

A close friend in England agreed to be their surrogate and both men were present for Simone’s birth. The family traveled home to Decatur, just outside Atlanta, a few months later. It was when they tried to get a Social Security Number to claim her as a dependent when filing their taxes in 2019 that they ran into problems.

“This is the second federal court this summer to rule against the State Department’s policy to treat children of married, same-sex parents as children ‘born out of wedlock’ and not entitled to birthright U.S. citizenship,” said lawyer Omar Gonzalez-Pagan with Lambda Legal, which filed the lawsuit.

“It is time for the federal government to stop defending this unlawful and unconstitutional policy. No family should have to face the fear and uncertainty of having their child’s citizenship status be held in limbo,” said the lawyer, whose group advocates for LGBTQ rights.

Last week’s ruling comes on the heels of a similar ruling in favor of a married gay couple in Maryland, Roee Kiviti and Adiel Kiviti, whose daughter was born via surrogate in Canada. The judge in that case also rejected the State Department’s argument that the girl was born out of wedlock because one of her parents isn’t her biological parent.

The State Department on Aug. 13 appealed that ruling to the 4th U.S. Circuit Court of Appeals.

A federal judge in California ruled in February 2019 that a son of a gay married couple has been a U.S. citizen since his birth. The judge concluded that the Immigration and Nationality Act doesn’t require a child born during the parents’ marriage to demonstrate a biological relationship with both married parents.

The State Department has appealed that ruling to the 9th U.S. Circuit Court of Appeals.

“That pertained to surrogacy and it had nothing to do with the sexual orientation of the parents,” McEnany said. “And this — this administration, president will proudly stand on a record of achievement like leading a global initiative to end the criminalization of homosexuality throughout the world, launching a plan to end the AIDS epidemic by 2030, and easing a ban on blood donations from gay and bisexual men.” 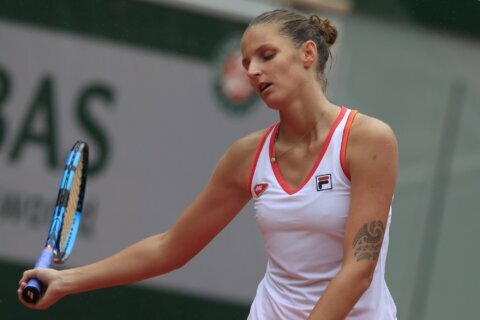 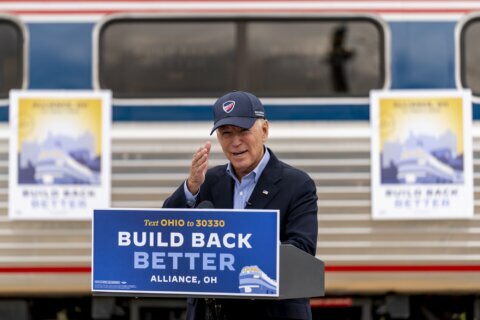