As NBA returns, so must an NBA writer in early hot spot

The schedule in New York was as good as I could remember in my years covering the NBA for The Associated Press. Superstars Stephen Curry, Kawhi Leonard and James Harden would be here. So would the NBA champion Toronto Raptors and 1970 champion Knicks, for a 50th anniversary celebration.

And with NCAA Tournament games at Madison Square Garden, I was going to cover March Madness for the first time since writing for UConn’s Daily Campus in 1995 when the Huskies won their first women’s title.

Just one problem: I was going to miss the game I wanted to see most.

Brooklyn was hosting San Antonio on March 6. Spurs coach Gregg Popovich, longtime NBA Commissioner David Stern and Kobe Bryant have been my three favorite interviews, because you could get something good but had to be good to get it. You could be enlightened. You could be embarrassed. You could get a geography lesson that goes viral with more than 17,000 views on YouTube.

Stern died Jan. 1. I wrote his obituary, then wiped away tears during a video tribute that night before a game at Madison Square Garden.

Kobe died Jan. 26. I wrote a reaction piece, then cried that night during another video tribute at MSG.

So, as we grieved our way through this saddest of NBA seasons, I wanted to see the guy who was suddenly the last one I had left.

But a “Me and My Guy Dance” was scheduled at the elementary school my two daughters attended. They were ambivalent about going — we’d just had the Girl Scouts version in February — but my wife had bought the tickets and other dads expected me. I needed something, perhaps important news, to get out of it.

So, I emailed my friend Tom James, head of Spurs media relations, hoping he’d give me some.

I’m sure we would’ve. But our plans, and our world, changed.

New Rochelle, New York, had a coronavirus outbreak, believed at that time to be the largest cluster of cases in the U.S., after an attorney who was infected attended events at a synagogue.

Often known as the setting of “The Dick Van Dyke Show,” sometimes as home of singer Don McLean — with a longstanding belief that the Levee in “American Pie” was a bar across from Iona College — we were national news after the virus struck us.

“NEW ROCH-HELL” blared the front of the March 11 New York Daily News, after Gov. Andrew Cuomo announced he was sending in the National Guard and setting up a “containment zone” that closed schools and banned large gatherings within a one-mile radius of the synagogue, which sits about 1,000 yards from my house.

So, when the NBA season was suspended and I was reassigned to the news department, I assumed it was just to report from here.

But there were so many coronavirus stories to tell: Health care workers trying to keep patients alive. Residents of a community who all knew somebody who had died.

It didn’t take long writing about sickness and death to realize it would be hard to stress much about coaching searches and free agencies again.

Then, it was back to Manhattan to cover protests after George Floyd’s death. They were peaceful during the day but, early on, destructive at night. Shattered glass crunched underneath with almost every step when the famed Macy’s on 34th Street and nearby stores were broken into, and it was sad to see many buildings boarded up just as the city neared its desperately needed reopening.

There were happy stories, though: Connecticut’s reopening for outdoor dining, seeing people getting back to life where I grew up. The reopening for curbside retail in our region of New York and visiting TP Toys in New Rochelle. As Kemesha Salmon, who’s sold me presents for countless birthday parties, lamented the challenges of the previous few months, she got a call with good financial news. Things were looking up.

Meanwhile, the NBA became an afterthought.

I checked in occasionally with league officials. I traded emails with Commissioner Adam Silver, but the only mention of Disney was the programming our kids watched, not where his league would play games.

Now the league is restarting, hoping to salvage a season in which it’s lost hundreds of millions of dollars.

I believe they’ll be safe and successful on their Disney World campus, but it’s hard to be too enthusiastic with coronavirus cases surging nearby. I wonder if it’s for them like it was for us when we were the hot spot: news helicopters hovering overhead in the morning, friends fearful of making plans.

I’ll be covering, though, eventually inside the NBA’s bubble. The first game I do will be the first since I covered Pistons-Knicks on March 8 — the first NBA game my girls attended. They thought my job was cool.

Time to get back to it.

AP basketball writer Brian Mahoney has covered the NBA for The Associated Press for 15 years. Follow on Twitter at https://twitter.com/briancmahoney. 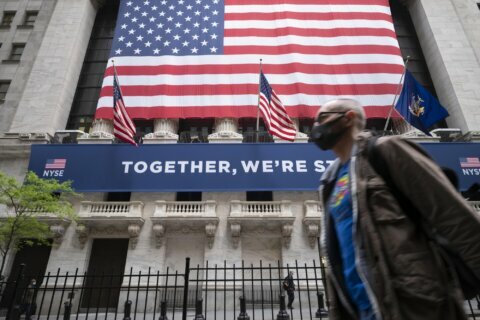 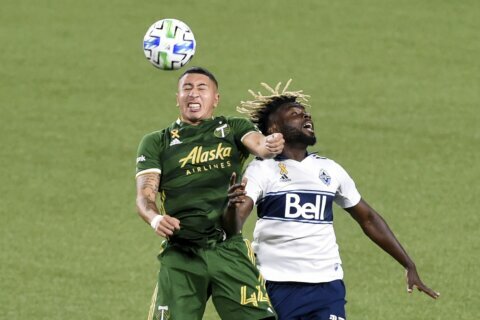