When you oversee 19 sports stations, radio programming is a daily challenge. During a pandemic, it can become like throwing…
Listen now to WTOP News WTOP.com | Alexa | Google Home | WTOP App | 103.5 FM

When you oversee 19 sports stations, radio programming is a daily challenge. During a pandemic, it can become like throwing a no-hitter, scoring a hat trick and winning a NASCAR race all in one.

Just ask Steve Cohen, SiriusXM’s senior vice president for sports, whose company broadcasts everything from baseball to hockey to soccer to football to golf to, well, you get the idea.

Cohen and his team had to devise plans for the 19 sports channels SiriusXM radio produces. Some stations have kept their programming lineup in the two months since the pandemic halted sports. Other channels taped shows that ended up airing in their normal time slots. Regardless, some quick thinking for the short and long terms was needed.

“We were totally reinventing how we do things,” says Cohen, who has been in sports broadcasting for more than three decades. “We quickly had to identify which channels needed to stay live and what was most important, while taking into account the safety of our staff.

“The day everything was postponed, we knew we were going to be challenged. Our goal throughout has been what we could do to be entertaining.”

And informative, naturally. With so much uncertainty surrounding the sports world, SiriusXM’s on-air talent needed to adjust their roles. Cohen says what has pleased him most is their transition into being talk show hosts. With a base of longtime subscribers and regular callers, keeping a daily routine was important.

“They have had to talk about Netflix and what they are doing to take care of themselves. It has been great to hear that because we are all going through this together,” Cohen says.

Even though most of the hosts already were doing shows out of their homes, they had to make some adjustments with producers having to work remotely.

The Mad Dog Sports Radio and NFL Radio channels — two of SiriusXM’s most popular sports outlets — were able to run close to normal because of NFL free agency and the draft. Mad Dog Sports Radio also maintained its lineup and was able to delve into other topics throughout the sports world.

Former NFL team executive Pat Kirwan, the longtime host of NFL Radio’s “Movin’ the Chains” afternoon show, has been working almost exclusively from home since he was hired in 2004. The only times he sees co-host Jim Miller, the former NFL quarterback, is when they are at the Senior Bowl, Super Bowl, training camp or league meetings.

Kirwan explains that technology has progressed greatly during his 16 years with the network, going from using ISDN lines that had to be installed for home studios to a high-speed fiber internet connection that delivers better quality.

“We can do a show without seeing each other. The only time we step on each other’s toes is when we want to,” Kirwan said. “Every couple of years the technology takes us to a deeper and better place.”

Which certainly has come in handy the last few months, particularly during the NFL draft, when SiriusXM covers every selection.

Adam Schein, who hosts a weekday late-morning show on Mad Dog Sports Radio, rarely worked from home before the pandemic because he preferred being in the studio. But he notes he’s adapted well to not being in the studio — and the shows remain rewarding even when the regular assortment of topics are not available with no games or events until last weekend.

“The calls to the shows have been excellent. We still have our regular callers, but there have been a lot of first timers,” he said. “In the beginning, there was a ‘Groundhog Day’ quotient to everything, but there have been some great moments with me and others talking about their family and what they are doing.”

Balancing what listeners are accustomed to with adjusted programming because of the pandemic has been an important step.

Most channels have kept a semblance of their daily lineup but have taped their programs. Even those shows have required last-minute changes. NASCAR Radio host Dave Moody said there were times they had to rerecord new segments for his afternoon show because news was happening. The biggest example was Chip Ganassi Racing firing driver Kyle Larson after he used a racial slur, and replacing him with Matt Kenseth, who came out of retirement

With NASCAR returning to racing last week, the channel has gone back to live programs.

“A big part of our show is based on talking to fans, but we couldn’t do that,” Moody says. “No one held that against us: Everyone’s lives got changed. They were appreciative that instead of going off the air for six to eight weeks we were doing some content to keep them informed.”

The NASCAR hiatus also had a side benefit. Star driver Kevin Harvick elected not to do his “Happy Hours” show this year as he cut back on some media appearances. But Harvick revived the show during the layoff.

“To have the opportunity to talk with the fans during this pandemic was important for me, as well as for our sport,” Harvick says. “We feel like it filled a huge need not only for myself, but for our fans and our partners.”

The channels also have tried to address various issues during the pandemic, as well as informing listeners to turn to Doctor Radio on SiriusXM for coronavirus updates.

Duke coach Mike Krzyzewski had Dr. Anthony Fauci, the federal government’s top epidemiologist, as a guest on his “Basketball and Beyond with Coach K” weekly radio show. There’s also been a “Sports from the Sidelines” series in which athletes have gathered for virtual roundtable discussions about how they were dealing with sports on hold, and trying to stay active for whenever their seasons resume.

Even with commutes to the office on hold pretty much everywhere, many of the 34.8 million total subscribers are still tuning in by accessing the SiriusXM app on their phones or via portable home speakers. A company executive recently said that overall weekly active users via streaming have increased 30% since January.

“The way everyone has jumped through hoops to make things happen and reinvent the wheel is phenomenal. It didn’t take 30 days to make executive decisions, it took 30 minutes,” Moody says. “In terms of reacting quickly we all found a way.” 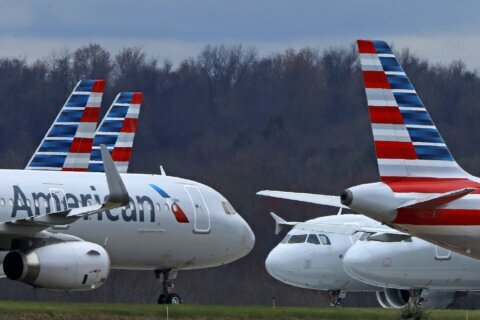 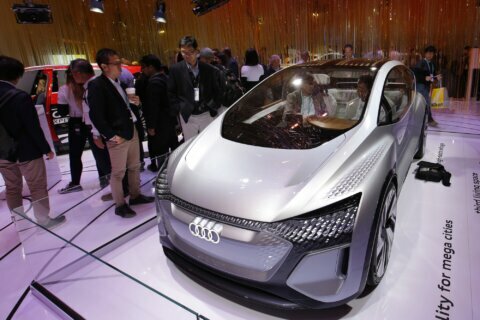